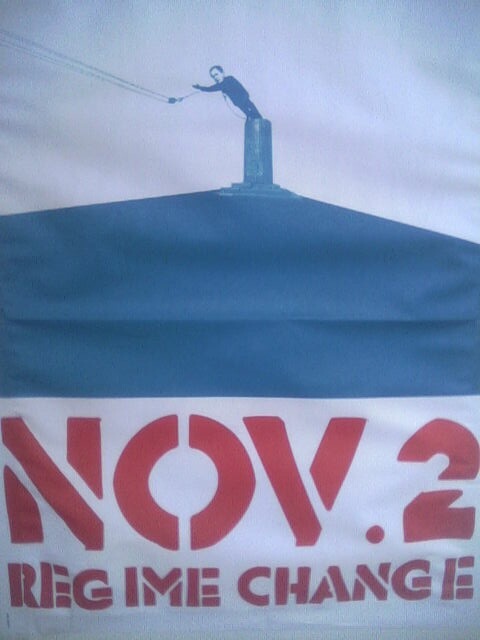 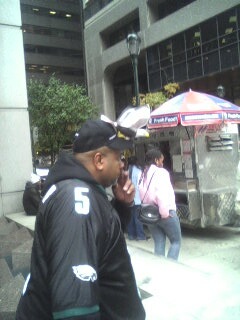 As he ascended from the subway, his hat flapped. 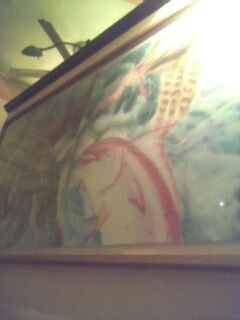 The fishes were the only painting that didn’t change at Cafe RX since the last time we ate there. We were waited on by Scary Spice, who is our favorite; she likes us too, but probably only because we tip 25% on dinner. 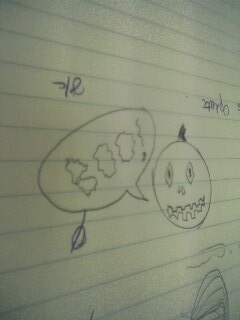 Sometimes after five we get a little bit punchy. 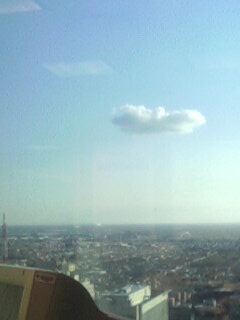 Via my (now-daily) addiction Electoral-Vote.com, here’s an excellent article about the so-called “incumbent rule” and why Bush might not be doing as well as the media would have you and I believe. The “media narrative” definitely proffers a good deal of “Bush will carry it” propaganda, but honestly I think it’s just in respect and deferrence to an incumbent. I wish I could remember the poll coverage from Bush Sr.’s loss to Clinton to confirm this claim.

Just a reminder: vote, or stop talking to me. Seriously. Forever. I don’t care who you vote for, or if you think the electoral college is stupid, or if you are trying achieve the zen state of existence that is Reality Bites. Vote, or shut the fuck up.

About half of my department is just now leaving to see the Kerry/Bush/Bon Jovi rally in Love Park, though it is reportedly already packed solid. It’s strange to feel the crackle of political energy in the workplace; the majority of my co-workers are liberals, but elevator conversation ranges from talk of the rally to chats about the infallibility of Bush. As one of the youngest employees in the building, I wisely keep my mouth shut – as strongly as I believe in my politics, I will be the last one to bring them up in an elevator with corporate suits flanking me.

And, while we’re rounding up links, Ashlee’s Simpson’s lip-synch gaffe is perhaps the funniest moment I’ve seen on SNL in over a decade. I won’t ruin the fun for you; see it here. I really wanted to believe that the junior Simpson actual had the musical chops her album represents, but after this debacle I wouldn’t be surprised to find out that she didn’t have a hand in writing as much of her album as she’d have us believe. I look forward to the post-event spin on this one, considering the band and computer failure have already been blamed.

Who are we kidding, I wouldn’t have been surprised to hear about that in the first place. Somewhere Avril is giggling. Also, netted from that MeFi thread, Kaki King’s new video. Watching her play melts my music synapses.Take a look.