Welcome to my Pre-Season Power Rankings of the queens of Drag Race Philippines Season 1!

Even though I watch every franchise of Drag Race no matter the language,  I’ve shied away from recapping or ranking international editions of the show in the past. 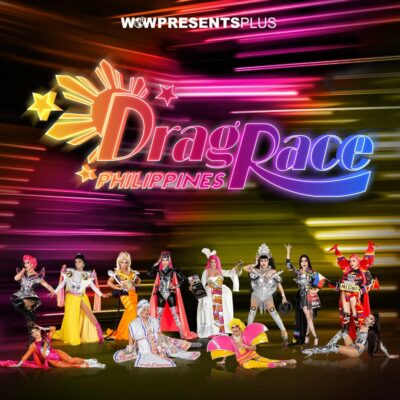 My hesitance is for the very reason RuPaul makes a wobbly host of Drag Race Down Under! (Sorry, Ru, but it’s true.) Even if I had someone to explain every linguistic and pop culture reference to me live through an earpiece, there are so many nuances that are lost in cross-cultural communication.

That not only includes nuances lost to translation and idiomatic expressions, but also different fashion and beauty sensibilities across cultures. What might seem like an uneven silhouette or an off-trend brow in one country might be the standard of beauty in another.

This has been part of the internal struggle of the many non-English language Drag Race franchises, as they try to apply American drag standards set by Ru on the flagship for runways, lip syncs, and comedy performances to their local queens.

I think of all of the franchises, it has been Drag Race Thailand that has achieved this the most authentically. Part of that is because they don’t try to make the show look or sound like the American version, even while having queens do things like play Snatch Game and Lip Sync For Their Life. By contrast, Drag Race Holland often feels as though they are trying to be the most-seamless brand extension possible – including judging queens on the American drag rubric, even while they are putting nationalistic pride on display.

While I’ve always been aware of this, I think watching Drag Race France – where I understood some of the language, idioms, and culture – really drove it home the differences for me. That is because I finally had the opportunity to understand them in context thanks to speaking just enough French and being just enough of a Francophile. After seeing that and writing about that franchise for the past few months, I feel a little more comfortable in finding a way to write about the international franchises without forcing my own anglocentric opinions on how the queens ought to look and act.

(This is especially true when it comes to interpreting personalities! I’ve certainly learned that lesson in New Zealand, where even in another English-speaking culture my personality comes off completely differently than it does in the states.)

This is now my fifth Drag Race pre-season ranking of the year, and it is by far the hardest one I’ve done so far. So many of these queens strike me as strong contenders with few flaws in sight. I’m not sure a single one of these predictions will hold up in the long run – but, it’s still fun to make them! Sound off in the comments below – do you agree with my ranking, or do I have it totally out of order?

As a reminder, these pre-season power rankings are entirely based on each queen’s “Meet The Queens” interview segment as well as a quick browse of their social media. It’s not a judgment of their abilities or their worth as artists. It’s a guess at how well they will perform on the show based on my first impression of their drag.

If you want to watch Drag Race Philippines outside of the Philippines and Canada you can sign up for WowPresentsPlus to watch the many worldwide Drag Race franchises for $4.99 a month or $50 a year. (Note that if you’re in the home country of a franchise you will need to use a VPN to “visit” another country to see that content.)

Readers, start your engines! And, may the best drag queen win! END_OF_DOCUMENT_TOKEN_TO_BE_REPLACED