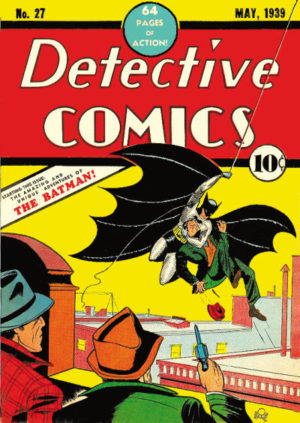 Batman is one of the longest-lasting and most-enduring heroes in comics, published continuously from his debut in 1939 through present today. He’s also surely the most popular character, as proven month-in and month-out by the sales of his title being use as a benchmark against which all other titles are measured.

This page acts as an table of contents by chronological era of where to locate Batman and his titles throughout the Crushing Crisis Guide to DC Comics. Want an alphabetical index instead? Head to the Index of Batman Ongoing Titles.

Golden Age Batman (view on CBDB) made his debut in the historic Detective Comics #27.

Unlike many of DC’s Golden Age characters, the Batman of these early stories was never explicitly made the “Earth 2” Batman – although many authors use that Batman interchangeably with Golden Age Batman.

None of these titles are yet covered by guides. 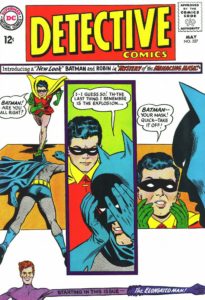 The first appearance of Silver Age Batman (view on CBDB) is considered to be Detective Comics (1937) #327. That issue distinguishes the Earth 1 Batman from stories of his predecessor. A key visual distinguisher is the yellow circle around the bat emblem on the chest of his costume.

None of these titles are yet covered by guides. 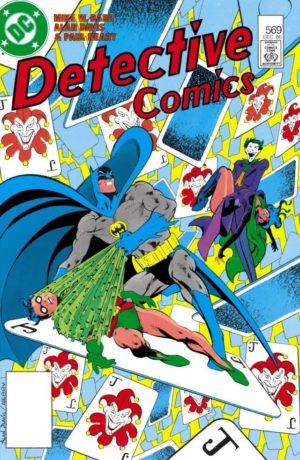 Titles where Batman stars or appears in a majority of issues, chronologically by debut:

Plus, the following Bat-family characters and titles: 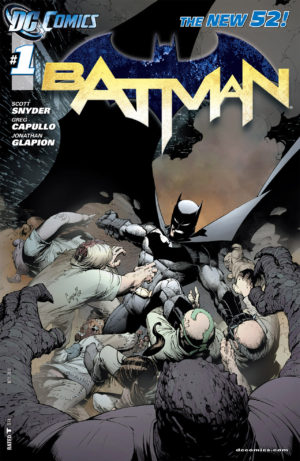 Much of Batman’s in-continuity stories were left intact, including most of his established Post-Crisis history of Robins as well as Dick Grayson’s recent time as Batman. Specific incidents like Knightfall seem to have been abridged in scope to fit. Some Batman events related to other heroes (like the Justice League) are necessarily different due to their alternate histories in New 52.

As you can imagine, that created a lot of contradictions and paradoxes. It’s best not to think about the timeline of things too hard, since Rebirth rips the band-aid off this clumsy retcon (and even makes it clumsy by design).

For a comprehensive guide to New 52 collections, including all of these titles, see DC New 52. Some titles also appear on an individual guide page of titles listed here in alphabetical order (since they all debuted within the same time-frame): 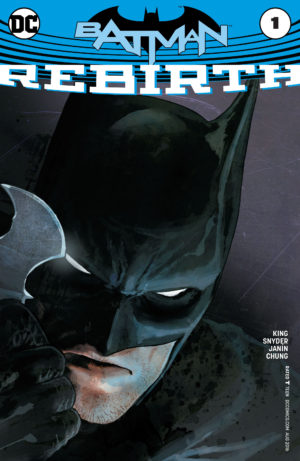 Batman is fundamentally unchanged by the transition from New 52 to Rebirth, except for one critical reveal –  that all of the DC heroes experienced a decade of stolen time as part of New 52. This both accounts for the missing elements of time and continuity as well as helps to soften the dissonance of the various paradoxes it created.

For a comprehensive guide to Rebirth collections, including all of these titles, see DC Rebirth. Some titles also appear on an individual guide page:

Back to Crushing Comics: The Definitive Guide to DC Comics