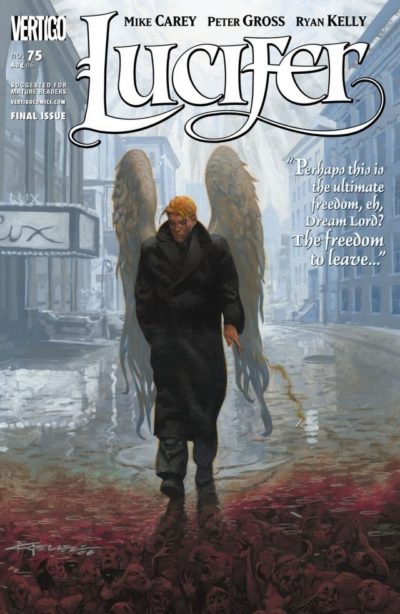 We first meet the DC Comics Lucifer of the Sandman Universe in The Sandman (1989) #4, where he is modeled on Space Oddity era David Bowie. He is a prickly and clever opponent for the still-recovering Morpheus, but one who allows for a battle of wits with his proxy rather than a physical confrontation.

That’s why it’s so surprising when Lucifer abdicates his throne in “Season of Mists,” handing the key to his kingdom to his former foe, Morpheus and decamping to the mortal coil to live on Earth.

Lucifer continues as a supporting character through the end of Neil Gaiman’s run on Sandman, also appearing in The Demon and Books of Magic in the 90s. When we find him in Mike Carey’s 1999 mini-series, he is running a piano bar in his exile when an agent of Heaven asks him to intervene in a human wish-granting scheme.

This highlights the central conflict of this version of Lucifer. Does he have free will? Does anyone? In choosing to abandon hell or aid heaven, is Lucifer flouting the shape of God’s plan or going along with it? This Lucifer seems to yo-yo between rebellion and self-destruction, never quite sure which which will cause more deviation from God’s plan.

Generally, Lucifer’s most-significant appearances prior to his series are entirely in Sandman, as it was Neil Gaiman who was developing the plot beats for him that would stick. 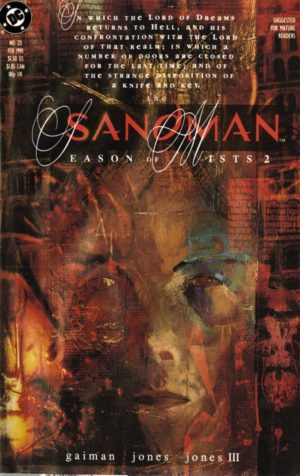 The Sandman (1989) #4: See Guide to The Sandman Universe. This is Gaiman’s iconic introduction of Lucifer, which can be read as a standalone story.

A year after his original Mike Carey mini-series, Lucifer returned under Carey’s pen for a series that ran just as long as Gaiman’s The Sandman!

in a pair of oversize hardcovers… 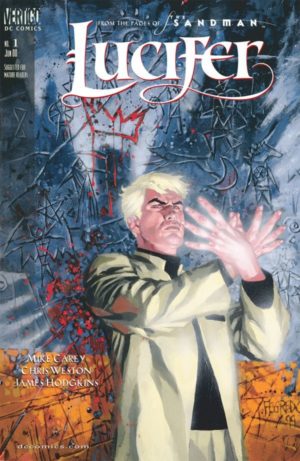 Around this time, Lucifer appears in Death: At Death’s Door (2003) OGN SC

Lucifer disappears from the DC/Vertigo Universe after the end of his series. In December 2010, he appeared in House of Mystery (2008) Halloween Annual 2. 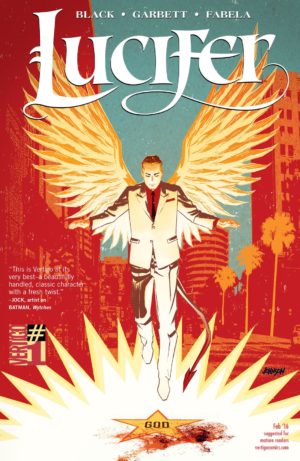 Though launched in 2016, this Lucifer volume was not a DC Rebirth title and never carried the Rebirth cover banner.

Vertigo and Neil Gaiman relaunched The Sandman Universe in 2018 into four new ongoing books, which included a revival of Lucifer by author Dan Watters. Though it began in a somewhat confusing and terrestrial fashion, it quickly escalated to a massive heaven-and-hell story worthy of the groundwork laid by both Gaiman and Carey.

Vol. 4: The Devil At Heart (2021 paperback, ISBN 978-1779507556 / digital)
This was a direct-to-trade original graphic novel to resolve the series with no corresponding single issues of the story arc.

In this period, Lucifer also appears in Justice League Dark (2018) #1

Didn’t find what you were looking for?
Check Amazon for the newest DC Comics Lucifer titles