You are here: Home / consume / reviews / Recommended: The Bird and the Bee – A Tribute to Hall and Oates

Krisis’s Recommended Releases of 2010:
The Bird & The Bee – Interpreting the Masters Volume 1: A Tribute to Daryl Hall and John Oates

I won’t lie – I immediately discount the quality of cover records.

As a musician I certainly understand the allure. Whether it’s the sheer joy of performing a favorite tunes or having a new interpretation on an old favorite, there’s something special about inhabiting someone else’s song. 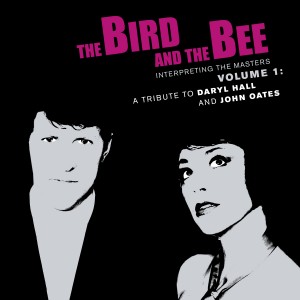 But a whole album? Arrangements, studio time, pressing CDs, promotion – all for someone else’s songs that have had that same attention foisted on them before? It takes a pretty special artist-and-cover combination to make it seem anything but indulgent.

Enter The Bird and the Bee, a duo producing delicate, lounge-tinged electro-pop, and their 2010 record indulged not on covering a bevy of favorite artists, but just one: Hall and Oates.

Daryl Hall and John Oates amassed a towering number of hits in the 70s and 80s that will strike you as instantly familiar even if you don’t recall them by name. Somehow, the pair of Philadelphia sons fell out of favor with the past two decades of rockers. Bird and Bee make amends for the oversight by re-recording nine of Hall & Oates’ biggest hits with an obsessive eye to detail on On Interpreting the Masters Volume 1: A Tribute to Daryl Hall and John Oates.

The markers of Hall & Oates are present on every song – articulate and playful lyrics, groovy bottom-shaking bass lines and shimmering multi-part harmony. Really, as you hear these versions it’s hard to imagine what’s missing from the originals, no matter how well you have them committed to memory. 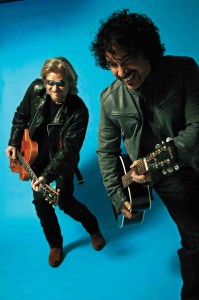 That’s all well and good – reconstructive surgery, an exercise in mixing board plastics. They do it every week on American Idol and Glee, and it’s usually both as sweet and as substantial as cotton candy.

Are these takes any different?

Yes. Yes yes yes, a thousand times affirmative. Interpreting the Masters is cotton candy sweet but with a rock hard center that can last through endless replays. It is a record of lasting quality, and definitely not an indulgence.

The band pays deliberate, loving tribute to Hall and Oates with electronic arrangements that are elastic but not overboard. They stretch around the originals to cocoon familiar songs with subtle enhancements. “Sara Smile” is the same slow-dance, seductive ballad;“Maneater” barely differs from the original, still thrillingly sparse.

At points the fidelity is so close that it sounds like the originals were remastered, gleaming with modern production, only in the process a seductive female vocalist was discovered on the master tapes. But unlike a remaster, this isn’t just a nostalgia act for dedicate fans. Knowledge of the originals is in no way a prerequisite to enjoying these songs, each reimagined as a modern day pop masterpiece in its own right. 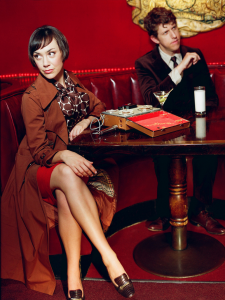 ...and the interpreters - The Bird and the Bee

Vocalist Inara George brings so much depth to her delivery – much more than the detached croon she adopts on the band’s familiar originals. She plays the coquette only on “I Can’t Go For That,” a genius read on the aloof lyrics. The original groove is dressed up with trickles of organ and descending synthesizer riffs, all of which are torn verbatim from the original but given more weight here.

Lead-off “Heard It On the Radio” received the most substantial reinterpretation, made aggressively modern and adorned with tiny blasts of electric guitar. George lets in a hint of weariness on the verses “Kiss On My List” before urgently confessing, “your kiss is what I miss when I turn out the lights.” “Rich Girl” has wheezing electronics that sound like cathode television sets blinking out over and over again. The song’s kiss-off sounded playful from Hall & Oates, but George delivers it with girl-on-girl violence – a subtle take on verses (with lyrics like “you’ll never be strong”) married to her pointed read on the chorus (admonishing, “it won’t get you too far”).

Interpreting the Masters Volume 1: A Tribute to Daryl Hall and John Oates is the best kind of cover album – it expands the palette of an inventive band, and finds ways to breathe new life into originals that never died out to begin with.

It’s hard to imagine the band mining any other pop catalog with similar results (adding a number to the title suggests a Volume 2?), but what non-Philadelphian would have guessed that they’d find such sure success with Hall and Oates?