In the rush of rehearsals and shows this fall, I flagged this quote in the hope I would later have the time to give it some deeper thought:

Every artist has an obligation to be a kind of researcher, whether its within the technical/formal aspects of their medium, the boundaries they push, or for the cultural knowledge they are producing. 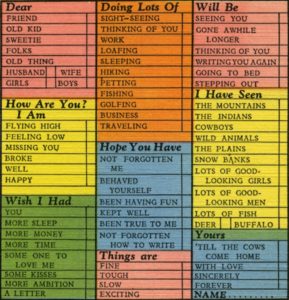 The quote comes from an interview with visual artist Kelsey Halliday Johnson (via Maria’s tumblr), and it identifies why I am so obsessed not only with consuming art, but also by the process of creating art.

One of my major fascinations with comic books is the ridiculous range of people and objects that the artists must render – some of which are not even remotely based in reality. Ever since I started reading comics I have wanted to be able to draw, but even if I could draw figures or houses or cars how would I know how to draw dinosaurs or doomsday devices or dimensional gates?

Of course, that challenge faces a whole range of designers and artists – it’s not limited to drawing fantastical fights between superheroes. Does an architect know their history enough to design an addition to a Tudor Revival home?

Similarly, when I write songs I am drawing on the sonic vocabulary of every song I have ever heard before. That’s not to say I am plagiarizing. It’s more like a game of memory. That’s how Aural Training works – you learn to remember intervals, rhythms, and notes by memorizing other works that include them.

When I hear a song for the first time, whether it’s mine or someone else’s, I think, “that little melodic leap is from Juliana Hatfield; the quick chord change is David Bowie.”  My ability to hear those snippets evaporates over time as the song becomes its own gestalt; I’ve taken to jotting down the little earwigs when I first write something new so I can fondly recall them years down the line.

Can I write a song with parts I’ve never heard before? Yes. Would it come to me as easily without thousands of other songs on my brain – a lifetime of sonic research. Probably not.

Halliday Johnson’s entire interview is fascinating, I suggest you give it a read.