You are here: Home / consume / Crushing On / #MusicMonday: I Blame Coco – “Self Machine”

This post is about a song I have never heard that you cannot buy.

So much good new music arrived in my mailbox last week – Amanda Palmer, Adrien Reju, and Juliana Hatfield – and the coolest part is that I sponsored it all! Juliana Hatfield’s new LP was truly a surprise – an all-covers project with no hint of the setlist or direction when I pledged my support. Given that Hatfield’s past decade of albums have ranged from minimal acoustic to grungy indie rock, there was really no telling what would arrive.

When it showed up in our mailbox last week I did what you would expect and likely do yourself – I listened to the covers of songs that I knew. The version of “Learn to Fly” was delightful! I’m still digesting the rest of it.

Anyway, this is not a post about Juliana Hatfield (partially because Ms. Hatfield doesn’t have her album up for streaming/sharing anywhere – oh noes!). It’s about one of the songs she covered, a pretty and ingenious bit of sfi-fi tinged heartbreak called “Self Machine,” originally by I Blame Coca AKA Sting’s daughter, Eliot Paulina Sumner. 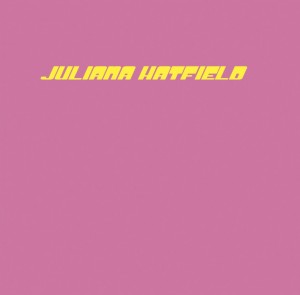 The Hatfield version of the song first came on as E and were running errands on Saturday, and you could almost draw a dotted line from our ears to the car speakers as they perked up. Not only is this a great song, but it brought out the best in Juliana Hatfield. Her singing is tuneful yet bruised, suspending by pulsing, buzzing synthesizers like a man laying on a bed of nails.

It’s one of her best songs in years – maybe ever.

Which brought me to the original I Blame Coco version. It’s good. I’d probably give it four stars if it came up on my iPod. But, in my first and only listen to the original version above, Sting Junior does not bring that same powerful fragility to the song. It’s too strident – too much declaration, not enough regret.

Of course, I wouldn’t know that without listening to Juliana Hatfield’s version. She took a good song and exploited it’s flaws in the best way possible. Her version is the more definitive of the two, in my mind.

Even if it was the I Blame Coco’s version I was obsessed with, her LP Constant isn’t available in the US, nor is the MP3 of this song (though you can buy the LP as an import).

The Juliana Hatfield version, which I am obsessed with an firmly believe you should buy, is not available for download anywhere, and Amazon only has a single copy of her CD – or, you can buy it directly from her.

Two versions of an excellent song, both trapped in the internet machine, unable to shake free.