You are here: Home / consume / comic books / New Comic Guide: All of the Robins!

This is the final of four weeks of Bat-Guides before we switch to a a more “universal” theme for the next few weeks. And, you can’t have Bat-Guides without The Definitive Guide to Robin(s)! 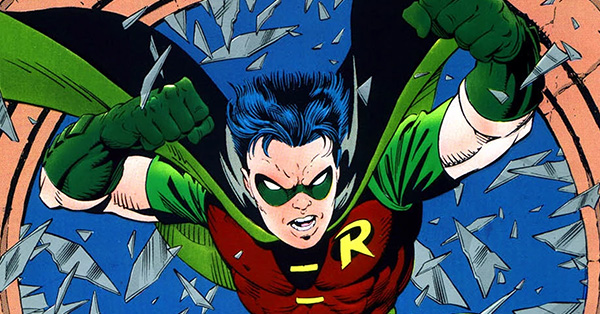 This guide tracks each Robin for as long as they bear the title from Dick Grayson debuting in Detective Comics (1937) #38 to Damian Wayne’s current reign as the Boy Wonder.

Before starting this guide I knew there were four distinct Boy Wonders (and one Girl Wonder), but I was confused about who was Robin when. It seems like Grayson has been Nightwing since time immortal – I’ve never read a story with him as Robin that wasn’t a flashback! When did he get upgraded?

Plus, I remembered Jason Todd dying back in the 80s (and coming back in the 00s), but when did he initially arrive? And, while I’m now a Damian Wayne expert from working on the Morrison Batman guide, what exactly was a Red Robin and when did Tim Drake start calling himself that?

I untangle all of those questions in this guide. It’s Robin-centric, so it does not follow Nightwing and Red Hood into their post-Robin adventures (they will be covered by future guides).

What it does do is track every Robin title, plus all of the many Robins’ appearances in Batman flagships and Titans titles from the Golden Age through present.

Plus, the Robin(s) Guide has a few new elements, including collapsable sections for lengthy issue lists and links back to the top of the TOC.

Okay, now it’s time for the tough question: Who is your favorite Boy Wonder? Post-Robin careers don’t count (a-hem, Nightwing). I’m talking about who was the best Robin?