It’s the ninth week of new comics in 2018, and This Week in X we have an unusually light week of X-Men. There are just three new titles and three collections to cover, although one of those collections is a really big deal to me! 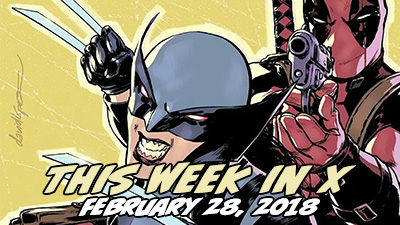 Learn more about how each of those series reached their current issues and hear which ones I’d recommend picking up. Plus, learn what new X-collections are out this week, including Legion – Son of X, New Mutants, and Weapon X!