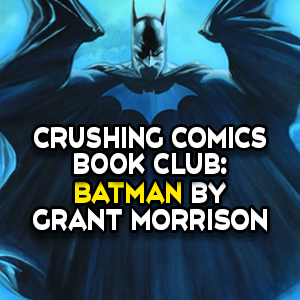 Welcome back to Crushing Comics Book Club for Batman by Grant Morrison!

The Black Glove is a story that HEAVILY references several stories in The Black Casebook, since it features Batman’s full cast of international imitators!

For this epic (re)read, Harry is our expert – he loves Batman and Morrison, and he has read this run multiple times. Fariha is our intermediate – she has read plenty of Morrison and DC, but not this run in full and never any pre-90s Batman. And, Peter is now the novice – he’s read some of this run before, but otherwise this is his FIRST TIME reading ANY pre-New-52 Batman! 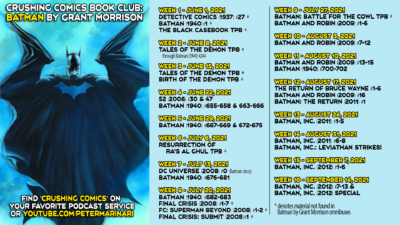