You are here: Home / consume / comic books / How to slim down your comic collection

I have too many comics. 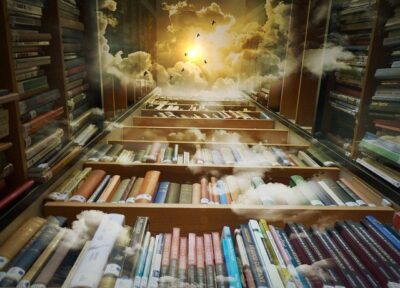 All told it represents over 30,000 individual issues. That’s why I have an occasional YouTube show called “Shelve, Store, or Sell?” where I work on thinning things out (but mostly wind up moving more things from the stacks to the shelves).

“Too Many Comics” is a relative amount. I have too many comics for me, today, in 2022. Me in 2012 would’ve delighted in this collection! For some people, “enough comics” looks like one shelf on a bookcase, and any overflow must be mercilessly sold. For others, it’s seemingly every comic ever printed.

I fall somewhere in the middle. I started expanding my childhood collection in 2010, before Marvel Unlimited and Marvel’s collection program both really exploded to offer widespread coverage of nearly everything. Mapping every X-Men comic book meant buying hundreds of uncollected issues. If I wanted to create a comic guide for a Marvel character and read all of their appearances along the way, that started with buying.

Would I have made the same decisions in 2020? Oh my goodness, no. Marvel is now systematically working through their back catalog through Masterworks, Epic Collections, and Complete Collections, leaving very few stones unturned. Every issue that winds up in one of those books is also on Marvel Unlimited. For less than the cost of one omnibus a year, you can read all of it, any time you want. DC is slowly moving in the same direction with their DC Universe service (though other publishers now all lag behind thanks to the shuttering of Comixology a few months ago).

Which brings me back to my too many comics. Deciding to slim down your comic collection isn’t easy. Sure, you can Marie Kondo it and “keep only those things that spark joy,” but what does “joy” even mean when it comes to a huge collection of collectibles? You might be happy you own a copy of Uncanny X-Men (1963) #137, but you might not plan on having a meaningful interaction with it once a month, or even once a year. 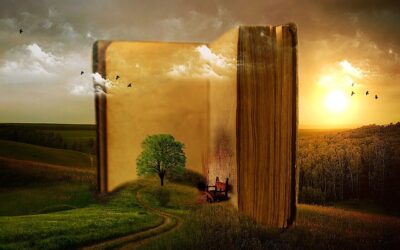 As I’ve shot the “Shelve, Store, or Sell” series, I’ve settled on my own paradigm for evaluating which of my “too many” comics are “just enough,” and I think it could be helpful for anyone with a too-large comic collection. (It also works for books, movies, music, or any other form of consumable media.

What do I own for the purpose of reading it for the first time? Am I ever going to do that?

What do I own for reference purposes, including books I just enjoy flipping through or lending? How often do I actually touch the book?

What do I have purely for collecting? Why? What do I gain, monetarily or emotionally, from having it in my collection for another year compared to getting rid of it?

Want to understand more about each of these criteria and how I decide if a book qualifies? Keep reading!

First, I look at my collection and ask, “What do I own for the purpose of reading for the first time?”

If you’re in the habit of doing this with any regularity, chances are your “to read” pile has started to dwarf your “already read” pile.

I’ve read well over ten thousand comics in my life, but even if they were all exclusively from my physical collection that would still leave another twenty thousand unread! If I haven’t read a physical comic yet, how much longer do I expect to wait until I read it? Is it in the format I’d actually like to read it in? Is it effectively “free” on MU/DCU since my subscription is already paid?

I have collections and floppies that I’ve now owned for 12 years that I’ve never read. Sometimes that’s because I’ve read them in a different format – something I bought a floppy of that later got collected. Others I’ve never read at all.

If I don’t have them in my plan to read them physically sometime in the next two or three years, is it ever going to happen? It might be time to give up my physical artifact.

Next, I ask, “What do I own for the purposes of re-reading?”

This is the core of why most people start to maintain a shelf of collected editions. They pick up the runs they loved on first read in floppy or digital so they can enjoy them again.

Even with my voracious reading habits and unending to-read list, there are some books I’ve read again and again. I’ve been through my Uncanny X-Men, Vol. 1 omnibus many times. I re-read Rucka & Lark’s Lazarus constantly.

If I’ve re-read something before, that’s a strong indication I’ll re-read it again. If not, when do I plan to? How often? Do I have the ideal version for me to enjoy a re-read? Is it a comic that benefits from flipping through physical pages, or might I prefer to zoom in on digital artwork?

I think this aspect is hard for those of us who grew up before digital media was a widespread phenomenon. When I was a kid and had an obscure prose novel I enjoyed the first time around, there was no guarantee it would come back into print or be available at a library. eBooks didn’t exist. I had the hold onto that dusty tome for fear that I would never have the chance again.

That FOMO element is largely gone in the modern day. That’s certainly the case for just about any comic or comic collection coming out in 2022, though there are plenty of indie comics from the last century that mighty never be recollected or reprinted.

Ultimately there are going to be many pieces of media you liked enough the first time around to think you might re-read, or re-watch, or listen to again. I find that many fewer things wind up actually consumed again. Sometimes if something hasn’t made it back onto your reading list for years, it’s a sign that the re-read is never going to happen.

What does “reference” mean? Probably something different for me than it does for you, since I use comics for citations in my guides.

“Reference” boils down to how many times you touch a book without re-reading it.

In a real life library, not every book exists to be checked out and read from cover to cover. Some of them are reference books that you’re not even allowed to check out! The same is true for your own collection. You might page through something for the art, for a handy guidebook page, or to inspire your own creative projects. Or, maybe you just lend it out a lot!

I often think of this in terms of a “Morgue File.” In the pre-digital world, comic artists used to keep a morgue file that acted as their own personal catalog full of art reference. If they had to track down an illustration of 17th century ship’s canon one time for a scene about naval warfare, you better believe they kept a copy and filed it for future reference. Part of that was utility, but part of it came down to a sort of FOMO of losing that original reference clipping and needing it again.

Now the entire interest exists as a morgue file, and many longtime illustrators are purging theirs. Now even regular people have a digital version of a morgue file in the form of a folder of favorite memes and reaction gifs.

Your favorite classic artists don’t need a morgue file for reference anymore, and neither do you!

So, how do you figure out what stays and what goes? In a physical library, this is why librarians ask you not to re-shelve books yourself! They’re tracking every touch on a book as a time it was referenced, even if it wasn’t checked out.

I don’t have a personal librarian, so it’s up to me. Have I referenced it? How often? Would it be more convenient to have a digital version? So much of what I used to reference physically while putting together every Marvel guide is now digital, but I do keep a set of well-worn “Index to the Marvel Universe” books that I crack almost weekly.

Collecting is the trickiest of these categories, because often collecting is its own goal. You own something to own it! Getting rid of it would mean not owning it! Why would you want to do that?

Here is where Marie Kondo becomes relevant again. What is the quality of the joy you get from keeping a thing in my collection?

What do I gain, monetarily or emotionally, from having it in my collection for another year? Do I have a sentimental connection to it? Is it appreciating in value? Does it complete a set of things that I use or reference more often?

How do those benefits compare to what I gain from getting rid of it? Would I have more space? Would I profit? Is it one less thing to worry about moving the next time I have to mobilize my entire collection?