Another season of RuPaul’s Drag Race has come and gone.

Several, actually. We’re already on a third one this year, with Drag Race Espana giving us no chance to rest after the run of UK vs. The World and the final of RuPaul’s Drag Race Season 14, with another one season starting later this month and more already shot and ready for announcement. 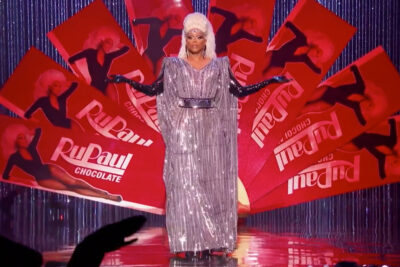 The series coming later this month is an All-Winners edition of All-Stars, and between the Season 14 finale this weekend and the upcoming parade of winners I’ve been thinking a lot about queens who do well on Drag Race versus queens who win.

If you look at the winners of all of the regular seasons of American Drag Race, I don’t think we could say any of them are solely a lip syncing, dancing, performing queen. That’s an important part of drag culture and drag performance, but often the winners of Drag Race aren’t the best lip syncer of the season – even now that each season culminates in a lip sync for the crown.

Bebé, James (fka Tyra), Raja, Sharon, Jinkx, Bianca, Violet, Bob, Sasha, Aquaria, Yvie, Jaida, Symone, and this weekend’s winner (no spoilers, here!) all share something in common, and that’s perspective. They each bring an eye for drag that is uniquely their own, and often talents along with it.

Not everyone can have Sharon’s spooky glamour or Bob’s killer comedy chops. Even if we zero in on the queens on that list that seem a little less unique in their skills, they brought something else to the table along with that. James had her unflappable confidence and her masterful seamstress skills. Aquaria had a depth of fashion knowledge and pop culture reference unheard of for a queen her age. Jaida brought pageantry alongside impeccable styling and a deadpan sense of humor that invited us to laugh with her and at her.

If other queens won those seasons, could we say the same for them? I don’t know. I think there’s a certain inevitability to the artists who win Drag Race because I understand now that RuPaul is looking for that perspective in her winner. Some of the runners-up had perspective (Kim-Chi especially stands out), but others don’t feel like the could bring what the winner brought in that moment even if they seemed neck-and-neck at the time and have blossomed afterward

(Courtney Act and Brooke, two of my all-time favorites, both illustrate this perfectly. They are both stunningly perfect drag queens, but neither of them were at the height of their powers at a potential winner. They had more to do. They had more perspective to form.)

This is why it’s almost a slur when RuPaul simply labels someone “professional.” Professionals don’t have perspective because they are adaptable. RuPaul is a professional now, but that’s not how she came up in the world of drag. She didn’t have a BFA or a background in professional theatre. She was a punk. She was a chameleon. She was not adaptable, but she hustled to make things work when she needed to.

She is looking for that same punk hustle in a regular season winner. It doesn’t mean you have to have a punk rock aesthetic. It means you’ve got to have a way that you see the world and reach out to demand things from it.

(All-Stars is another matter entirely. It’s a test of how well you did in your first time through RuPaul’s finishing school for queens, and much more of a test of success at the format rather than in uniqueness. That takes away nothing from those six Hall of Fame winners, who are some of my favorite queens. It’s just a different game.)

This all brings me to Lady Camden, one of five finalists in last week’s Drag Race finale. 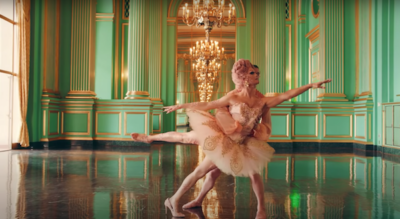 On paper, she looks a lot like another Brooke, or maybe even another Jan or Rosé. She is a classically-trained ballerina and a formidable actress. She’s been doing this her entire life. She found drag later and channeled her ballet into it, but she comes the most alive when she’s dancing.

That’s how I felt about her after her first win, for an acting challenge. But, as the season progressed, something changed. I began to see her perspective. She wasn’t a ballerina being a drag queen. She was a drag queen whose entire concept was informed by movement and body awareness, from her fashion to her lyrics in the finale song.

It’s something I had been feeling for weeks, and it came together for me when I saw this amazing performance from Camden, titled “I Don’t Need a Reason” and directed by Luke Willis. We see Camden in a partnered dance both in and out of drag, performing the same choreography in each to Debussy’s “Clair de Lune.” Her movements are sharp and precise both in her boy clothes and as Lady Camden, each a perfect mirror image of the other.

She dances brilliantly as both as Debussy’s liquid notes stream around her lithe body. Above it, in voiceover, she says, “I don’t think I’d ever felt beautiful until I did ballet. I never felt comfortable in my own skin,” later concluding, “I don’t really think I needed a reason to want to dance. I think I love it. I need it. I want to be in that fantasy land. I want to be in that fairy tale. And I need an escape.”

I’m not saying I was “Team Camden” heading into the finale. In fact, I feel like I could write a similar glowing paragraph about all of the finalists. But, I cried watching this the first time. I’m tearing up again watching it now. Lady Camden is talking about dance, but she could be talking about drag. They’re two sides of the same coin for her.

She’s not just a professional. She has a perspective.