You are here: Home / consume / comic books / New For Patrons: Guide to Loki

Today I have the final guide for Patrons of Crushing Krisis to support my Guide to Thor, The Odinson as part of my month-long countdown to Thor: Love & Thunder. Because, if we have a guide to Thor (and Mighty Thor), we also need a… 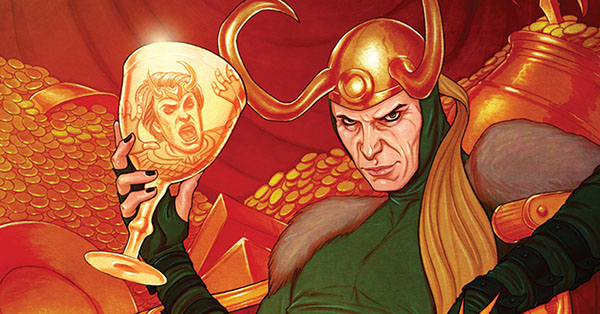 This Guide to Loki represents the first time I have ever tackled building a guide to a fully-fledged villain. That means I was dealing with a character who was never an ongoing star of a run nor a member of a team for over forty years of his existence and many hundreds of appearances… of which I planned to read every single one.

What I realized very early in my reading is that Loki is no Magneto or Doctor Doom.

What I mean by that is that Loki never truly developed as a character from the Silver to the Bronze Age the way Marvel’s other two massively popular villains did. Magneto’s villainy was repetitive in the Silver Age, but once Chris Claremont took him over in the late 70s he began an extended arc of character development that stretched across decades. And, while many of Doctor Doom’s plots are similar, over the years he grew from a recurring antagonist to the mastermind behind some of Marvel’s most signature stories – including a pair of Secret Wars!

In that period, Loki cycled through a trio of plots over and over again. He would try to thwart or flummox Thor on Earth (which occasionally extended to include The Avengers). He would try to replace, impersonate, or usurp Odin. And, he would try to start Ragnarok (often as a direct result of the prior two). 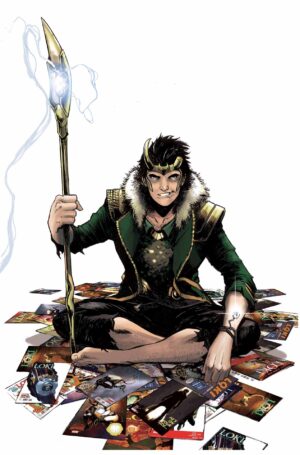 Really, that’s all he did! You can follow the first 45 years of stories in this Guide to Loki and you’ll be reading those three things over and over again.

Not only that, but even in the midst of one of his own plots Loki didn’t tend to be present as a main character for an extended run of issues. He tends to instigate, fade into the background, and then show up for the climax. That’s even the case in his own Marvel Event, Acts of Vengeance!

That means that – unlike Magneto or Doom – there is no singular classic Loki story. He comes close in Thor (1966) #147-157 and Thor (1966) #261-267, but in both cases he wanders away from the action for several issues. Similarly, in Walt Simonson’s run on Thor, Loki has an interesting ongoing subplot that only pokes through the narrative in fits and starts.

I’m not saying any of those stories are bad stories. Some of them are delightful! It’s just that none of them are a cohesive Loki epic.

That started to change in 2007, when J. Michael Straczynski was charged with bringing back all of Asgard after their 2004 Ragnarok. When he reintroduced Loki in Thor (2007) #5, it was unlike any Loki we had seen before. That was not only because Straczynski swapped Loki’s gender, but because he finally broke our trickster out of her eternal prison of being a guest-star whose plots quickly climaxed and fizzled. Straczynski’s Loki was a planner – never outright fomenting rebellion, but consistently whispering behind the scenes.

Ultimately, J. Michael Straczynski never finished his run on Thor – but, that was to Loki’s eternal benefit. That’s because a then mostly-unknown indie writer took over: Kieron Gillen.

Gillen penned the finale to JMS’s run leading into Marvel’s Siege. Not only did Gillen and Brian Bendis team up write one of the most memorable cadences in Loki’s history in Siege, but in the process Gillen fell in love with the character.

In 2011, Gillen would return to tell the tragic comedy of Kid Loki in Journey Into Mystery, a stunning, singular, self-contained epic spanning 32 issues in just 18 months. It was an immediate cult hit, especially with very online younger fans. Gillen would continue steering Loki for another year in his ground-breakingly queer Young Avengers with Jamie McKelvie in 2013-2014.

Not entirely coincidentally, during that same period Loki was also the featured villain in Marvel’s first Avengers film in 2012, as played with irresistible charisma by Tom Hiddleston.

From that point forward, Loki was finally the sort of villainous main character Magneto and Doom had been for decades. Al Ewing gave us another completely self-contained Loki tale with Agent of Asgard, Jason Aaron threaded him through his multi-year Thor epic through the climax in War of the Realms, Gerry Duggan adopted him for a major event in Infinity Wars, and he scored three more mini-series in 2016 and 2019.

If you only know Loki from 2007 and after, I’m not so sure it’s worth delving deeply into his first 45 years. If you read one or two of the stories I’ve picked as greatest hits in this new guide, you’ve read them all.

However, if you’re not familiar with his full arc from 2007 to present, you’ve got plenty of great reading ahead of you!