You are here: Home / Personal / topics / essays / the customer is always angry (in America) 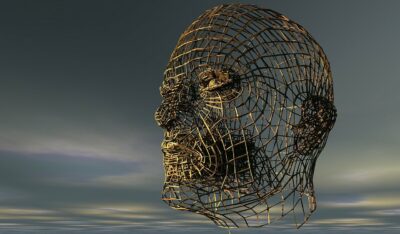 Image by Reimund Bertrams from Pixabay

After half a decade of living in New Zealand I can finally see how abnormal it is to assume that the customer is always right, and that they always have a right to get angry about it.

As an American can claim you are immune to these expectations and behaviors. I promise you’ve engaged in them hundreds of minor times. That’s true even if you are someone who is often on the receiving end of that same rage. As with many things in America, the cruelty is baked into the system.

Your dish came out a little bit wrong at the restaurant? Rage and ask for a discount. Service on your car didn’t quite repair the problem? Rage and demand an immediate fix. You received an online shopping order with an incorrect or slightly-dinged product? Unleash your fury and require free return shipping.

Some people manage to make these demands without demeaning the person who has to accommodate them, but just as often we assume that absorbing our accumulated fury is part of the job. If someone wants to be able to afford health care they have to be willing to soak up an amount of capitalist vengeance.

That’s American life. It’s part of the sickening caricature that “American Exceptionalism” has become, where everyone is encouraged to be their own plucky protagonist expecting perfection at all times. It’s the land of the Karens.

For most of my life I didn’t think too hard about this. In fact, my viciousness as a consumer always seemed like a fun feature of my perfectionist personality rather than a major bug. I was infamous amongst my friends and colleagues for causing a scene and storming out of retail situations gone wrong. I learned it by watching the adults in my own life as a kid. I wasn’t trying to be specifically cruel to any employees. I just needed to get exactly what I thought I was paying for (even when that wasn’t what I actually ordered or was ever offered).

It never seemed abnormal to me in part because my own clients demanded the same level of perfection from me all of the time. I built up a thousand little defenses and extra processes to deliver things flawlessly every time, as many Americans do, and so I expected perfection from everyone else.

Becoming a people manager changed that. The first time one of my direct reports got yelled at – I mean, really screamed at – by a client radically altered my approach in a way that being yelled at myself never did. I understood how ridiculous I had always been. I “fired” several clients for the misery they caused my team not being worth their subscription fee.

Yet, if someone made similar demands with a smile, we kept them around.

I adopted the same personal approach. No more cruelty, no more storming out. Yet, my demand for perfection didn’t change. I would complain sweetly, kindly, patiently, and with many compliments to the manager of the person I was speaking to… but, I’d still get my way in the end.

Our move to New Zealand turned my last vestiges of twisted American Exceptionalism on its head.

You see, in New Zealand, big purchases never go right the first time. Even mid-sized transactions often have an error. Also small ones. And interactions with bureaucracy. Basically, everything includes an error or omission. 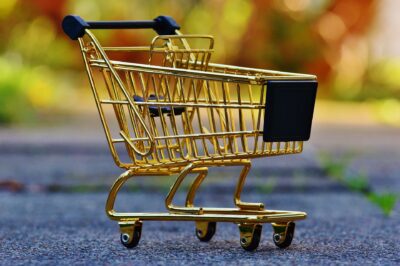 Image by Alexas_Fotos from Pixabay

If you want to take a negative view on this, you could blame this on New Zealand’s utterly rampant “Tall Poppy Syndrome” that systematically cuts down high performers and an accompanying cultural avoidance of expressing ambition.

However, over the years I’ve begun to appreciate these imperfections as a feature of New Zealand’s “she’ll be alright” culture. What’s the harm of something not being quite right the first time as long as no one gets hurt? Mistakes happen. If you experience a day or two of inconvenience, that’s just life. If there’s something slightly off about your purchase, don’t you have the ability to fix that yourself? It might be a chance to learn a new skill. And, isn’t correcting a minor error simply a chance for moments of human connection between a buyer and a seller?

(Also, workers aren’t willing to tolerate as much bullshit in the service of capitalism when essential health care is a right and not an expensive privilege.)

I learned this when we bought our first refrigerator in 2017. In New Zealand, house rentals often don’t come with any appliances (AKA “whiteware”), so when you rent your first place you’re also buying your first fridge – plus a washer if there’s space (and a dryer, if you’re an American). This involves a delicate dance of delivery timing if you want to move in and be able to enjoy takeout leftovers the following morning.

This seemed at once daunting and exciting to us. E and I had never bought a major appliance together. Our house in the states came with a fridge and a stacked washer/dryer, all perfectly sized to their respective cubby-holes in the wall, so we never bothered to replace them.

We formed a plan. We measured our various Kiwi cubby-holes repeatedly down to the millimeter. Then, within weeks of moving to NZ, we spent several thousand dollars on appliances. In making the purchase, we reviewed the exact height of our space with the sales associate at least half a dozen times. We checked the manual. We measured and remeasured.

We wanted to get things right the first time.

Cut to the fridge being delivered. It didn’t fit our kitchen. It had something to do with the adjustable feet of the fridge, the protrusion of the handles, and the magical right angles. With a slight backwards tilt recommended for setting up the unit on a hard wood floor, the front wound up two millimeters too high. The unit in the store didn’t have its feet installed and our sales associate never thought to mention it. 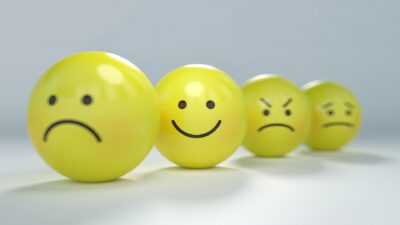 Image by Gino Crescoli from Pixabay

I returned to the store. I was patient, kind, and complimentary. We received great service! It wasn’t anyone’s fault! It was an error of omission! We’d just needed the fridge picked up ASAP from where it sat halfway blocking the door to our kitchen, the return fee waived since it wasn’t our fault we needed it replaced, and a new fridge delivered on that same day so all of our food wouldn’t spoil.

I thought I was being so reasonable. I was smiling and being see cheerful. In retrospect, I can see that the succession of staff and then managers I spoke with were looking at me as though I was raving incoherently.

The comedy of refrigerator errors stretched several more days. Eventually the delivery folks arrived, took our existing fridge, and after they had already packed it up in the truck told me they actually hadn’t brought the new one with them.

There are many things about New Zealand that don’t quite fit with me, and I suspect I will always struggle with them cutting down Tall Poppies and being quiet about ambition. But, I’m thankful that moving here finally shook me out of the last vestiges of my decades spent as a Karen-in-training. I was a narcissistic, perfection-obsessed protagonist who expected the story to go my way every time.

That wasn’t just unhealthy for the people on the receiving end of my capitalist fury – it wasn’t healthy for me, either as a person or as an employee.

It turns out, you can be good at being both things without demanding perfection every time, and without living in fear of not delivering it.