I loved horror movies when I was a kid. 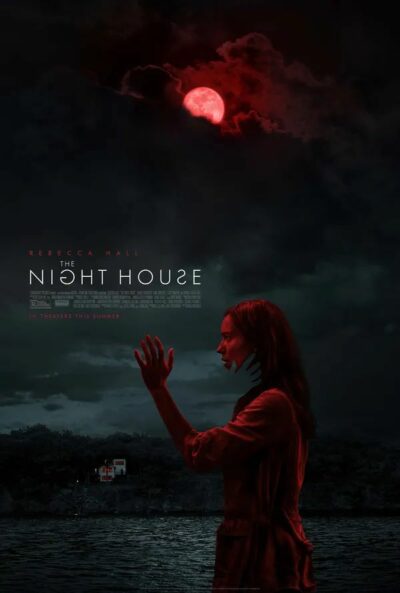 It’s one of those facts about myself that I often forget. Sure, I always recall the story of how a children’s version of Bram Stoker’s Dracula was the first chapter book I ever read. What I don’t typically remember is how I loved terrifying flicks as early as the age of seven, including Alien, Nightmare on Elm Street, and the somewhat campy House.

How I had access to all of those definitely-not-age-appropriate flicks, I cannot explain.

As an adult I’ve lost my taste for outright gore that accompanied some of the horrific films of my youth. You’d never catch me watching a Saw flick. Maybe part of that is never knowing if gore will be accompanied by the spectre of sexual violence to make it seem extra frightening. I’m generally looking for equal opportunity murder that doesn’t threaten anyone’s agency.

That reticence doesn’t have to rule out every horror flick. Something I’m trying to remind myself in 2023 that I don’t have to finish everything I start. There’s no prize for finishing a terrible comic or sitting through a bad movie. There’s no harm in checking out the huge swatch of modern horror out in the past decade – if it turns me off, I can turn it off.

That is how I found myself sitting down with The Night House this week. Why was it my first choice? I have no idea. I had never heard of it before. I couldn’t tell you how I found it.

All I know is that once I saw that it starred Rebecca Hall I was down to watch it. I am absolutely devoted to Hall ever since seeing her in The Prestige. I think she is one of the major relatively-unsung talents of the past decade of film. She can make any character instantly sympathetic or completely reviled.

The Night House was an absolutely riveting suspense thriller. I’m not always a movie viewer with a lot of patience for slowly-simmering plots, but I could not tear myself away from this movie! It slowly unravels an elegant, surprising, and ultimately satisfying central mystery. I was constantly guessing and revising my guesses as the tension simmered.

Much of this David Bruckner film is Rebecca Hall alone with the camera, often in complete silence. I can think of few other actresses of her generation that could make that work. It’s not just her ability to hold attention on screen, but to project so much complexity and inner life with so few words and actions.

I’m not sure I would place this in the realm of modern horror with a capital “H.” While there are some scary moments and shocking imagery, I was often reminded of Hitchcock’s version of horror – as much about the tension as the release.

(Extremely vague spoilers follow, which will give away the opening premise of the film and send you in with a few expectations – but spoil none of the plot. You’ve been warned!)

The Night House opens on Hall’s character Beth, who is alone in a house built on the edge of a large, calm lake. She is plagued with grief and anxiety in the wake of fresh trauma. Her grip on reality seems to be tenuous as she tries to return to some sense of normalcy while struggling through a still-fresh state of shock.

That’s a large part of why the film worked so well for me. Shock and grief are emotions with physiological ramifications. They change the way we see the world – both in their most-acute moments and in its long, murky wake.

The movie asks us repeatedly to interpret its events through Hall’s eyes and the veil of grief that hangs over them. It’s that disconnect between grief and reality that forms the central mystery of this movie. What happens when your grief redefines your memories of what came before? What happens when your grief leads you to reexamine your own actions?

Often, it’s only after we have the chance to form our own opinion on the answers that the film slips us a clue as to what Beth has really seen or experienced.

A small signpost of that reality is Sarah Goldberg as Beth’s friend Claire. Goldberg is playing a relatively straight role here as a good friend who offers a shoulder for Beth to cry on. There’s something to the pureness of her affection and sympathy for Beth that makes Beth an even more sympathetic character despite her unreliability as a narrator. I don’t think the long, slow, silent passages of Bath would work as well without the occasional punctuation of empathy from Claire.

There’s a point in this movie where things shift from the mysterious to the tangible. For some viewers, I think this is a make-or-break moment where the movie just doesn’t get horrific enough for them. For others, it will strike the perfect balance between overtly scary and thematically disturbing.

That leads to a climax that was linearly satisfying but also included a surprising twist. To me, that is the gold standard of resolve in a suspense story! While it might play too subtly for some, I appreciated the genre themes and influences were implied in the plot and never spoken out loud by the characters. That is a large part of what worked for me about the film.

Previous Post: « Guide to Ant-Man & Giant-Man – now available to the public!
Next Post: The Year Comics Broke Up With Me »