The film A New Hope occurs in 0 BBY, starting with the capture of Princess Leia by Darth Vader. This period of canon stories continues through the Empire’s rise and rule through 3 ABY, when the Empire attacks the Rebel base on Hoth.

Star Wars: Episode IV – A New Hope and its adaptations 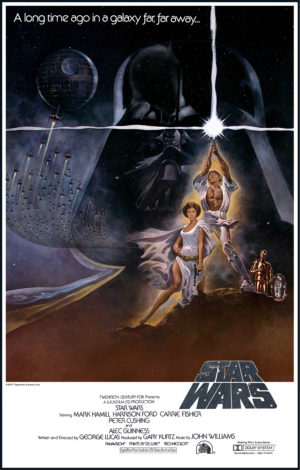 Young Readers: A New Hope: The Princess, the Scoundrel, and the Farm Boy by Alexandra Bracken

Graphic Novel: Star Wars: The Original Trilogy – A Graphic Novel (2016)
A graphic novel adaptation of the canon story of all three of the original trilogy of films in the style of Disney animation END_OF_DOCUMENT_TOKEN_TO_BE_REPLACED