Ant-Man was one of Marvel’s first Silver Age superheroes and a founding member of The Avengers, although the character has taken a vastly different path than his enduring Silver Age compatriots Iron Man, Thor, and Hulk. 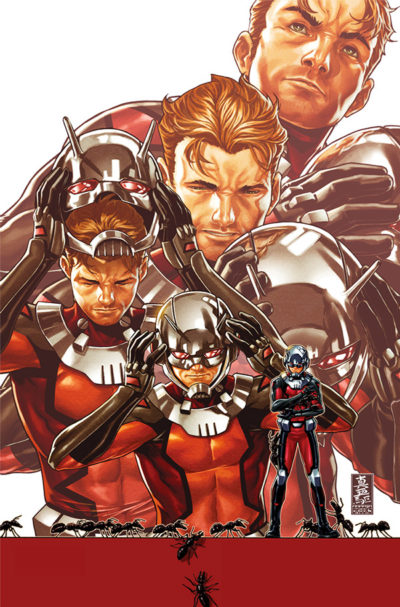 Three different Marvel characters have worn the Ant-Man helm, and the only common thread between them is a slightly dubious set of ethics kept in check by their superhero mantles.

The original Ant-Man was Hank Pym, a scientific super-genius who discovered a means to shrink to the size of an ant and control his insect companions. He debuted in a one-off anthology story in Tales to Astonish in keeping with the pulpy sci-fi adventures that preceded the Silver Age in Marvel’s Atlas Era, but quickly made his return when he fit in with Marvel’s new Silver Age super-hero direction.

That made Hank Pym (and his smart and sassy assistant Janet Van Dyne) a perfect founding member for Marvel’s Justice League analog, The Avengers. One insect-size hero was enough, as Pym was quickly upgraded to be “Giant-Man” with the ability to grow super large (and tank for the team in the place of the quickly departed Hulk). Pym anchored the team for its first 16 issues while continuing in Tales to Astonish.

When he later returned to the Avengers, it was with the more hip name of “Goliath” but also in his capacity as a super scientist. It was in this phase that Pym invented Ultron (and, by extension, Vision). However, Pym was also increasingly capricious – frequently changing identities and coming and going from The Avengers.

After Pym abandoned both his Ant-Man and Giant-Man identities, other heroes carried them on. Hawkeye was the first to swipe the Goliath title while Pym was called Yellowjacket. Later, Pym’s assistant Bill Foster would become Black Goliath (and also occasionally Giant-Man).

Scott Lang, an engineer and former criminal, emerged as the second Ant-Man in 1979. He became the primary Ant-Man for a new generation of Bronze Age and Modern Age readers, who knew Hank Pym as an increasingly unreliable and egotistical mad scientist. Lang was never a full-time Avenger, but an occasional hero trying to make up for past wrongs while working for Stark Industries and raising his young daughter Cassie.

Lang would later join the Fantastic Four and become a Hero for Hire, but he never broke out as a solo star past a handful of features in Marvel Comics Presents. That made him a prime candidate to sacrifice to the meat-grinder of Brian Bendis’s Avengers Disassembled in 2005.

In Lang’s absence, another criminal took up the Ant-Man helmet. Eric O’Grady wasn’t much of a scientist, nor was he much of a superhero – he was more motivated by using his power to get out of trouble and harass women. His dubious morality saw him joining Norman Osborn during Dark Reign, but later get his chance of redemption via Steve Rogers in Secret Avengers.

While Avengers vs. X-Men marked a major status quo shift in the Marvel Universe in 2012, a big change in Ant-Man happened alongside it. O’Grady was out (via the final arc of Secret Avengers) and Scott Lang was back (via Avengers: The Children’s Crusade). That allowed Lang to return front-and-center in Marvel Now as part of Matt Fraction’s replacement Fantastic Four in FF and in Jason Aaron’s Original Sin. 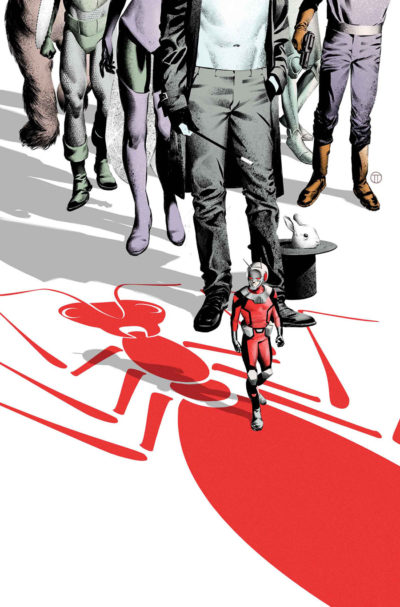 With a feature film on the way for this Scott Lang, who had never even had an entire story arc to himself, Ant-Man graduated to his second ongoing title (and Lang’s first) in 2015. It was quickly cut short by Secret Wars but restarted immediately after.

The present-day Scott Lang Ant-Man is virtually an all-different character from his early 1980s incarnation. He’s much less of a capable engineer and reliable father, and much more of the lovable screw-up portrayed by Paul Rudd in the Marvel Cinematic Universe. END_OF_DOCUMENT_TOKEN_TO_BE_REPLACED