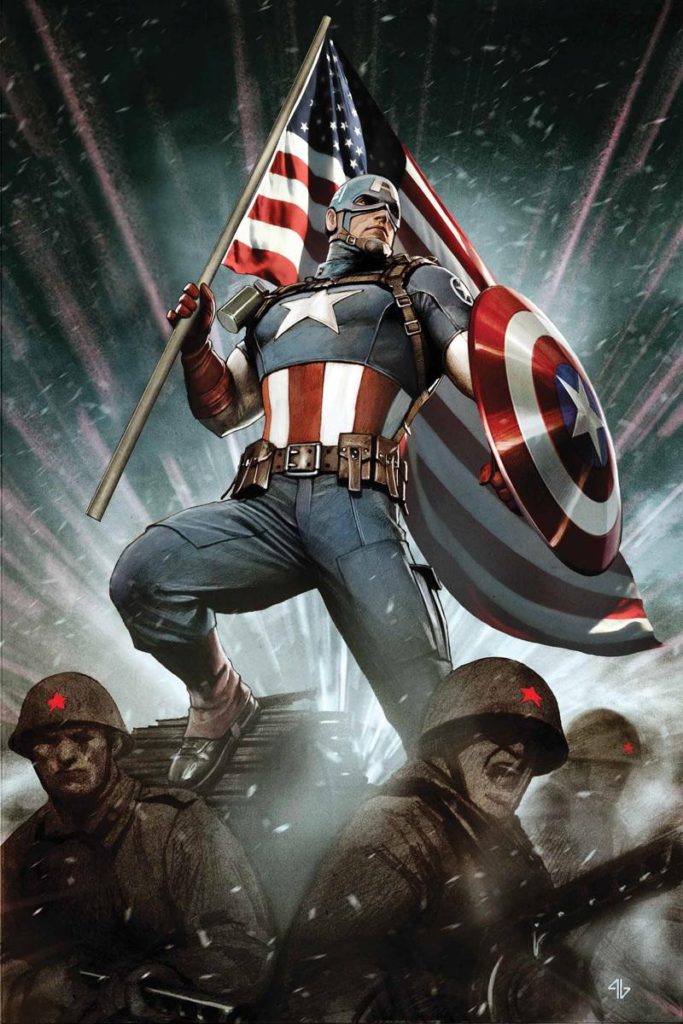 Captain America was not Marvel’s first hero, but he’s proven to be their most-enduring.

Steve Rogers debuted in the pages of his own self-titled comic in March 1941, famously punching out Hitler on the cover even though the United States would not officially join World War II until December of that year. In the context of his Golden Age comics, he was an American Super-Soldier, leading troops abroad against Axis powers.

Though Captain America comics continued after the war with a dwindling audience, Marvel’s writers decided that the fateful day that left Steve Rogers frozen in ice and Bucky Barnes presumed dead could be inserted after his issue #48 in 1945, with well-meaning imposters posing as Cap and Bucky appearing afterwards.

Captain America would remain on ice until the legendary Avengers #4, released two years into the throes of Marvel’s early-60s superhero resurgence. The rest, as they say, is history – someone wearing the mantle of Captain America has appeared in an ongoing title from that point until the present day. END_OF_DOCUMENT_TOKEN_TO_BE_REPLACED