The film The Force Awakens begins in 34 ABY with Poe Dameron’s mission to Jakku. This period of canon stories continues at least through Rey’s arrival on Ahch-To. The period may be longer, depending on where The Last Jedi begins.

Star Wars: Episode VII – The Force Awakens and its adaptations 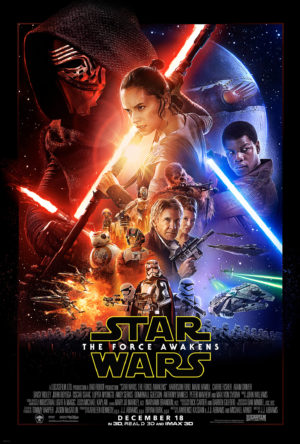