Alan Moore and Dave Gibbon’s Watchmen is widely recognized as one of the most classic single comic stories in the history of the medium. 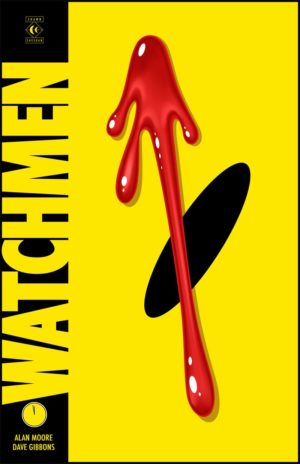 The 12-issue series tells a story embroiled in all the worst fears of the mid-80s while drawing on a rich history of comic archetypes to create a world of characters who feel analogous to the casts of every major comics universe. It uses those archetypes, as well as the very format of the comic medium, to deconstruct the idea of superheroes – with graffiti in the background of panels rhetorically asking readers “Who watches the Watchmen?”

The same traits that make Watchmen a prohibitive classic can also make it a challenging for modern readers. That’s not just because they might lack the historical context or comics knowledge for this series. Instead, it’s because since Watchmen (and also The Dark Knight Returns, released in the same year) American superhero comics have evolved a sense of self-awareness that echoes the narrative tone of this series.

Watchmen existed for over 20 years as a completely self-contained series with some minor background material included in its collected editions. That all began to change with the 20th Anniversary of the title, which brought a modern restoration to its colors, continued through 2009 with the release of Watchmen’s film adaptation, and seemed to reach its peak in 2012 with a series of Before Watchmen comic books that expanded the universe of the original series for the first time.

However, DC Comics saved the biggest expansion of Watchmen for its 30th Anniversary, revealing that the actions of Moore and Gibbons’s characters had somehow created the “Rebirth” of their entire comic line. After a year-and-a-half of teasing, that story began to be told in Doomsday Clock, another 12-issue series that picks up from just after the final scenes of the original Watchmen to integrate its characters into DC’s current continuity. END_OF_DOCUMENT_TOKEN_TO_BE_REPLACED