Well, here we are in March, with any February funkiness finally shrugged (even though the streets are still not quite cleared).

I have so much weekend to tell you about (Presenting at TrendCamp! Our first Arcati Crisis show of 2010! Another performance upcoming at Tin Angel!), but first I want to focus on my funk-breaking.

Even the cheeriest, most pro-active person (i.e., me, possibly you?) can fall prey to a crummy mood – where nothing we do seems to be worth doing. That was my February Funk.

Of course, funk is not exclusive to or contained within February. Nay, THE FUNK can capture you at any time of year. We’re just most susceptible when it’s dark and icy and we haven’t had a garbage collection for 16 days.

When you are me, and spend your spare time opening up your head and letting art out, THE FUNK is a pretty crippling condition. My internal editor is vicious enough already without any added incentive!

Luckily, I have the good fortune to be friends with many other people who have art inside of their heads, one of whom is Katie Barbato. 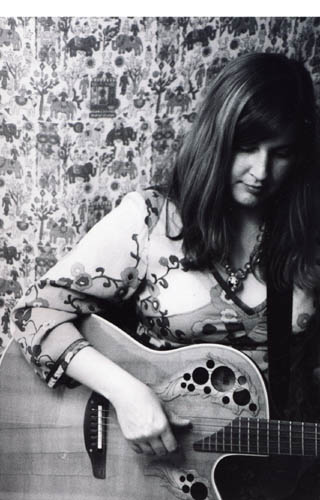 I’ve blogged about Katie before. She is an outstanding songwriter, a typically flawless singer, and leader of The Sleepwells, one of my favorite local bands.

Katie, too, had fallen prey to THE FUNK, and invited me over to her apartment for a serious funk break-up session. There was fresh hummus, sugar cookies, a stunning view, and Katie and her amazing songs.

And calling it quits with THE FUNK.

Over several hours Katie and I curated our own special mashup of VH1 Storytellers and Rock Opera, following a narrative from the dumbest things we could do to contending with the apocalypse to the stories of what we had lost in 2009.

Sometimes I can be so insular in my shared songwriting space with Gina that I forget that there are others out there channeling their feelings into songs – and that their feelings can be pretty similar to my own.

Not only did Katie share feelings, but she shared some stunning tunes. A few familiar ones, as well as some brand new ones being birthed. Katie writes with such beautiful, intuitive voice-leading – it was a special treat to follow along from across the couch instead of from across the bar. I should have been jotting down the names of tunes as we went, because I came away with several new favorites.

By the time we made it to our last songs and I played the mated pair of “Shake It Off” and “Regenerate” their equal parts rage and resignation came hurtling through me so strongly that my whole body was trembling for minutes afterwards.

As I wrapped myself up for a walk home through twinkling flakes of snow, I realized that Katie and I had shaken off THE FUNK. It was replaced with the purpose and self-respect I had been missing.

Every day since then has been awesome. Thank you, Katie, for sharing your songs and having the sense to shake us out of THE FUNK!

Gentle readers, if you too find yourself mired in funkiness you should seek out the coolest person you have interests in common with and have them BREAK YOU OUT!

I have a bit more news about Ms. Barbato and The Sleepwells, but that will have to keep for another few days. Let’s just say, you’ll have a chance to see a version of our funk-breaking shtick for yourself very soon…