Where were we? Oh, I was telling you about how with the responsibility of owning a home I have suddenly regressed to being a teenager.

Last time I detailed my overwhelming love for comic books, and how it was vanquished by the great expanse of the internet.

To this day I marvel at how mercenary I was about my decision. When it came down to $40 a month on comics or on internet access I phoned up the comic store and canceled my orders without a second thought.

To put it in today’s terms, comics weren’t social. 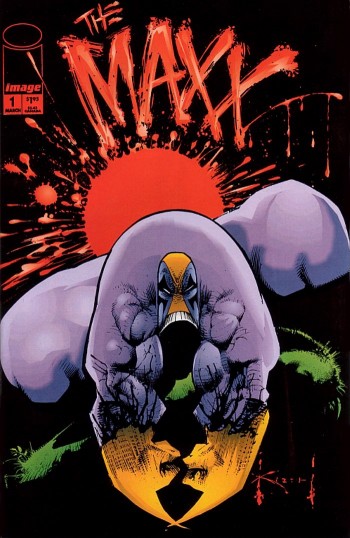 I wanted them to be. I’d skulk at the comic shop … beg my mother to let me find a pen pal at the back of The Maxx. I would read the letters page in X-Men and imagine being able to talk all day with people as obsessed with the characters as I was.

The internet had all of that, available 24/7. Within days I was on a Dungeons & Dragons listserve and in a Final Fantasy fanfic club. After years of being a pretty insular only child, I found out I had things in common with people. Lots of things!

And, while building my first website became a top priority, so did Warcraft II.

I have never been much of a PC gamer, so was completely unfamiliar with the concept of real-time strategy war games. When my friend Lucas made me download the WCII demo over my 14.4k modem I was floored – it was like Risk crossed with Dungeons & Dragons, but with none of the plastic pieces or dice rolls.

(I was the kind of kid that, when bored, would set up elaborate six-person games of Risk between my GI Joes and play each side against each other for hours. Actually, I still do that a few times a year with my LOTR Risk, just sans the GI Joes.)

(My wife finds this fascinating) 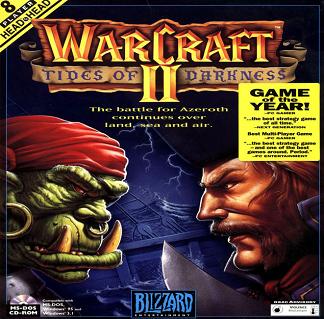 All it took was one modem game of Warcraft II on the single demo map and I was hooked. I had an army of orcs to do my bidding, and friends to trade taunts with all night. And sea turtles!

I had no interest in quick, decisive battles. When we both bought the full game I’d make maps packed with endless gold mines so we could entrench and battle for hours on end.

Much as my comic obsession stayed mostly contained to X-Men, my RTS urge was isolated to Blizzard games. Even after buying my first guitar put the whammy on many of my other adolescent hobbies (say goodbye, fanfic!), I remained a devoted late-night WCII addict.

The addiction was made worse senior year when one of my friends slipped me their extra copy of Starcraft. It was Warcraft . . . in space!

I think that – and how it relates to my current predicament – is a story for next time.

The impetus for this whole tale is my recently-launched Guide to Collecting X-Men in TPBs, which is meant to aid former adolescent addicts such as myself in catching up on what they’ve missed.