You are here: Home / consume / flicks / Critical or Contrary?

Critical or contrary – which one are you? More importantly, can anyone else tell the difference?

The topic is on my mind thanks to something Gina said to me a few weeks ago. E and I were chatting with Gina after the last show of her Fringe Fest play. We joked about different narrative structures – ways her play of three connected one-acts could be turned backwards or inside out to get a different reaction. 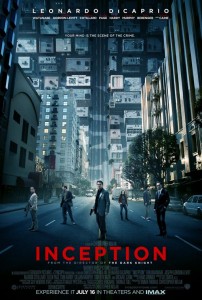 At some point this phrase emerged from my lips:

That would be very Nolan-esque – like Inception, only without being awful.

Now, I don’t want to get into Inception drama – we’re all entitled to an opinion. I typically love Nolan, but what’s relevant here is people who liked Inception outnumber the dislikers nine to one and I’m in the “dislike” camp.

That’s where Gina’s response comes in. She whipped her head over to me and said,

After years of having buck teeth and big ears, very few insults get under my skin, but this one cut deep.

Despite my protests, Gina stuck to her label. To her, I’m contrary – I frequently dislike things enjoyed by a majority.

I don’t see that as contrary – just critical. If my reasoned response is to dissent on a musician or a movie while 90% of the world loves it, that’s part of my critical barometer. If you don’t like Inception either, maybe you’ll agree with some of my other opinions. Whole recommendation engines have been built on this idea, like Netflix and Hunch.

Disagreeing just means I’m critical, not contrary. Right? If we all agreed all of the time, what would be the point of art? 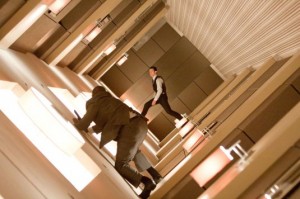 Let’s return to my opening query: critical or contrary – which one are you?

The answer is probably both. It depends on the perspective.

Like the proverbial stopped clock, any committed critic is going to come off contrary sometimes, just like a dedicated contrarian can still hit the critical mark on occasion.

Your challenge is that people listen to critics and ignore what’s contrary. When you’re the odd one out as a critic you still have to frame your opinion in a way that can engage and inspire your audience – even if that’s just your best friend.

Which one am I? In my head I’m a critic, and when it comes to music almost everyone  I know trusts me to be one – because I offer reasoned opinions about everything from Gaga to Rodrigo and Gabriella. With movies, if I only take the time to dish on popular films I dislike (which are numerous) clearly I’m coming out all wrong. If I want my disappointment in Inception to be taken seriously maybe I need to dial up my enthusiasm about movies slipping past other people’s radars.