When I hatched one of my typically insane musical project ideas – to record 30 songs from the 30 years of my life for my 30th birthday (maybe in the 30 days of September?) – I was working from the assumption it would stay an idea due to my perfectionism. The concept would be safely tucked away as an iTunes playlist with all of the other covers projects that I’d never started. 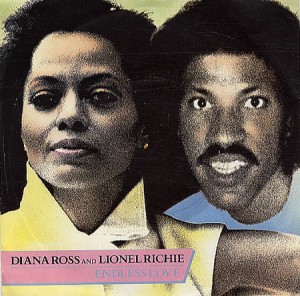 "Endless Love" by Diana Ross & Lionel Richie was the number one record in America the day I was born. While I won't say that I'll NEVER cover it, you definitely won't be hearing it later today as my pick from 1981.

Then, August happened. I kept posting every day, and really enjoying it. I finally found a blogging rhythm, eleven years into my experiment. I thought, maybe the idea isn’t so crazy after all. Maybe I should do it.

The issue is that I haven’t recorded any new solo music since we moved into the house last June. I have hatched half a dozen cool projects in my head, but I haven’t launched a single one.

This seems paradoxical. I have a studio now. Space to set up and stay set up without having to drape suit jackets over my microphone poles and check email from within a lattice of quarter-inch cables.

I mean that literally. At the old house my studio was my office was my dressing room. It was common to find a discarded microphone atop a pile of wireframe sketches and freshly laundered underwear. Gear shared a walk-in closet with board games and old copies of Rolling Stone. Switching to a different guitar meant risking sending up a tinker-tape parade of brightly colored Monopoly money in my hallway if I moved a box the wrong way.

And you know what? It didn’t stop me. I recorded two seasons of Trio, four Arcati Crisis Live @ Rehearsals, and over a dozen solo demos that became my Brown Bag Demos, Vol. 1. Now I have an entire attic committed solely to recording, and the well has suddenly run dry.

Actually, the well is quite wet. I have the best intentions. The new wrinkle is that with space to set up a perfect signal chain the issue is no longer my willingness, but my perfection. Everything has to be perfect. Perfectly planned, perfectly rehearsed, perfectly executed. 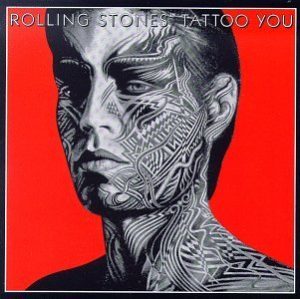 The Rolling Stones' 18th American LP, Tattoo You, held the top album spot when I was born. I won't be playing "Start Me Up" at any point in this project.

Perfect makes things hard. Bobbling that one chord change? Delay it. Tickle in my throat? Cancel it.

And, I am certainly not representing it as a collection of my favorite, most-cherished songs.

No. All of that leads to perfectionism paralysis.

What I am promising is a single take video play-through of a song from every year from 1981 to 2010, with some commentary along the way. No cherished favorites. No multi-track demos. No perfection.

Just me and the music.