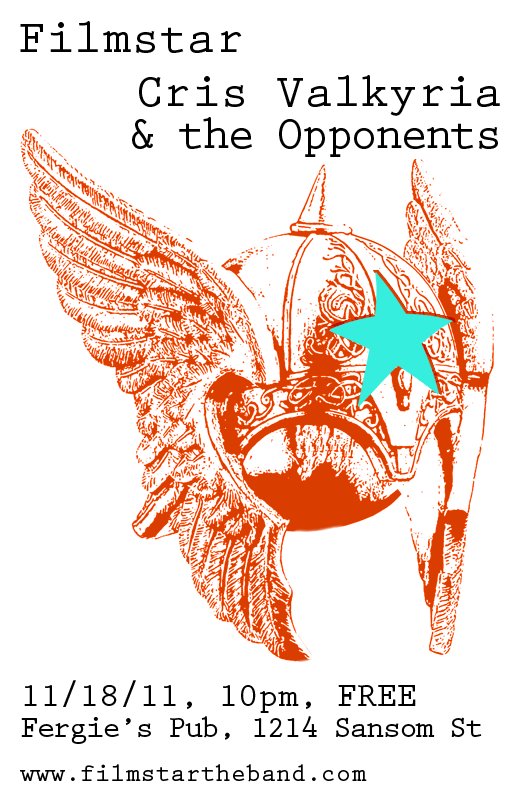 Reasons why you should plan to attend Filmstar & Cris Valkyria and the Opponents on Friday 11/18 at Fergie’s Pub.

(a) I play bass for Filmstar; E sings lead vocals.

(c) I have been quietly agitating for a split bill with Cris Valkyria and her band since before I joined Filmstar.

(e) The past handful of new songs from bandleader Glenn have been amazing, and I have to think we’ll play at least a couple at this show including at least one debut.