You are here: Home / Madonna’s 12 Best Singles (according to Krisis)

In honor of Madonna’s twelfth album, MDNA, I declare the rest of this week on CK “Madonna Week.”

It’s like Shark Week, but more glamorous. No less deadly, though.

If you’ve been following me for any length of blog or life, you know that I’ve been listening to Madonna just a few years short of my entire life. I’ve been with her through every transformation, and she has been with me through every maturation. Garbage may be my favorite artist, but Madonna is my lifelong companion.

To start off my week of festivities, I’m going to count down my favorite 12 Madonna singles. Actually, I like to think of them as her best, but there’s no accounting for everyone else’s bad taste and obsession with “Papa Don’t Preach.” Either way, for a woman with four greatest hits CDs, this will be no easy feat!

12. Get Together from Confessions on the Dance Floor

This was the most brutal choice on the list – there are so many key tracks just on the verge of mention! La Isla! Secret! Cherish! Take a freaking Bow! Except, this was the best track on Confessions. Oh god, it is so addictive. The repeated words, the pulsing bass, the simple split of the vocals into harmony on the chorus. I think it might be her best right-off-the-album club single since the Erotica era. I guess time will tell if this one retains its deserved recognition, but as far as I’m concerned it should have been as big as “Hung Up.”

I’m always obsessed with Madonna breaking genres and breaking her own rules, so this tune will always hold a special place in my personal pantheon. Yes, she had done acoustic before, on the maddeningly complex “Secret,” but not like this. Hot off the heels of the radio-ruling single-chord ass-shaker “Music,” Madonna released this chop suey acoustic guitar madness, like her personal version of a country line dance. Then she had the gall to appear on Letterman playing an actual damn guitar. I think my heart stopped for a few seconds when I saw it. It was a watershed moment, where Madonna reminded us that she was still a musician underneath all the fame and artifice. 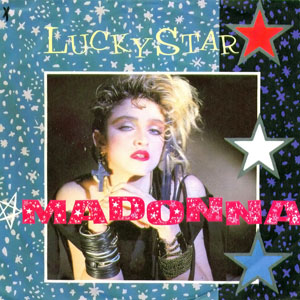 Both this and “Holiday” are the Rosetta Stone of Madonna, as far as I am concerned, but this song has stuck with me while “Holiday” has receded to an obligatory dance at weddings. She needs your light, so shine down on her. It’s the earliest instance of that push pull of her lyrics, where she needs love but she’s still in charge – even when she’s begging. When we first got MTV I would turn it on every time hoping to catch the super-reductive “Lucky Star” video. To this day there are few things in life that can make me smile like that opening rainbow of synthesizer.

9. Open Your Heart from True Blue

I don’t like True Blue. We can argue about it later. But every time I try to write the album off as “Papa Don’t Preach plus a pile of weird crap” I have to hopskotch past this second track to do it … and I just can’t skip it. This song sealed the idea of the insistent, demanding Madonna introduced on “Lucky Star,” and I don’t think I’ve viewed her any other way since. “Well, I’ve got something to say!” she shouts, and that something is a pretty basic penis:vagina metaphor that’s weirdly in reverse (she has the lock, you have the key, so open … your heart/). Plus, those roiling, burbling chords, and how swells of synthesizer strings and peals of guitar well up from their depths. It’s superb pop.

This is an anthem. The anthem, really. Not just an anthem for Madonna, or an anthem for women, but an anthem about self-worth. Think about that. Madonna indoctrinated an entire generation to never go for the second best twenty-some years before “Born This Way.” It’s the ultimate refutation of the cotton candy pop of “Material Girl,” with a funky synth bassline, a raucous horn section, and Madonna singing so throatily that it sounds like she might swallow every word.

As the fifth single from an eight song album, “Borderline” can sometimes get lost in the never-ending encores of “Holiday” and the avalanche of singles from Like a Virgin. But this, more than anything else on her debut, was a true proof of concept. A complex, nuanced arrangement. A powerful, credible vocal delivery with no studio trickery to hide its rough edges. And that borderline – the line in the sand Madonna has always warned lovers not to cross even while she walks all over it. It will forever stand as one of her best songs efforts and vocal performances.

I’m a ball of love and hate when it comes to this pair of Like a Virgin singles. On one hand, they’re so not Madonna! They are two of the scant few of her songs she cannot claim a co-writing credit on, and as a result they never really rang true for me – yes, even as a kid. I have read liner notes since I could read words! Yet, the songwriters gave her a lot to work with – the infectious blend of New Wave and pop-appropriated reggae on “Girl,” and the seductively pounding bass line on “Virgin.” However, there is no denying that Madonna took what could have been a pair of forgotten 80s obscurities and elevated them to another level entirely with her squeaky delivery and hyper-sexual videos and performances, putting a new face on the virgin/whore dichotomy. Funny, though, that the launch pads of her famous Boy Toy and Material Girl monikers were not songs of her own design. 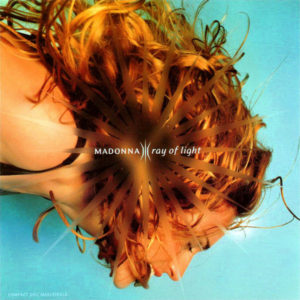 On one hand there is the revelation that was the album Ray of Light, but the single is another thing entirely. It was Madonna’s comeback parade. It was her first real dabble in rock guitar since – dare I say – “Burning Up,” but it wisely buried the bare two-chord riff under miles of buzzing and whirring courtesy of producer William Orbit. I remember getting home with this CD and thinking that this was Madonna unleashed – totally unbound by the barriers of genre or subject matter. Or singing range, for that matter – this song is all over her range, and I think she hits her highest recorded note, a screeching soprano Bb.

3. Hung Up from Confessions on a Dance Floor

Whoa! A 2005 track in the top three from this major Madonna traditionalist? When it comes to her hugest international hit of all time, I can’t help myself. While I was initially down on the disco vibe of Confessions on a Dance Floor (a position I’ve since abandoned), I could never deny the elemental roller-rink-on-a-Saturday-night power of this massive single. Plus, it pilfers lyrics from one of my favorite Madonna oddballs – Like a Prayer‘s “Love Song.”

In my mind, Like a Prayer marks Madonna’s first major reinvention, and a watershed moment for pop music in the mind of a young, impressionable Peter. Yes, she changed dramatically with each of the two albums release after her debut, but this was something else entirely. Her voice, raw and real. The music, deep and spacious. The structure, serpentine, with choruses masquerading as verses. The words.

I believed then and believe now that this song grew organically from Madonna’s struggles with religion and with love, both familial and romantic. By proving to me that a pop song could be truly personal yet completely identifiable it became the standard against which I would measure all future pop artists (most of whom would be found wanting). Also, I realize now how truly ambitious it is to sing this damn thing! So much for those who said Madge couldn’t hold a tune prior to “Ray of Light.”

Also, you’ve got to love a song whose video got Madonna kicked out of her first big brand campaign (with Pepsi).

Look, is there any doubt? Aside from my lengthily-professed love for this track, aside from the fact that it was the obvious opener of Madonna’s Superbowl halftime show, aside from the fact that the video is so cemented in our popular unconscious, there’s the way that it acted as a ravenous climax to Madonna’s first hits collection, how it occupies its own genre of popular music, and how I would have rap battles through the spoken word section with my mother to see who could unfurl it faster.

Madonna may have sang better and shocked more in the twenty-plus years since its release, but “Vogue” will stay forever cemented in my mind as Madonna’s ultimate single.

That’s my list! Since I doubled up on a few albums, which did I skip? American Life, though among my favorite Madge albums, didn’t chart any outstanding singles and Erotica has never been a favorite of mine.

What do you think about my list? What egregious, Madonnalicious omission did I make, other than “Papa Don’t Preach” (which never stood a chance)?