They say you shouldn’t judge a book by its cover, but that definitely doesn’t apply to drag queens. In anticipation of my new season of Drag Race recaps and power rankings, here are my hot take rankings solely from watching the Meet The Queens intro videos that were served up before tonight’s premiere. 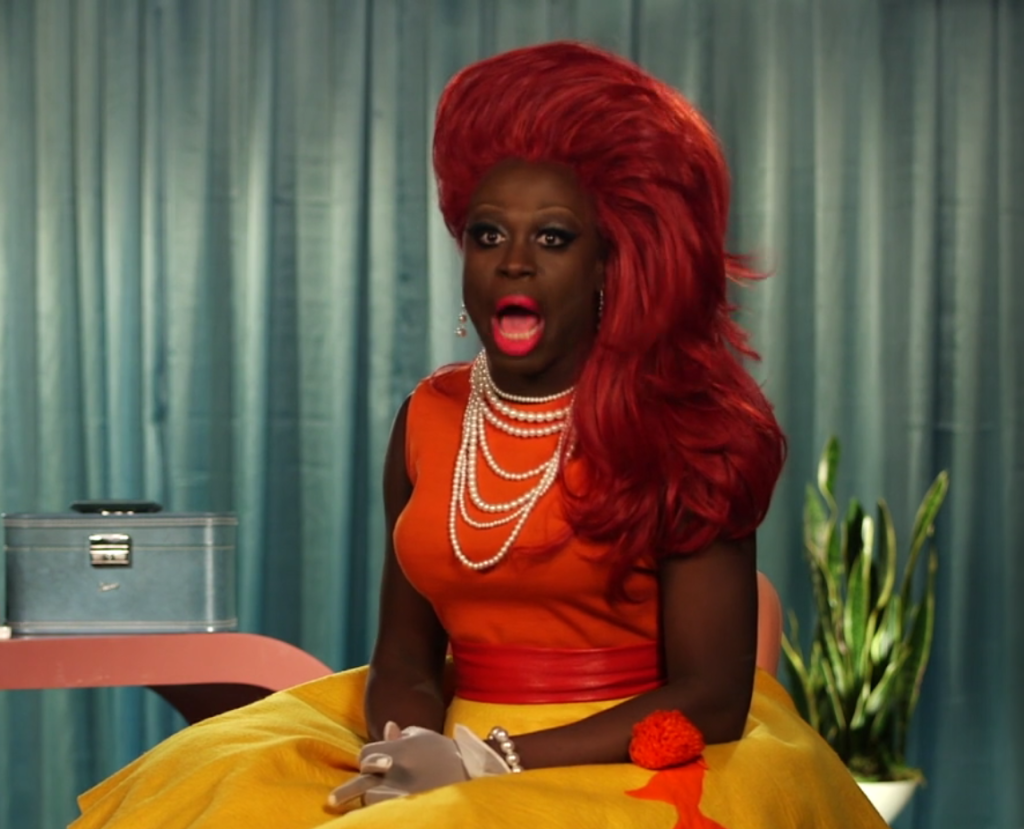 Fuck yes. I just love her. All she is 100% IT Factor and nothing else. In this look she has barely transformed her face and yet such handsome, masculine features make for a beautiful drag canvas because of the way she presents herself.

Her humor is on point, but she also seems incredibly smart (“I can’t – I shan’t”). Intelligence (and, past that, introspection) something many girls on the show have been missing in the past yet all of the winners from Raja on have had in spades. (Yes, even Violet. Do not come for my girl.)

I wonder if a lot of her looks are going to be as deglammed as the one in her intro. That could be her weak spot. 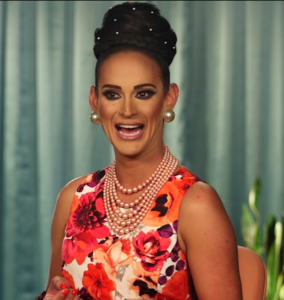 I am a little obsessed with Cynthia. She has that Ben De La Creme throwback older-lady realness without being just a vintage pastiche. She’s bringing something new to the housewife glamour look, and I do not think for a second she will hesitate with drop-dead modern fashion when it comes to slay the runaway.

I always think it’s important that you pick up what their key words are before they ever say them, and “elegant, sophisticated, and funny” completely tracks to the character she presents. Plus, she’s also got the Puerto Rico Queen uniqueness, which is is always compelling – and, isn’t it time we finally had a PR queen win? 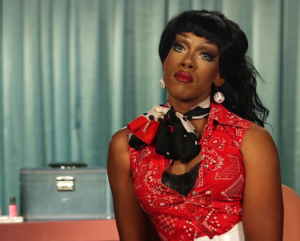 I am living for the shake-up of the queens of color this year – we have a black comedy queen who isn’t southern, an vintage PR queen who didn’t say the word “fish” in her intro, and now a self-professed black Queen of All Nerds!

Dax has undeniably feminine features, but more than that, I found myself kind of glued to her story. She is super-watchable and I love her cutting commentary. AND YET, I can see some flaws with this plan. Will her dedication to nerdery get in the way of high-fashion glam? And, can she win as Violet’s drag mom? Unlike the presidential election, Ru doesn’t really go for dynasty-making. 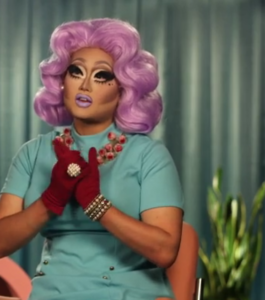 I’ve already heard of this queen! That’s a new one. Yet, that mug… what prevents Kim Chi from being Trixie Part Deux: The Re-Clownening?

Is Kim Chi a bit tougher, mentally? Is she a little more obsessed with the details, even when she isn’t doing something funny? Time will tell. Also, not for nothing, but I feel like Violet stole the thunder from (or, perhaps, “appropriated”, but that’s another post entirely) the “haute couture meets Anime” concept at several points last season. 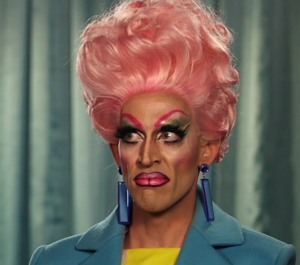 I love the hypercolor realness of Acid Betty and she seems like a very canny queen who will pull off her gloves and get her hands dirty. She is crafty and comes off as a big personality that will translate into strength as a performer and on the runway. Overall I get a fiesty, Detox-ish vibe from her.

However, I don’t see such a quirky queen bringing it home in this crowd unless she can slay the other girls dead in every challenge. Plus, Michele is going to constantly come for her and request glamor, and it may not be in her playbook.

I am digging the rockability mess of her, but can we be real? This girl is not going to win. She seems like a really great person. Yet, she’s a bit rough around the edges of her comedienne look (AKA Tammy Brown) and calls herself a fashion clown when (we’ve already met Bianca Del Rio). Unless she completely breaks out of this model and brings something 180 degrees different on the show she’s going to be an early cut, despite her cuteness.

Her style is “campy”? Compared to what? I got a very chill, unexcited vibe from her, and I just don’t know if that can win anymore after the last few high-octane ladies. (See also: Kennedy Davenport.) I will give her that she does seem witty and in on her own jokes. Also, she’s the only queen who says she’s a singer. As a more core-concept queen, I think she will definitely will be sending some other girls home in her lip syncs, but she could be a bit too standard-issue for a season where the defeated queen we miss the most is Katya, not Kennedy.

I love her exaggerated fashion. I feel her control, in her look and her speech – we could use a control-freak to make things perfect. Yet, we saw how that played out last year with Miss Fame – control translates to a bit too sensitive and in-her-own-head for this crowd. She’s also pretty young. Will she survive a room full of more seasoned queens? Is she going to be up to the big performance challenges? I find that I’m actually rooting for her over the few that outrank her, but I need to see more.

I don’t know if I’m just projecting Britney’s blankness onto her or not, but I found Derrick a little flat even though she seemed to be pragmatic about most things. Chad Michaels is the only hard core impersonator who went far on Drag Race, and that was due to her being a threat in just about every way (plus drop-dead gorgeous). For a Britney queen to be serving Britney in her intro video – a little too much of the too much, no? Every answer is how she wants to try to not be Britney, yet there she is – being Britney.

This girl has cannon-fodder written all over her in this video. There have to be a few unthreatening smiley queens to kick off in the earlier weeks. Also? I know these videos are shot at the end of a long day, but she is not fishy in the least. I think I probably look better in a one-piece bathing suit than she does. Add to that she’s already bringing in the “you don’t have to be foolish to be campy” mindset, which never bodes well.

(AND YET, I’ve seen the little excerpt of her from the premiere, and she is drop-dead gorgeous there – that’s why this hot take is just a hot take.)

More of these half-assed throwbacky housewife types? Maybe I’m just burnt from loving Tempest so much last season and her getting the shaft not once but TWICE, but I cannot summon up any excitement for Robbie. She feels like the weak-sauce version of Tempest, or – more charitably – Seattle queens like Jinx and Ben De La (or, god help her, Mrs. Kasha Davis). I get that she likes her 60s schtick, but she’s so unexciting. Her mug is… not great. She cannot think of a song she wants to lip sync. NEXT. 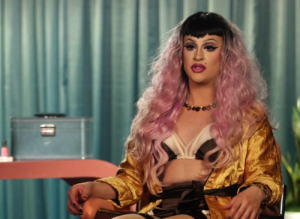 She’s like Adore in her lazy phase and she’s got the hopeless cheapness of that girl from last season.. what was her name? The terrible one in the thirsty wig that was a big fan of the show? Sasha?

So many of the other girls come off as being SO SMART, and I just think that’s the way things are continuing to move. Laila is more in the clever irony camp, and Violet just occupied that territory while also being mega-smart.

Also, both the lip syncs she named were by dudes. Pay attention, queen.