Once, in high school, a teacher asked us to keep a log of all the television we watched in a week. If I recall correctly, mine tallied at 36hrs – one of the highest in the class.

A lot of that came from consuming sitcoms. This was a world before prestige dramas – the closest we had was Baltimore: Life on the Streets. Instead, there was a two hour block of comedies each night, plus a preceding two hour block of re-runs of Cheers, Seinfeld, and other modern classics.

Maybe it’s burnout from those days, but I haven’t been able to stomach a funny TV show in years aside from 30 Rock. Nothing about any of them seem remotely funny. The internet is no different – people link to amusing web series and I’m a stone face. It’s like my TV overdose permanently broke my funny bone.

Maybe that’s because sitcoms are so… situational. They depend on so many of the same archetypes being filled – the clueless dad, the vapid attractive woman, the brainy kid, the wacky sidekick of color. Even with a giant bucket of archetypes, you see a lot of the same things over and over.

That’s why I am genuinely surprised and absolutely obsessed with The Gay and Wondrous Life of Caleb Gallo, a TV-quality YouTube show from the mind of sketch comedy pro Brian Jordan Alvarez. It’s the funniest non-animated thing I’ve seen on a screen all year.

It’s Seinfeld-esque in being a show about nothing other than the entanglements of the titular Caleb Gallo and his group of friends – each occupying some part of the fabric of the LGBTQ community. It’s also a 30 Rock inspired show filled with fast-paced dialog, wicked wit, and occasional flights of fancy.

I love it. Every cast member is my favorite. Caleb has the easygoing likability of Paul Rudd crossed with Jimmy Fallon as he tries to maintain a long distance relationship with the sweet, young Benicio while pining after seemingly-straight Billy, who in turn really wants to date Caleb’s best friend Karen, a man-crazy bombshell who uses Caleb to clear out her one-night stands more quickly while she obsesses over Lenjamin, a wannabe actor who is considering being bisexual “for professional reasons” and wants to ease into dating men by being set up with Caleb’s friend, ghe gender-fluid Freckle. 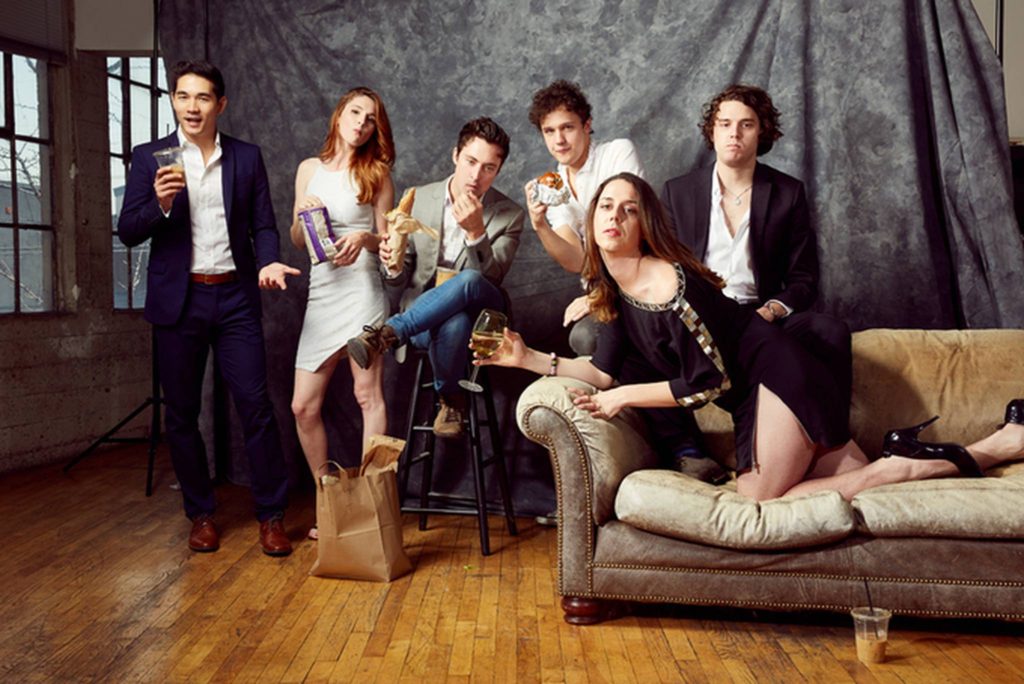 If you find yourself thinking, “Oh, a gay show. I probably won’t like it,” you need to reset your expectations. Maybe you’ve seen a clip of of a “gay” web series that was a lot of sex jokes that went over your head and you suddenly felt uncomfortable and othered.

That’s not a bad thing to experience sometimes, but that’s also not this. Gay and Wondrous Life of Jacob Gallo is a show about people first, like like Blackish and Off the Boat are shows about people. Despite all of the potential hookups, this show doesn’t find all of its humor in sex, but in relationships (though there certainly is some sexual humor, as with the erection joke that opens the episode). The misunderstandings and neuroses of all the characters aren’t unique to their sex, gender, or orientation.

While the entire cast is charming, Freckle is a scene-stealer of Jane Krakowski magnitude. It’s not because of their gender-fluid character, but because they are gifted only terrific great lines and a magnetic grin that pulls focus from everything else in view. Actor Jason Greene developed the character outside the bounds of this production, and it shows in the implied history of hijinks expressed in their twinkling eyes.

Yet, when Freckle isn’t on the screen, all of these actors are MVPs. Ken Kirby as Lenjamin is delightful in subverting the unsexy Asian guy stereotype by being a hunk that’s at the center of love triangles while also vying for the sort of parts he probably wouldn’t get cast for in real life. Stephanie Koenig as Karen bursts from the screen in every scene, her natural comfort and scarlet locks recalling Karen Gillan’s turn in the under-appreciated Selfie.

The Gay and Wondrous Life of Caleb Gallo was funded for five episode, the last of which went up this week. While the fifth does resolve a few plot threads, you couldn’t be blamed for wanting more. I can’t imagine it’s making enough as a streaming show to subsidize more episodes of this visual caliber, but hopefully a web or television network gets interested and picks it up – it’s gold. A Daily Dot feature went behind the scenes of the indie production.