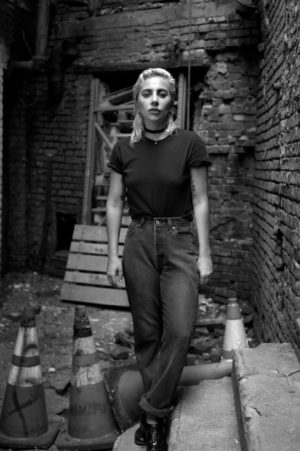 I’ll admit, I’ve been somewhat dreading making it past “Million Reasons” in this track-by-track dissection. Maybe anything would seem like a comedown after such a phenomenal song, but I feel like the back third of Joanne is unremarkable and not as fully-baked compared to what came before.

Maybe Joanne should have been another 8-track EP masterpiece?

“Sinner’s Prayer” is the most alt-country of all the tracks on Joanne – even moreso than the title track. Where “Joanne” was an all-acoustic ballad that almost defied genre, “Sinner’s Prayer” has several signature elements, like a low, tremolo-fueled baritone riff and the simplistic kick-on-every-beat drums.

This lightweight song was co-written with Father John Misty. Gaga’s past co-writes haven’t had the feel of the feel of the co-writer overtaking Gaga’s own sound, but here that’s the case. The narrative is fractured, the first verse fights with itself, and a cheerful, major-key chorus and bridge that seem lifted from another tune entirely.

That misplaced, low-key chorus might be the best thing about the song. It shows off Gaga’s chesty, alto vocals clearer than any previous song in her repertoire. Unfortunately, there’s barely a hook in there, aside from the “good as, good as gold.” A final refrain takes the chorus up an octave to a more typical Gaga location, but other than selling the “gold” hook a bit harder it’s forgettable.

If some of the rest of the song was an introspective piece that matched up better with the concept of a repentant but unapologetic lover this could have been a subtle antidote to the whore complex Lady Gaga returned to on “Diamond Heart” and “John Wayne.