You are here: Home / consume / games / My Dungeons and Dragons Lifeline 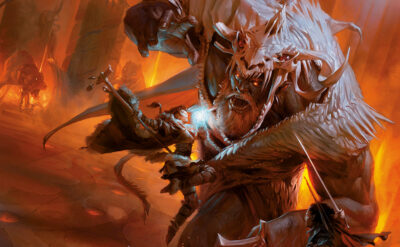 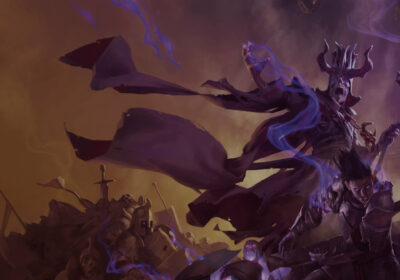 As our initial campaign drew to a close, I asked if I could take a turn at being Dungeon Master for a session or two while our regular DM prepped his next adventure. I had always been fascinated by DM-ing as a mash-up of carefully planned math and improvisational storytelling, but I never had the guts to try to convince people to play with me as a first-time DM.

DM-ing for a session or two turned into my own mini-campaign that ran across several sessions, which turned into me officially co-DM-ing our campaign in the long-run. I was ordering D&D books from anywhere that was still shipping to NZ during various lockdowns and enlisting the help of my family to work out new puzzles and traps over dinner. We even added a trio of additional college friends, swelling the ranks of our party but turning our sessions into a full-on biweekly Drexel Players reunion.

Every two weeks I got to hang out with two groups of friends – the real group of theatre kids as found family I’ve known for decades, and the fictional group of bickering erstwhile adventurers learning to become a found family (when they weren’t actively trying to get each other killed).

Dungeons and Dragons become the story of my year in 2020. By the time I DM-ed my first session it was clear that my cool new dream job was not actually a fit for me. D&D became the one constant in the world as my work life worsened and our household moved in and out of lockdowns. Heck, comics even stopped being published for a few weeks in there!

Despite all of that, every two weeks I know I’d see the seven faces of my friends (plus special appearances from various partners and kids) and sometimes I would be the one responsible for their virtual lives. Our sessions always began with an hour of catching up – something we hadn’t done with such regularity for almost 20 years. Those catch-ups eventually got past the surface level to be really about ourselves. We were no longer idly recapping our weeks, but actually opening up about our feelings and anxieties. 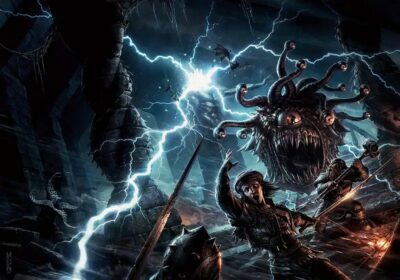 Even though I used to spend hours every day rehearsing with these folks (and partying with them on weekends) (okay, also on weeknights, there’s no use pretending, it’s all documented here on the blog), I don’t know if we had ever been closer. When I eventually left my job and returned briefly to stay-at-home-parent status, it was the regularity of our sessions that helped me retain a sense of normalcy and motivation.

We have now been playing for two and a half years straight, through many of the worst weeks of my life. The only time we’ve ever skipped a session was when I was DM-ing and life was just all too much for me to be ready to be in charge of everyone’s experience for the night. I felt awful to cancel on our long-running streak, but the response I got told me everything about why D&D was so good for me. My friends said, “if this isn’t a thing that’s good for you this week, you shouldn’t do it. But, next time let’s just keep the session and hang out without playing.

I don’t know who I would be right now in 2022 without our Dungeons & Dragons campaign. I might still be in a wrong job or no job at all rather than something that makes me happy and fits in with my life. I would certainly have spent two years of the pandemic feeling more isolated than ever before without any longtime friends here in NZ.

And, I am certain I would not be here blogging for you, because being a Dungeon Master reignited a creative spark in me that had dwindled over the past few years.

The best campaigns of table top role playing games are about more than playing a fantastical game of pretend. They’re about constructing a mutually-agreed-upon reality where you feel safe even when your character is in imminent danger, and about encouraging both playfulness and introspection you can bring with you back to your regular life.

And, also, about slaying dragons.