You are here: Home / Personal / topics / thoughts / the spider in the mirror 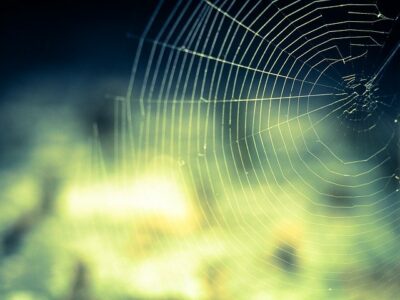 Then, disaster struck. Not all at once, mind you, but a disastrous chain of events began to unspool.

At some point in the process of moving from our old house to this one, the driver’s side mirror took a nasty bump that snapped it backward on its swiveling joint. (This is a common injury on Wellington’s tight streets.) The mirror still sat squarely without risk of toppling, but the electronic mechanism had died.

Apparently the short, sharp shock had no negative effect on my spider-friend. New webs continued at our new house. I hoped that the insect live would be lively enough here. It seemed much less-buggy to me at our new house than it had been at our house that was higher up and nearer to the shoreline.

I am 9 times out of 10 the driver of our car, and for a while I was fine with the mirror’s unadjustable state. However, we were due to have family visit (this was pre-pandemic), and E would be using her one time of car driving to ferry everyone to a camping trip. (Without me: I don’t camp; I stay in lovely full accommodations with electricity and wifi adjacent to outdoor activities). I didn’t want her to be stuck with a non-adjustable mirror with a car full of people we love.

Without giving much thought to my spider-friend, I brought the car in to have the mirror replaced. 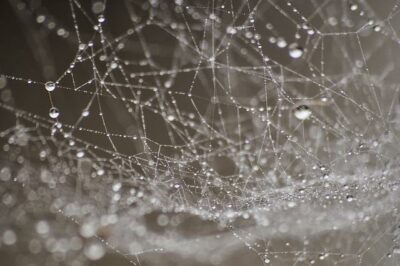 Image by mac231 from Pixabay

My error became apparent as soon as I was called back into the service bay to give the car a once-over. They hadn’t washed the entire car, but my brand-new mirror was gleaming and webless. There was no way I could’ve warned the spider that its home was about to be removed and callously discarded onto a pile of spare parts. I had never even seen it, so there was little chance of me coaxing it out and capturing it.

I suppose I could’ve begged for a crowbar from the car repair people, pried the face of the mirror off just before the repair, and scooped the spider into a little jar for safekeeping. Or, I could’ve asked for my broken mirror back after the repair, brought it back to the house, and set it down next to the car in the hopes that my spider would have the wits to re-home itself.

Or I could simply get used to web being gone, to the idea of driving alone, again. It was only a spider. An unseen spider.

It has been over two-and-half years since getting that mirror replaced, and I still think about that spider. I always meant to write about it while it was still living in the mirror – to take a photo of its makeshift mobile home. I even had the title of this post jotted down in the margins of a notebook. I never got around to it.

Sometimes when make a minor, necessary change, you underestimate what small interconnected comforts it might eliminate – even if those comforts were never much of a comfort at all, and were instead an odd, useless, little habit that helped propel you through your day.

Sometimes the things you assume will last forever and aren’t worth commenting upon are the most ephemeral.

Sometimes its just a spider in the mirror.