I’m back with a new Marvel Guide for Patrons of Crushing Krisis that’s about to be very relevant in a few weeks with the release of Thor: Love & Thunder, for a run that I hold in very high regard…

Guide to Jane Foster – The Mighty Thor & Valkyrie
Note: This guide is now available to ALL READERS! 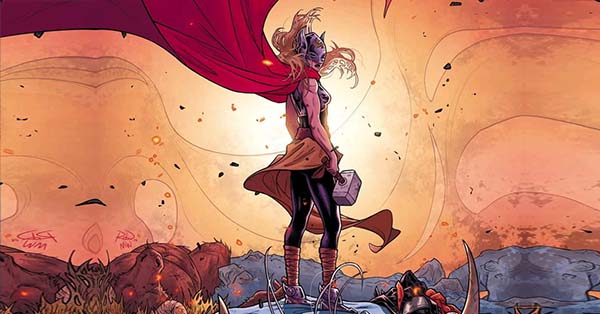 Jane Foster is one of a particular group of Marvel’s Silver and Bronze Age supporting characters who had a few hundred appearances without ever having a specific story of their own until relatively recently.

That recent story is a huge one. Jane Foster’s turn as The Mighty Thor during Jason Aaron’s run on Thor might be Marvel’s most-definitive modern classic of the 2010s! It’s big, it’s gorgeous, and it’s an incredibly emotional read. It is by far my top recommended reading from both Marvel and DC from the past decade! 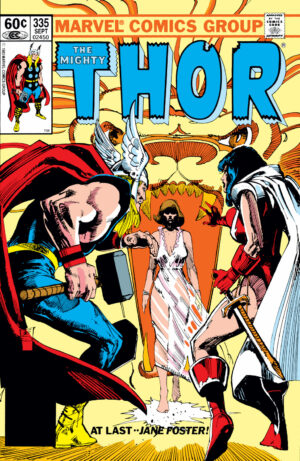 It would’ve been easy to simply pull together a Jane Foster Guide to her as Thor and her subsequent transformation to Valkyrie. I’ve read every single issue of Marvel since that transformation and I have extensive notes on them all!

Yes, it has been recollected across many formats – Omnibus, deluxe hardcover, Complete Collection, and a pair of new “greatest hits” style paperbacks – but her story covers a finite set of issues across a number of specifically ordered series.

Yet, I had questions about Jane’s past. When did she stop being Thor’s love interest to get married to another man? When did she go from Nurse Foster to Doctor Foster? Had she ever been super-powered in the past? And, did any of her past stories have an influence on Aaron’s modern direction for her character?

Thor of you who have been following me for a while will not be surprised to hear that these questions lead me down a rabbit hole of inquiry, as I realized that no other Jane Foster Guide or wiki on the internet answered them the way I wanted them to be answered.

The solution? Read every single panel of Jane Foster from 1962 to 2012 and summarize it in my guide.

What did I learn? 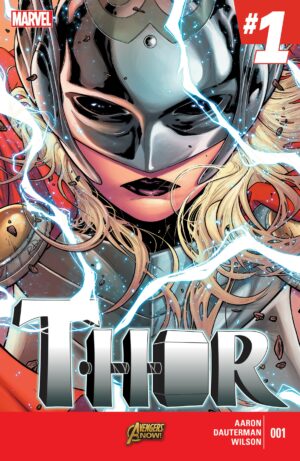 That Jane Foster was uniquely assertive in the Silver Age, though that was often due to her (and the writers’) disdain for Dr. Donald Blake’s disability.

That Jane was a short-lived love interest who was quickly shuffled off-stage in favor of Sif (both by Thor’s writers and in-story by Odin). That she later had her own Thor / Donald Blake switcheroo relationship with Sif.

That she has a special connection with the High Evolutionary, several reasons to distrust Odin, a medical degree obtained off-panel in a matter of months, and multiple estrangements from her (now-deceased) family.

(I also learned (or, was reminded) that I really love Thor comics! I’ve long collected his line whenever it popped up in quarter bins dating back to the 90s, but I’ve seldom read it for more than an issue two at a time prior to 2006. Now that I’ve skimmed a few hundred issues, I really want to go back for a big master read of everything!)

I had no idea I’d be digging this deep for this guide. Had I stuck to the original plan, I think I would’ve finished in my projection of four hours. That’s about how long the final “Thor & Valkyrie” bit of the guide took to map and link. But, uh… it took longer than that. A lot longer.

And it was all worth it. And it was fun! And I would do it all over again!

Anyway, we couldn’t call it a definitive Jane Foster Guide if I didn’t do all that, eh? So, instead of just a summary of Jane Foster from 2012 to present, you get a guide to EVERY JANE FOSTER COMIC EVER, with complete issue-by-issue summaries of the plots of all of her appearances prior to 2013.

(Of those ~180 historic issues, there are about 18 that are worth reading to learn Jane’s story, and I highlight them all in a “Greatest Hits” section at the start of the guide.)