Last week I threw away some expired prescriptions from at least a decade ago.

I know what you’re thinking. “Krisis will really blog about anything to keep up these regular posts. Maybe we’ll get a YouTube show reviewing the contents of every trash can in the house.”

Honestly, I wouldn’t rule it out. But, I promise, this trip to the trash can was particularly significant!

When we bought a house back in 2010, in many ways my life entered “accumulation mode.” I never had that much space to fill before, or a space that felt so permanent. After an entire life spent in rentals, I finally felt like I could have and do stuff. I’m not just talking about my comic collection! Having a house also lead to me fronting a full band, learning to play bass, writing a book, and making a huge career pivot.

In short: I felt settled. That extended to more than my stuff. It came with a feeling of psychological safety. 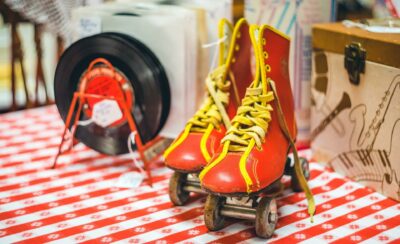 Image by tookapic from Pixabay

Then, almost exactly five years ago, we packed that entire life into a shipping container. We had fewer than 90 days to go from committing to our move to hopping on the first of three flights en route to New Zealand, so the packing wasn’t very discerning. All of the comics, musical gear, kitchen appliances, and expired medication got boxed up regardless of if we’d ever want to see them again in New Zealand.

Even though we’ve long since unpacked all the essentials, in some ways I’ve been living out of boxes for the past half decade. Heck, I needed an almost 90-episode web show to motivate me to unpack all of my collected editions! It’s not unusual for E to send me on a scavenger hunt through the garage for something we haven’t seen since leaving America.

This set me back to a mindset of everything in life being temporary. Having to move again in 2019 when I finally felt at home in our first rental in NZ made things even worse and it was compounded by our deportation scare in early 2020.

I was back to being unsettled.

If feeling settled came with a warm, tingly feeling of safety, feeling unsettled again introduced a constant, low-level of buzzing anxiety in the back of my brain.

I still bought stuff and did new things, but it felt unsteady. Imagine cooking a big meal while wearing roller skates. Would you whisk and chop as confidently? Would you clean up as you cooked? Would it be easy to lift a heavy pan into a hot oven? Or, would you do everything more slowly, with less certainty and more mess.

That’s how being unsettled feels to me now that I know there’s an alternative – slow, uncertain, and messy.

Here’s the thing I’ve slowly accepted about the rollerskate-cooking that is my ongoing immigrant life: forcing yourself to be physically settled helps with feeling mentally settled, and the opposite is true as well.

Sometimes that’s buying a new shelf to improve the clutter. Others it means inviting friends over for dinner, because that is a thing we can do.

And, sometimes that means unearthing a box full of expired prescriptions I haven’t dealt with since 2012 and tossing them all in the trash.

Previous Post: « New for Patrons: Legion of Super-Heroes Guide
Next Post: Anatomy of a Comic Book Guide (and a comic book collection) »