You are here: Home / Personal / topics / thoughts / time, see what’s become of me

I am making a New Year’s resolution.

I haven’t made any resolutions for over two decades. I’ve always believed that resolutions are intentions to fail.

Or, as I said back in 2001, “You can’t really resolve to do anything except for those things so explicitly under your own power that you could and should be doing them anyway.” A decade later in 2011, I added, “Why should 1/1 be any different from 4/5 or 6/6 or any other day of the year?” 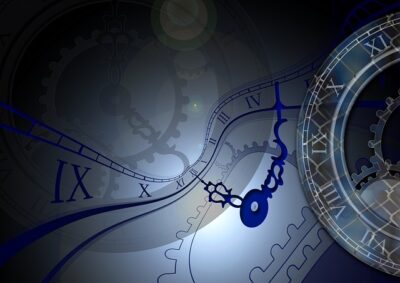 Image by Gerd Altmann from Pixabay

In January 2004 I said I was not resolving to do three things, but that I’d like keep my focus on them throughout the year. They were:

Even as my life got more complex in the following decade, I hewed closely to those non-resolves and they served me well. As I said in 2007, “even if I went on a bender of money or time wasting, or food devouring, at least I knew it was just a bender.”

(A decade ago I tried to expanded those three goals to 10 Commandments. They were an excellent set of commandments that would be terrific to live by, but they proved to be too many things to keep in mind all the time. Three is a magic number, after all.)

After I had those three rules in place, instead of making resolutions I began to focus on goals. Goals aren’t ephemeral ongoing vows. They are tangible, doable, accomplishable things, like “get my driver’s license” or “record 10 songs.”

I liked to set a large amount of goals in January and then see where the year took me. I thought of them as the corporate balance sheet of the business of me. I’d grade myself at the end of the year, and it could be as revealing to score well as to score badly. As I explained 2010, “The goals were good for something else, too – they let me know what wasn’t important. If I cannot bring myself to tag the last 800 posts from CK’s first three months even with my grade hanging on the line, it’s just not gonna happen.”

In 2014, I claimed even those goals were getting overwhelming, and I was going to strip down to a simple flowchart. I think that had less to do with the goals being a bad idea and more to do with having an infant human to raise and an infant start-up team to grow, plus two adolescent bands to lead. I needed simplicity.

Something interesting happened in those intermediate five years other than just moving to New Zealand. To put it plainly: my life went from the simplest it has ever been to the hardest I’ve ever experienced.

In 2016 life could not have been easier. I had left my dream job to be a stay-at-home parent! I had my budget for the next 18 months worked out down to the dollar. I was cooking healthy meals and going to the gym. I had all the time in the world – both to spend with the toddler when she was awake and to work on my own projects when she was asleep.

I didn’t even need my non-resolutions. Life just flowed.

Then, in 2017, everything changed: We moved to New Zealand, entirely removed from our familiar world and all of the support systems that came with it. Everything was different – banking, groceries, and the sorts of things that took time in a country with fewer capitalist conveniences (which isn’t a bad thing).

In the five years since then I’ve experienced hurdles, challenges, setbacks, sadness, and outright trauma in a way I haven’t had to deal with for the majority of my adult life. My life is still orders of magnitude easier than what so many other people experience, but it’s a lot more difficult than what I’ve ever known before.

Also, that former toddler is now a very big kid with a lot of opinions, commitments, and goals of her own, and it’s of utmost importance to me to be present for her while she still thinks it’s cool to hang out with me.

And, I’m getting older. That makes things more complicated, too.

Somewhere in those five difficult years I didn’t just lose track of my budget, my health, and my time. I lost track of everything.

In the process, I grew as human being, but along the way I lost track of so many things that matter to me and that make me content. I made some moves to fix that in 2022, but I made the critical mistake of resolving to do something rather than ensuring I had practical rules to life by. Unsurprisingly, my improvements didn’t make it through the shakeups of the year.

I realize now the intense wisdom I had 19 years ago with those three simple non-resolutions. They weren’t rules or guidelines so much as they were a definition of intent. I worked out a perfect equation.

I didn’t have much in life back then – not a house, or a car, or even a nice guitar. But, I wasn’t responsible for much, either – at home or at work. What I did have was the seemingly infinite time of youth. Time to figure things out. Time to try new things. Time to put things off.

Nineteen years later I am responsible for so much more. And, I am so acutely aware of time. Another 19 years from now my kid will be an adult older than I was when I made those non-resolutions. I’ll have less life ahead of me than I do behind me. The world will be even more complex than it is today.

I have one resolution in 2023: to appreciate the wisdom of all of those past version of me. To go beyond paying attention to what’s coming in and out of my bank account, my body, and my time to really care about those things.

I do have a fourth non-resolution to add to those original three. A new intent to assign to myself.

Not just to others. Not just to myself. To the entire world. I don’t think I’ve ever been intentionally unkind, but I understand something now that I didn’t in 2004:

Once you’ve run out of money, once you start losing control of your body, and once you are running out of time… your kindness is all that’s left. It’s how you will judge yourself, and how others will remember you.