Scene: Yesterday at the Las Vegas airport, just after 9am PT.

I am scheduled to rehearse with Arcati Crisis in approximately six hours. E and I have just been deplaned. I texted Gina an update on my flight.

This is our actual text message conversation, unabridged. 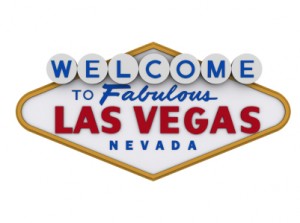 Peter:  Our plane is delayed due to a bad smell. Will text you upon arrival. I still might be home in time.

Gina: Bad smell like a rotting carcass, or like an “OMG PLANE CRASH” kind of bad smell?

G: I don’t know what the latter would smell like. Fuel?

P: I suspect a dirty sock has been sucked into the air circulation system. We have been grounded due to a dirty sock.

G: Probably placed there by an angry flight attendant.

P: They keep beckoning the attendants back into the plane for a “sniff test.” I do not think “sniff” is a technical acronym. I believe they are actually testing our safety with their finely trained noses.

G: That’s amazing. “Flight attendants: it is time for you to sniff once again. This is what we’ve been training for all of our lives.”

G: If there was a chemist there, they’d make sure people were wafting.

P: Do you think I should go over and explain wafting to them? They seem very pleasant. Maybe they are lifelong learners who would appreciate the knowledge.

G: Well, I suppose wafting would only be useful if they are looking to stick their noses into bottles or cans of questionable materials. If there is an exhaust pipe somewhere with a dirty sock in it, I guess that counts.

G: It is my opinion that they should have hired people who walk around in lab coats with the airline emblem on them to do the sniffing … to add legitimacy to the whole thing. Nothing says “legitimate” like a lab coat.

P: Maybe they have the lab coats in the overhead bin with the sample oxygen mask. Maybe SNIF stands for “sensing nefarious intrusive fragrances.” They serve many roles, flight attendants.

G: It’s true. Perhaps they just ran out of miniature liquor bottles and they’re trying to come up with how to handle the passengers without them. 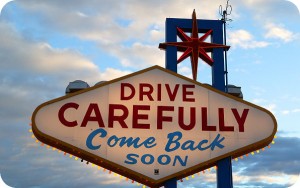 P: Now we cannot reenter the plane to retrieve our luggage. I will be secretly thrilled if the bad smell is actually toxic.

G: Wow, you still haven’t taken off yet? Are they going to put you on another plane?

P: No. We are relocating Arcati Crisis to Las Vegas. We will be staying in the executive suit of The Flamingo. We will be alternates for Donnie & Marie.

G: This all sounds completely reasonable and appropriate.

G: Of course we would be staying at The Flamingo. This would only be more sensical if we were staying in a suite next to a penthouse filled with Elvises.

P: There are paramedics with a stretcher waiting in the jetway. Except, everyone from the flight is seated out here at the gate.

G: I am guessing they found an alien life form in there. You might actually be living out Terror at 30,000 Feet … but … at sea level and not trapped in a plane … and without William Shatner. So, not nearly as dynamic or exciting.

G: It occurs to me that the presence of William Shatner in any form at this point would improve your situation.

P: They just took a single large bag out of the plane on the stretcher.

[That’s Extraterrestrial Biological Entity, for those of you who did not watch The X-Files.]

G: I think this entire conversation will be making it’s way onto my blog.

Epilogue, three hours later … around when rehearsal was set to begin.

G: Have you made your way onto a plane yet.

G: Oy. Did you find out any fabulous details about the Mysterious Odor?

P: No further information. I was told by an airline rep that I was “very nice,” so clearly they are trying to cover something up.

P: This is an actual message I just heard on the overhead: “We want to let you know this flight does not have running water, which means you will not have coffee service, or be able to flush the toilets.”

P: Then, after a brief pause: “We jut want to clarify – you will be able to use the toilets, but will be unable to flush them or wash your hands.”

E and I touched down in Philly just after 10pm. Our plane smelled lovely and did have running water.

A short conversational treatise on hickeys in the workplace:

frank, my manager: Damn, what happened to your neck?

frank: Dude, it looks awful. It’s all purple and bubbled up….

krisis: Um, yeah, let me just button up my shirt.

Thank god for collared shirts, that’s all i have to say about that one…

Josh: Hmm…I always thought your blog was for allusions to things that most people know nothing about…it’s like watching a TV show muted, and then seeing “To be continued.”

Sweet jesus how i hate classic western literature. i swear… the next book i have to read by a dead white man is gonna get burnt in flaming effigy when i’m thru with it. Between the general ignorance (in all senses of the word) of many works that aren’t as traditional or widely translated and the nearly total exclusion of female authors, i have never enjoyed pre-20th century european lit and probably never will. So, of course, what’s my first class M-W-F? 10am, Masterworks of Western Lit! Aside from the infinitely boring reading (averaging to almost a dreadful book each week, which i don’t really mind), my teacher seems to be quite batty. Two quality comments she made on Monday are as follows:


Bat-Woman – I may not be a math professor, but i can do my share of calculations. You know, i had to tutor all of my children in that sort of thing when they were in school. I was always especially good at fractions and percentiles. My son never understood those. They really pushed those fractions in grade school back then. Do you all know fractions?

Bat Woman – You had “issues” scheduling the class? Young people have such an interesting way of using the word “issues” nowadays. I don’t think it’s supposed to mean “intangibly unidentifiable problem that i can’t quantify but is certainly very present.” I could be wrong, though…

She actually doesn’t come off as especially old or patronizing – instead it’s more like quaint and whimsical. She actually managed to hold my attention the whole class, even while i was searching my backpack for something i could use to light my copy of the sorrows of young werther on fire with. Someone said he felt the book (a collection of semi-fictional letters from a “indolent and insufferably well-read” young man who’s obsessed with a remarkable young lady) read a lot like a personal webpage and i managed to LOL heartily before cringing when i realized how right he was. Dear god, please tell me i’m more interesting of a sap than young Werther. … ugh.

krisis: go and nominate me!