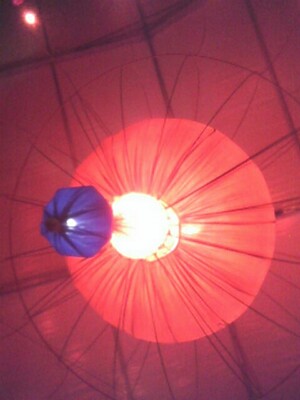 I’m in much more of an output phase than an intake one right now, but sometimes output involves manic consumption of a lot of things in a brief period of time to keep me fueled.

As such, here are the albums i’ve acquired over the holiday weekend, physically or via allofmp3. It remains to be seen how many will be listened to beyond this weekend.

Built to Spill – You In Reverse. I haven’t listened to this yet – i’ve grown a little reverential w/BtS first listens. I’ll probably do it downstairs in surround sound.

Dixie Chicks – Taking the Long Way. Basically i was seduced by all the Fleetwood Mac comparisons in the media, which seem to have been entirely between the title track and “Say You Love Me.” Total cop out!

The Dresden Dolls – Yes, Virginia… Much better than i anticipated, although Amanda Palmer definitely has some remedial vocal moments. I’m forgiving to female vocalists, though, cause the rock deck is stacked against them. “Backstabber” and “Shores of California” highly recommended.

Frou Frou – Details. I already love this disc from my digital copy, but i found it on sale. I would have bought a physical copy of Speak for Yourself too, but the first time i bought the disc it had creepy copy-protection, and now they have it in a slip-case to obscure whether or not it has creepy copy-protection.

Gnarls Barkley – St. Elsewhere. I thought the awesomeness of the single was a fluke and was incredibly wrong.

Gossip – Standing in the Way of Control. Like Yeah Yeah Yeahs, but without the leap of faith it sometimes takes to buy into Karen O’s vocals. This woman could make a deep run on American Idol. Listen to “Fire with Fire.”

Jewel – Goodbye, Alice In Wonderland. I love that Jewel is actively mining older songs that she never got a chance to record, because it’s something i would do. Also, the sample track i picked was “Only One Too,” which is an awesome rock song.

Matt Nathanson – Live At the Point. A songwriter i enjoy at my former favorite Philly room to hear music. What’s not to like? Well, in the absence of fuller arrangements and his wonderfully layered harmony and guitars, Matt and his 12-string come off as a little hapless.

Nirvana – In Utero. Review here. “Heart Shaped Box” is my favorite Nirvana song, partially because I remember being however old i was, watching MTV, and marveling at the audacity of a line like “I wish I could eat your cancer when you turn black.” I’ll eventually get Bleach, too.

Pearl Jam. I can’t explain it. We all know i hate them, but i kept hearing catchy songs from this disc. I think it’s cold in hell right now.

Daniel Powter. American Idol’s systematic brainwashing aside, i think he’s on the slightly more bearable side of the Maroon Five / James Blunt coin.

Snow Patrol – Eyes Open. This one is with trepidation – they’re a little on the sappy side for me, but i do like his voice. And, at least they’re not Coldplay, ya know?

U2 – War. Slowly but surely i will compile all of U2’s discography, one sale at a time, and then they will be promptly remastered.

The Wreckers – Stand Still, Look Pretty. Much more country-fried than the new Dixie Chicks. Probably shouldn’t have bought it, but i still inexplicably adore Michelle Branch and lead single “The Good Kind.”

Lest you think i buy every disc i encounter, here’s the list of my rejected albums for the weekend:


Amadou & Mariam – Dimanche a Bamako. I might come back to this one – I’m a little too focused on songwriting right now to appreciate something slightly more abstract (and not in English).

Brendan Benson – The Alternative to Love. The catchiness there, but why must he be so squeaky? He’s not even singing that high. I just have little patience for bad singers. Maybe i’ll try it some other time.

Broken Social Scene. When the first three songs i randomly choose from your album are unintelligible, that’s not a good sign.

Flaming Lips – At War With Mystics. You let a freaky band have two hit songs over the course of ten years and suddenly they’re unassailable critical darlings. Give it a rest, indy media.

Mono – You Are There. I barely have the patience for five-minute pop songs. Thirteen minutes of atmosphere is pushing it; i can just borrow Erika’s Sigur Ros albums.

Mountain Goats – The Sunset Tree. What is with this guy’s voice? Does he do musical theatre, or something? It’s just not a rock voice, and it pulls me away from the songs.

Red Hot Chili Peppers – Stadium Arcadium. Despite the best efforts of his compatriots, Kedis still can’t do more than four or five good songs per album cycle, which makes a double album a lamentable idea.

The Zutons – Tired of Hanging Around. I can understand why people are all wound up about this band, but they just make my ears tired. I know it’s somewhat blasphemous to say this, but i’d pick a Strokes disc over this every time.