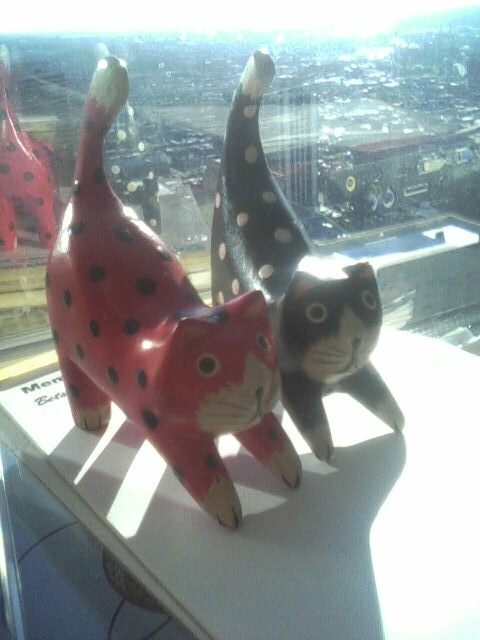 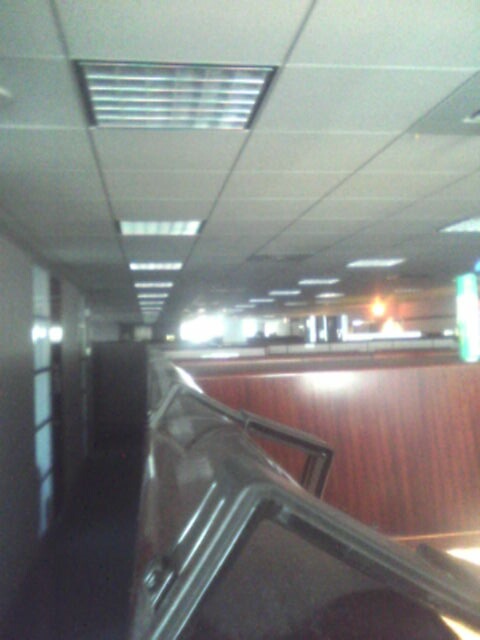 The office is empty, and nearly seems haunted. Walking to the bathroom is a nervewracking endeavor, though sitting at my desk to get things done is easier less the lights and commotion.

I am tempted to come in on the weekends to play laser-tag.

Elise and I watched The Lost Boys last night. I built it up as, “Buffy of the eighties – dark, but quite amusing.” What I forgot is that I probably hadn’t seen this movie in a decade, and that my mind had magnified the few very good moments (mostly in the sequence where Michael first vamps out in the house, but also the trippy “it’s just rice” bit) so that they obscured the many, many, very terrible moments (too numerous to list here). Also, the plot is non-existant – mom got divorced, Michael gawks obscenely at Star (and finally has hot PG-sex with her (in an R movie)) while momo starts dating a creepy guy (grandpa from Gilmore Girls) who owns a tape store on the boardwalk, Michael becomes a vampire, whacky kids and grandpa save the day, fin. Basically, it’s all the plot elements of Buffy without any of the wit that marked it. Also, it’s a Donner/Schulmaker production. Heh.

Really the sort of thing I should be getting drunk to watch with former roommates. Like Beastmaster. Anyhow, Elise lost a touch of respect for my taste in flims, but then she suggested we watch Harry Potter, and the balance was righted.

Yes, yes, I thought I was going to get things done last night, cleaning and working on the webpage and whatnot, but Rufus had something to say about it. Rufus and his Want, half pop masterpiece half operetta, seducing me to sleep and then haunting my dreams so that I was singing along to songs i had never heard before when I awoke.

I usually think sex is in the rhythm of a song – I am incredulous as the “best to make love to” lists that are troughs of mid-tempo R&B. If I was making a soundtrack for sex it would be all about rhythm – Death Cab “Company Calls Epilogue,” Q-Tip “Vivrant Thing,” Pavement “Stereo” – songs that just have that something that seems to connect to your hips.

My point being (in that obtuse point-being way where I know exactly what I mean and you probably still haven’t the slightest idea) that Rufus’s entire aesthetic connects with my hips, and every other part of my body. His songs are sexy from the beat to the vocal to the scraping of the bow across the strings on “Angus Dei.” Even songs that I don’t like, songs that aren’t catchy in the least, songs I don’t think are entirely clever, appeal to me down to the root.

Gah, why do I even try to speak before nine? 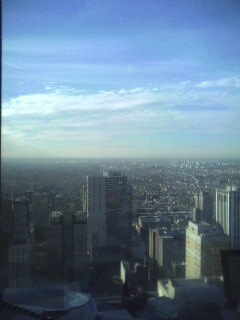 Somehow i inherited the boss-lady’s office (& view) for the week while she’s in CA. 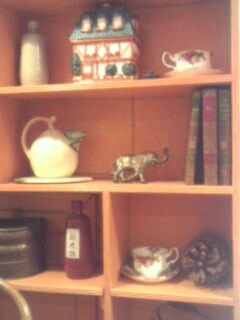 We’re regular enough at the 21st that the waiter not only knows to bring raspberry snapple, he knows to politely confirm that i’ve read my cap before clearing the table.