This is my last week working at Independence Blue Cross – also known as IBX. I have been an IBX associate since March of 2003.

It still doesn’t seem real to see those words written down – not just because they represent the end of a ten-year chapter of my life, but because during that decade the name of my employer has never appeared here on CK (aside from perhaps an archived tweet or two).

No one ever told me not to mention IBX. I had blogged openly about all of my previous jobs and colleagues, and even blogged a bit about my introduction to corporate culture at IBX. I don’t think Google Alerts existed when I first interviewed, or if they did they were not very prevalent.

Yet, as I sat in the interview for my initial cooperative education experience in Provider Communications back in 2003 talking about how I was trying to triangulate my way to the perfect job for me, I must have decided that it was for the best to keep mum about it.

I never thought I would enjoy a corporate job, but my initial co-op position as a Communications Assistant proved that wrong. I loved working with the nuances of words and communicating the position of a brand. END_OF_DOCUMENT_TOKEN_TO_BE_REPLACED

I work on the thirty-eighth of forty five floors, and sometimes the floor shakes.

This is the reality of working in a high rise office building. There is not always a reason for it. There seems to be a certain square of carpet positioned half the office away from me that, when walked over with vigor, causes my chair to shake.

I’ve never quite discerned which square of carpet it is, but yesterday a little bit before 2pm I was ready to find it because clearly someone with a little bit of heft to them was jumping up and down right on top of it.

I stood up from my chair.

Plan B. Maybe I was having a white-out? I used to have them in high school when my diet consisted entirely of allergy pills and Altoids. The world begins to go white around the edges and you have the sensation you are shaking and try to correct it, but really you weren’t shaking in the first place, except the shaking correction turns into you anti-shaking.

It’s all very confusing. Except, yesterday I didn’t feel confused. Well, I was confused about the shaking, but it didn’t seem to be originating from my person. And I wasn’t seeing white.

Also, I had just eaten a really big lunch.

It was at this juncture that I picked up my phone and tweeted:

Um, did Philly just have an earthquake? Our building is shaking.

Here my cultivation theory kicked in. If life is like the movies, we’ve all seen the disaster movies – we all know what not to do.

I checked to make sure my enceinte cube neighbor was okay, picked up all of my things (people are always going back for their cell phone or laptop), and walked to the doorway to the fire tower stairway, where I continued tweeting. After all, one wall of my cube is solid reinforced glass windows. Not where you want to be in the event of an earthquake or alien attack.

I just watched Skyline. I know what’s up.

Camped out by the stairs it took one swipe through my Twitter stream to see the shaking was not localized to Philly. I noticed mentions from Syracuse and Arlington.

We all know the story from there.

There is a beauty in shared experiences on the internet. And, while a pretty big percentage of people might see a certain television show or comment on a political revolution a world away, nothing tops direct, personal experience with natural phenomenon. Twitter was abuzz for Snopocalypse and it’s been abuzz during our summer deluge of rain.

For an earthquake felt by the entire disaster-deprived northeastern seaboard, it was electrified.

I felt only slightly reassured once tweets identified the source and magnitude of the earthquake was in Virginia. What about aftershocks? Or, what if it was just a pre-tremor tremble presaging the big one?

Also, there was still the alien angle to consider.

Plus, I still had that pregnant co-worker. If this really go down like a real disaster movie my chances of survival as a gawky meta-aware white guy were ever lower with her in the cast.

With our expectant friend safely making her way home our office belatedly made an announcement about our relative safety and encouraged us to do the same.

Everyone in the building ran for the elevators. It was practically an aftershock. Because you totally want to be packed into elevators with 3,000 of your closest friends right after an earthquake. That sounds awesome.

I proceded back to the fire stairs and walked down them. All thirty-eight flights. I emerged from the lobby just ahead of my co-workers who took the elevators.

Then I walked twenty-five blocks. Sure, I could have jumped right on the El near my building. But I thought of people. People on the El are incredible stupid and rude on any day of the week. In the aftermath of an earthquake with the entire city dismissed from work all at once?

I have seen War of the Worlds. I know how that turns out.

I had no interest in being underground with other human beings. I walked to 46th street and waited in beautiful sunlight for the El to carry me home.

I nearly died yesterday, due to a combination of popcorn, caffeine, and my remarkable skill and poise in professional presentations.

Allow me to back up for a moment. Last year E and I sent our spit to 23andMe so we could receive genetic profiles. Mine revealed many interesting things, including that the fact that my body metabolizes caffeine differently than most people.

Anyone who knows me could have told you that without the benefit of a state-of-the-art genetic test. Where a 12-ounce coffee makes most people perky, it turns me into a jittery, speed-talking demon that cannot operate touch screens or complex machinery.

It was with full knowledge of that potential outcome that I grabbed a 20-ounce soy chai latté on the way into an informal client presentation, figuring that I needed at least a slight edge of insanity to get through my fifth meeting and subsequent all-nighter of writing. 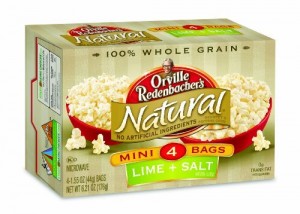 You would think I would be too traumatized by the events in this post to want to eat the popcorn ever again, but it was actually really good. I mean, there are worse ways to die than to asphyxiate on a delicious snack.

Fast forward to the meeting.

Slightly high on my caffeine buzz, I am at the head of a conference table filled with my clients, one of whom made individual bags of lime-tinted popcorn for each of us.

Things are going well. I have a rhythm down: gesture to slide, explain, solicit feedback, eat two kernels of popcorn, respond, repeat.

On the umpteenth repetition of this ritual, I finish explaining, solicit questions, and place the first of two pieces of popcorn into my mouth. The question is brief, and I inhale sharply to fuel my answer.

My first piece of popcorn skitters back across my tongue and lodges itself firmly in my windpipe.

“Excuse me,” I wheeze, patting my chest gently to expel the rogue kernel.

It does not expel.

I try to gently cough it up without causing a hugely gross scene in the middle of my presentation. and discover that I don’t seem to have any air to do the coughing with.

My entire client group is now staring me down as I slowly asphyxiate in front of them. I hold up one figure in a gesture to them to wait a moment and try again – with slightly less tact – to cough up the kernel, still lodged in my windpipe.

Nothing seems to be happening. I am acutely aware of the inexorable passage of time, both from a biological “I need to breathe” perspective and a business “this is kindof a long pause in a presentation, even an informal one with popcorn” perspective.

The entire client team continues to look on, now in mute horror, as my thumps to my own chest become less and less delicate. Finally, now nearly half a minute having passed, I turn to my left to one of my clients and in the barest of whispers state the following:

Said client solemnly rose to his feet, walked around my overstuffed chair, and thumped me solidly three times in the back.

The kernel popped out of my windpipe, and I promptly swallowed it before it could wreak any further havoc. I re-took the inhaled breath that got me into trouble to begin with, and plunged forward.

(scene: Peter and co-worker giggling maniacally in the hallway in front of our manager’s office)

Manager: What are you doing out there?

Me: If we tell you, you have to promise to not fire us for doing it.

Me: We’re making a human pyramid in the middle of the hallway.

Co-worker: So we can take a picture of us in a human pyramid. I’ll be on top! [strikes a legitimate cheerleading pose.]

Manager: Cool! Can I watch?

As I spend more time working on Social Media projects at work and at home, one of the most recurring topics is “Trolls.”

It’s a broad topic. Trolls can be anything from vociferous-but-reasonable dissenters to people with an agenda of annoyance and an axe to grind. Each species merits a different reaction.

The Air Force created a terrific Web Posting Response Assessment – effectively, a Troll Taxonomy Tool & Decision Tree – to aid in selecting a response. (Here is a PDF of a recent version, for your reference.)

This simple, one-page chart has been a sanity-saver on a few projects in 2009. It forced my teams to stop a cycle of second-guessing – evaluate, respond if-needed, and move on.

That’s why my thoughts went to the assessment last night, when I received a comment notification on one of my videos. The comment was to the effect of “this dude can’t hit a note.”

I tried to objectively place my responder in the tree. Clearly he had a negative experience listening to me. He’s also misguided, because I’m definitely hitting many notes quite well in the video, and his comment wasn’t subjective.

Ultimately, though, he’s just a garden-variety Troll – spreading negativity for some intangible reason it’s impossible to dispute. So, per the Air Force, I’ll monitor it, but won’t respond.

That’s the success of more than my crack Air Force training. Three or more years ago that sort of comment would cripple my confidence. I would probably apologize for his negative experience without ever assuming he was misguided. And I would stop playing the song, probably for months!

Yesterday, he just made me smile. These days I’m a lot bigger than one or ten trollish comments. I sound how I want to sound; if I didn’t, I would have never posted the video.

That’s the same confidence you must have in your brand to make good use of the Air Force tool. If you’re unsure of the product or service you’re offering, every dissent turns into a potentially reasonable complaint.

From there, it’s all apologies, and you’ll be overrun with Trolls.