Since I’m still at a bit of a lag, this week we’re taking a lot at all of October – and there were a slew of great collections that month! Read on for capsule reviews of the X-Men books out in October, plus the skinny on all of Marvel’s other new collected editions from last month.

If you’re looking for more X-Men books, head over to my Definitive Guide to Collecting X-Men Graphic Novels. Or, some X-background, read my Intro to X-Men (on a budget). Trying to decide where to jump in? Check out Where to Start Reading X-Men. 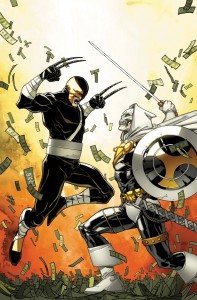 CK Says: Buy it! This isn’t the first time I’ve featured Daken as my top pick, and it won’t be the last. There’s something about the dastardly, amoral, bisexual, pheromone-exuding, tattooed, illegitimate son of Wolverine that I find delightfully subversive when written well, and a year into his solo outing Rob Williams has him down pat.

This collection finds Daken trying to take control of LA the only way he knows how – putting the screws to the existing bad-guys a la Joker in Dark Knight, and sleeping his way into secrets of the scene with a young up-and-coming actor.

The twist? Daken samples the street drug du jour and is both terrified and thrilled to find it shuts off his healing factor! The result are some bloodier-than-usual fights as Daken enjoys handicapping himself while tripping out in Ralph Steadman-esque illustrations. (PS: The interiors are not quite so froggy as the front cover.) Available for pre-order as a TPB. 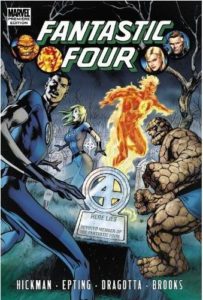 CK Says: Buy it. Writer Jonathan Hickman has re-made a Fantastic Four fan out of me with his operatic two-year run leading up to the issues in this collection. He divides comics’ first family with a war on multiple fronts against traditional foes like Galactus, Namor, and Annihilus as well as by their hard feelings at home, but this story is anything but old school.

Though the big build-up was for the death of a team-member, what’s really worth witnessing here is the rebirth of the FF franchise as one of Marvel’s hottest titles. Interior artist Steve Epting draws such stately, beautiful characters you’ll swear you’re reading Superman.

You may want to pick up Volumes 1, 2, and 3 as well – you can score the entire four-volume run for under $50! Also available in hardcover.

What X-title do I hate with such a passion that I have to abstain from giving it a rating at all? Keep reading to find out, plus get capsule reviews of books from X-Men: Legacy, X-Factor, and X-23 and summaries of the rest of the Marvel Universe. 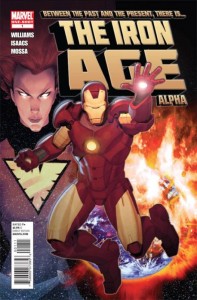 CK Says: Consider it! Yes, this is an Iron Man title in the midst of the X-Collections. Why? Check out this insanity: Tony Stark gets sucked back in time to when he was a consummate drunkard, so none of the past Avengers will believe his alcoholic self when he says the Earth is at risk from Dark Phoenix (!!!), so he recruits pretty much my two favorite B-list X-Men to assist him: Captain Britain and Dazzler! I swear, that’s not even an exaggeration in the least. This will surely be a Christmas gift to myself.

CK Says: Consider it. While not my favorite of Morrison’s X-Men stories, I’m actually fond of Cyclops and Wolverine team-ups. Add the acerbic wit and constant subterfuge of the still-new Fantomax and the accelerated time environment of The World and you have a tidy little action tale. Also available in New X-Men Ultimate Collection, Vol 3. 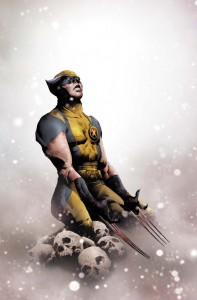 CK Says: $*#! It turns out I am part of a rare 1% of comic fans who despise pretty much every concept and script from one of comics’ hottest authors, Jason Aaron. This collection, in particular, bothered me to the core by setting up an predictable and utterly cliched climax and then paying off every maudlin ounce of it. Yet, all the fans rejoiced heartily, proclaiming it the best Wolverine story in years, and the art was rather awesome, so what do I know? Available for pre-order as a TPB.

CK Says: Skip it. Wolverine’s teenage girl clone headlines an increasingly fan-favorite series (canceled as of today!), but it had a slow start. That was made all the more obvious by comparison to her spectacular past headlining gigs, as on her introductory mini-series and the stellar (and back-to-print!) Target X. Here we pick up Gambit as a supporting character, a simpering Ms. Sinister as a villain, and strong art from Will Conrad, but it will take until the next collection for writer Marjorie Liu to strike the right tone on this title.  Also available in hardcover.

CK Says: Consider it. I just re-read this story last week, and it is a bit of an empty-calorie meal. While there are some amusing bits (Shatterstar’s discovery of musicals is hilarious), on the whole it largely depends on your connection to former New Mutant wolfgirl Rahne, who is pregnant with the spawn of a wolf god. With the rest of the cast mostly on the sidelines, this continues X-Factor’s slower burn after some phenomenal stories heading into the 210s. Available for pre-order as a TPB. 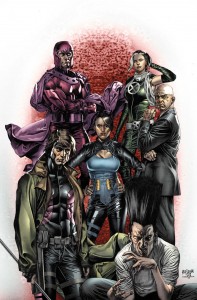 CK Says: Consider it (presently 40% off at Amazon!). This slow, almost somber mission to recapture escaped multiple identities of Xavier’s son Legion features one of the oddest X-teams ever: Magneto and Xavier, Rogue and Gambit, Legion, and former-villain strong-woman Frenzy.

We don’t get to see Erik or Charles do anything especially excellent, but Rogue is the star of the show and Frenzy’s every line is sheer nasty – even when she’s saving the day. Rogue fans would be better off with earlier storylines Emplate or Collision, but longterm Legacy readers will appreciate her continued development here as author Mike Carey stretches the bounds of what her powers can do now that she is in full control of them. Available to pre-order as a TPB.

Wow – October had a lot of X! And now, for the rest of Marvel’s offerings this month… 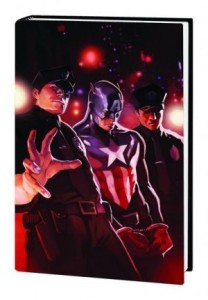 Fantastic Four by Waid & Wieringo Ultimate Collection Book 3 TPB – Waid mines some interesting topics but ultimate goes a bit off the rails in this collection of Fantastic Four #503-513.

Fantastic Four: 1234 Hardcover – I always sing “Senses Working Overtime” when I see the title of this HC! It collects an out-of-continuity take on the FF by comics wunderkind Grant Morrison with perennial stunner Jae Lee on pencils. Collects Fantastic Four: 1234 #1-4 and a Morrison Nick Fury story from Marvel Knights Double Shot #2.

From the Marvel Vault – An intriguing concept: printing stories that never saw light when they were originally written or illustrated. Sadly, none of these are clamored for fan favorites, though they do involve some classic creators. Includes stories from Dr. Strange, Nomad and Thunderbolts, Gambit and the Champions, and Human Torch. 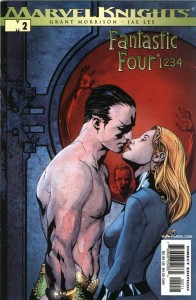 Note: This is not the cover of the collection, though the issue does appear inside of it, and this art is representative of the interiors.

Marvel Masterworks: The Fantastic Four Vol. 7 TPB – Collects classic stories including the Inhumans and the Negative Zone! I just picked this up in hardcover and I can’t wait to read it. Collects #61-71 and Annual 5. 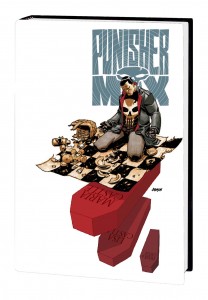 Punishermax: Frank Hardcover – Collects Jason Aaron’s Punishermax #12-16, and I’m sure you can guess how I feel about that. Available for pre-order as a TPB.

S.H.I.E.L.D. TPB – I found this series a bit off-putting, but if you dug Da Vinci Code or the Rimbaldi bits of Alias this book looking at Reed Richard’s father’s escapades as a SHIELD agent is definitely for you. Collects the five issue mini-series (but not the “Infinity” issue that followed). Also available in oversize hardcover. 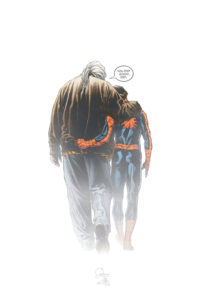 Finally, here are the October books from Marvel’s Ultimate Comics line, which is a separate continuity from the main universe (and, generally, has more in common with their films).

Ultimate Comics Spider-Man: Death of Spider-Man Hardcover – This story saw lots of major media hype, and in the Ultimate Universe, dead really means dead! Hype aside, it was met largely with fan praise for both story and art. Collects Ultimate Comics #156-160.

That’s the wide world of Marvel collections for October. How many did you pick up? How many remain on your wishlist? What totally new-to-you book or character do you want to try?