You are here: Home / consume / comic books / not what i meant to say

That post was supposed to be about the Marvel Avengers Alliance PvP tournament and how you have to be in the top 1,000 people in the world to win Deadpool for free and how I am currently ranked 1,700 out of TWO MILLION but I am never going to close that 700-person gap between now and tomorrow when it’s over even though I am taking every POSSIBLE shot at this point.

In my head I still know it was about that, but I’d have to draw a effing diagram to explain to you how it wound up being about Wayne Gretzky.

Instead, please accept this rather hilarious comic book cover of Deadpool facing off against an undead Teddy Roosevelt and a hoard of animals – presumably either ones that he hunted or intended to kill but never got around to prior to his death. 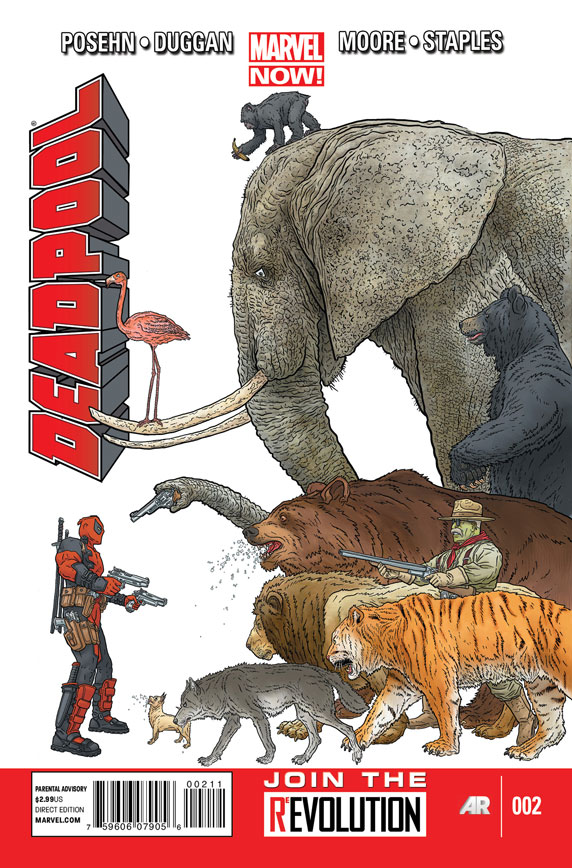 Why they are playing for Team Teddy, I don’t understand.