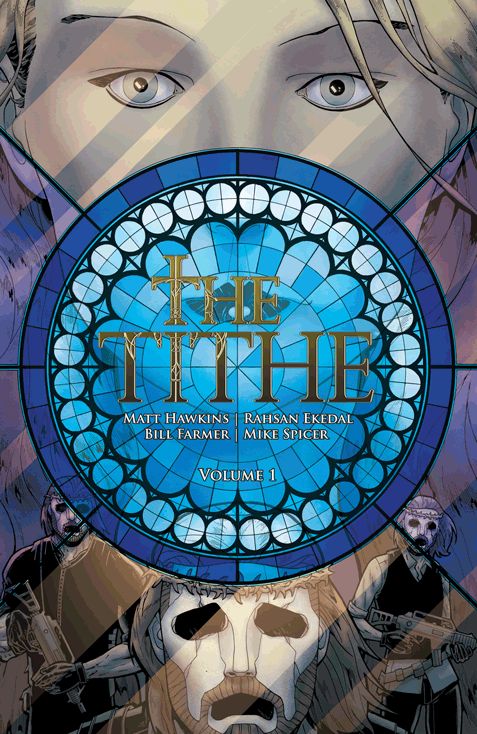 It did not. It was a clever little puzzle of motivation and technology, unwinding who might be stealing donations from mega-churches and pinning the blame on big time drug dealers and if it would be such a bad thing to let them keep on doing it. The primary FBI agent, Dwayne Campbell, felt like someone real with a deeper story yet to be revealed. Despite a couple of groaner moments, it was brisk and entertaining – I finished in one sitting.

Rahsan Ekedal’s  stony faces reminded me of Giuseppe Camuncoli work on Daken and Spider-Man, which I love. Everything played out in shades of moral gray. Even though we meet the villains early on, their motivations are opaque and we’re not meant to be sure how we feel about catching them. There was no true bad guy, since the churches usually came off as bad or worse than the criminals.

It wasn’t my favorite Image book of the year, but it was something different. I liked it enough to be sure I wanted to read a sequel. 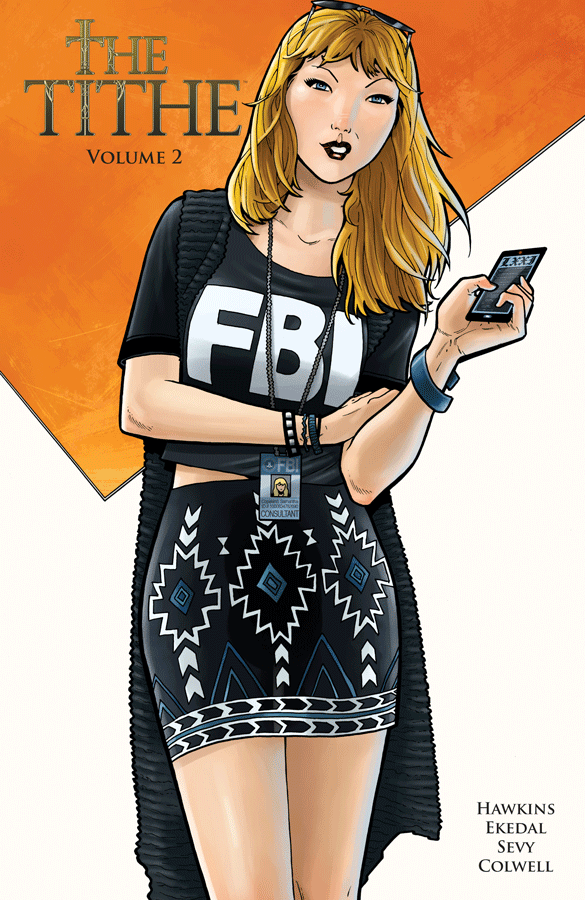 Volume 2 is a dull, violent comic book filled with unlikable characters, more shots to the head, and little dramatic tension. The plot focuses on Islamic terrorism as a false flag operation for something more sinister, and each of the crimes within do physical harm to massive crowds of people.

I don’t have a problem with depicting realistic crime. I’m not the kind of person who feels that just because something awful has happened in real life it must be excused from all future forms of fiction. However, to use something with real life resonance I think you must have a good narrative reason for it. It cannot simply be a placeholder to make your reader or viewer feel upset by playing on their emotions.

That’s exactly what The Tithe does – mercilessly. In each of its massacres, it tries a little tug on the heartstrings in the middle – exactly like a placeholder where a better story should be.

The introduction of a female agent to the squad turned out to be for sexual tension and to have a smarter “smart guy,” leaving our original smart guy with nothing to do but mope over their relationship while the female agent has little depth. Agent Campbell’s tacked on personal drama plays like scenes from a Hallmark special entitled Two Gods, One Family.

There’s no sympathetic villain, as the early reveal is pretty much the worst person on Earth being a ridiculous psychopath with no grounding for his motivation. The potential false flag whodunnit with duped criminals and fake terrorists posting carefully color-timed videos evaporates entirely as a smarter smarter smart guy drops by with a deus ex machina to give our agents something new to do without much mystery. The plot grinds its gears to pivot to a weary and cynical political drama.

On the art side, Ekedal’s contributions to layouts didn’t include his stony faces. The finishes by Philip Sevy and colors by Jeremy Colwell are serviceable, but they don’t have the slickness of Ekedal and the color team from Volume 1. Combined with the much less nuanced story, the entire thing feels decidedly below average. The finale announces an impending crossover with Postal and Think Tank – I don’t know what those are, but I’m probably not tuning in with it. Maybe it’s the need to escalate to that bigger canvas that lead this one astray.

Knowing what I know now about Volume 2, would I still read Volume 1? I think I would – it was clever and it looked good. Honestly, it was so self-contained that I was surprised there was a second volume.