Ready to dig deep into the extreme 1990s? 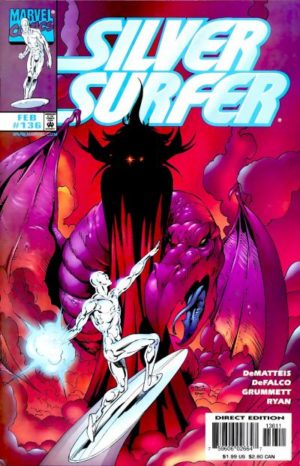 Ron Marz and Ron Lim had an impressive run on Silver Surfer in the 90s that started once Jim Starlin relinquished his hold on the book just prior to Infinity Gauntlet. However, due to the plot threads of Infinity Gauntlet, it probably makes the most sense for an omnibus line collecting their run to start after that story resolves. That’s reinforced by a forthcoming Silver Surfer Epic that collects through #66. Later, the title was taken over by George Perez and then J.M. DeMatteis for a long, uninterrupted run of stories that have never seen collection to date.

As for the material that comes before this, I’ll talk about that tomorrow in the 80s! But, you can see how its currently collected in the Guide to Silver Surfer.

While Venom didn’t have his own ongoing series until the 2000s, he practically had an ongoing series thanks to his never-ending string of mini-series in the 90s. Marvel makes sporadic stabs at collecting these in paperback, but Venom is a popular enough character that he could surely drive sales of an entire omnibus volume – especially if we ever get a standalone Venom film.

Marvel could go the route of collecting his every appearance as they did with Deadpool, but for now I’m restricting this to his first handful of appearances and then his own mini-series. While Venom has key early stories in Amazing Spider-Man (1963) #315-317, #330-333, & 344-347, these are all covered in recent Spider-Man omnibuses.

Venom also makes some key appearances in other comics like Iron Man and Darkhawk – plus, there’s the origin of the black symbiote suit! We’ll save that sort of close examination for a Venom Guide coming this summer. 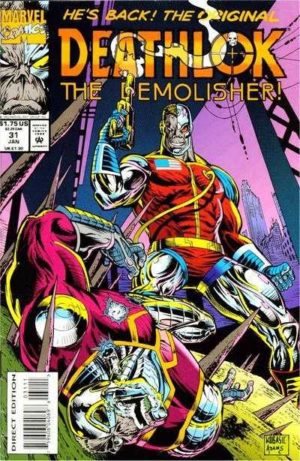 Marvel started collecting this run in paperback around the time that Deathlok was the first superhero featured on its Agents of SHIELD TV show, but when sales weren’t strong they gave up and didn’t issue a second book. That probably doesn’t bode too well for our chances of an omnibus, but this run just makes so much sense as a single book! It’s a pity Marvel didn’t take that route to begin with. For more info (including which Deathlok is which), see the Guide to Deathlok.

Darkhawk is a sort of underdog fan favorite of Marvel heroes, beloved by a lot of readers who enjoyed the wish fulfillment of summoning a powerful android to fight on their behalf. It was very on-trend for the early 90s, which saw the rise of Power Ranges. Darkhawk rarely made appearances outside of his own series, which was written entirely by Danny Fingeroth.

At 57 issues, the material is probably slightly too big to fit into a single book – although, Marvel did find a way to make it work for Deadpool!

Yes, I know – it’s almost comedic to be suggesting a Sleepwalk omnibus.Have you ever even heard of this super-obscure Marvel hero?

Stick with me for a moment. Imagine a world where Marvel … you know, actually marketed these omnibuses not just to rabid fans of the original comics, but to people interested in picking up complete stories of intriguing characters by a single author.

Of course, all of Marvel’s present day runs are designed to be bite-sized 18-30 issue nuggets that fit easily into an omnibus, but in the 90s that wasn’t as common. And, even when you did stumble upon a short series, it was riddled with crossovers. Sleepwalker isn’t. Aside from single-issues run-ins with Infinity Gauntlet and Infinity War (which are tie-ins, not direct crossovers), this is an entirely self-contained book. Given the price point of omnibuses, it will probably never happen, but I doubt Marvel would take the plunge on the 2-3 TPBs it would take to cover this series. 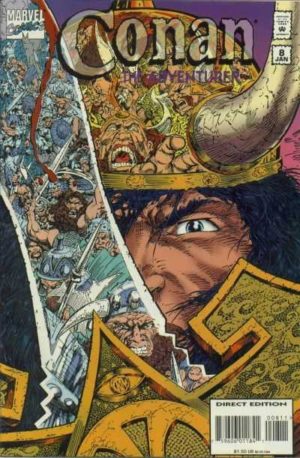 Realistically, this request isn’t aimed at Marvel, but at Dark Horse – who has the rights to reprint Conan material.

They have yet to touch any of this stuff, which is some of the only un-collected Conan still in existence. While they certainly will get to it in their trusty, comprehensive paperback line sooner or later, they could also knock it all out in a single omnibus volume. Visit the Guide to Conan to see Dark Horse’s impressive line-up of collections up to this point.

Given the mega-popularity of Marvel’s trilogy of Blade movies, it’s odd that their signature vampire-hunter has never had his own lengthy series or classic collection. While it would be tempting to star from 1992’s Nightstalkers, that book was part of three rather complex crossovers with other Ghost Rider family books. If we simple pick up Blade after that series, we can capture just about every canonical appearance he makes within an 11-year period in a single omnibus.

While the Avengers and Fantastic Four were away from the Marvel Universe in 1996 and 1997 Marvel actually put effort into launching several new heroes and teams to take their place. Most of these titles ran for just 20 or so issues and collect satisfyingly complete runs into tidy, smallish omnibuses.

Alpha Flight had its first relaunch as a part of these new titles, and while this title isn’t a widely-beloved classic like the original, it does benefit from having X-Men writer Steven Seagle penning the entire series. It also spun off Big Hero 6, who wound up getting their own Walt Disney film completely separate from the Marvel Universe.

Patrons can check out how this fits into the wider scope of Alpha Flight series in the Guide to Alpha Flight. 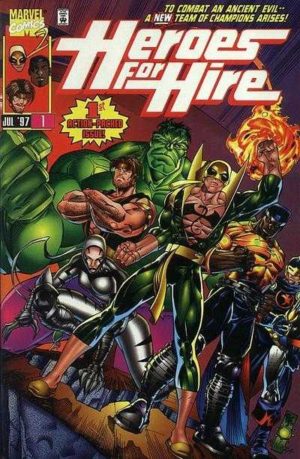 This run was just collected by Marvel in a paid of handy trade paperbacks, but if Luke Cage and Iron Fist persist in their popularity on Netflix this is one of their relatively few historic team-up titles after a potential two omnibus set of their original 1981 title. See Luke Cage for those existing paperbacks

Marvel occasionally attempts to resurrect their Tarzan clone into a new series, and this sprint by Mark Waid with a few finishing authors (including Christopher Priest) was one of the most readable – and, improbably, included a plot by Thanos just prior to his action in Infinity Abyss!

The Waid portion of this run was collected into a pair of relatively obscure paperbacks, but the final portion has never before been reprinted.