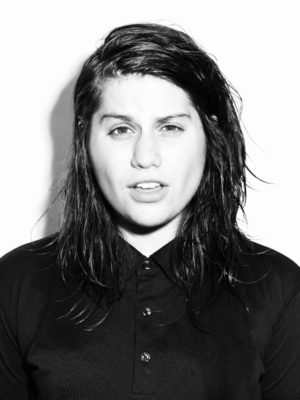 Of all the strong songs, “Let’s Call It A Day” is that one that captured my imagination the most on the first play, maybe because it so clearly illustrated to me the inclination to sub-genre-ize a rocker like Lahey just because she is a woman.

“Let’s Call It A Day” probably leaped out at me because of its 60s-sounding arrangement. I am a sucker for any kind of rock that sounds like an outgrowth of early-60s girl groups. The verses of this song have it in spades, with chiming keyboards on the quarter notes, a syrupy, reverb-drenched, descending vocal, and the heaviest hits on the four of each measure.

See, I did it already – I compared it to 60s girl groups. Do I do that when a dude-fronted band like Real Estate does it? Sometimes, because there’s something to the DNA of that drum beat, but not every time. I would have just said “retro” or “60s,” or compared it to pre-middle Beatles. 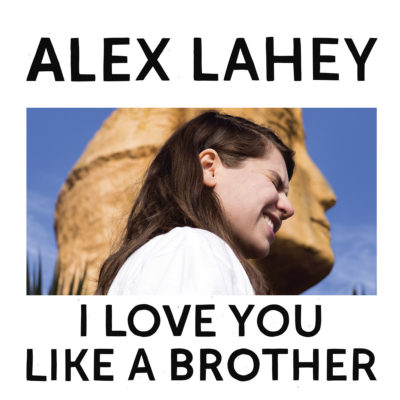 I’m sure I’m not the only one.

In reality, only a portion of the song adheres to that particular throwback sound. The wordplay, oo-ing chorus, and wave of guitars on the chorus both feel thoroughly modern, even if the sudden minor turn of the the final line feels a little retro. I especially love the repetitive, bobbing melody of the pre-choruses:

I let this tune sink into my brain as I puttered around our kitchen, hitting repeat several times before I let it slip by. I found myself first assessing all of the little genre nods in the arrangement and subcategorizing the song in a number of different ways.

Then, on the third or fourth play, my spinning thoughts snapped together and I said to myself, “this is just a really good rock song.” Full stop. One of my favorites I’ve heard this year, really, regardless of the gender of its performer.

That’s how I feel about Alex Lahey in general. I think she’s a terrific new voice in rock who is drawing within the lines of the genre but doing it in a way that feels powerful and thrillingly energized. It reminds me a lot of The Pretenders, one of my favorite bands of all time. The Pretenders are also fronted by a guitar-playing woman and also frequently have a retro bent, but for decades they have music that’s been obvously “rock” without a need to further categorize it.

I really want to see Alex Lahey receive similar recognition for her rocking accomplishment without it being footnoted with the word “woman,” because I haven’t heard any man in rock turn in a song or an LP quite this simply compelling so far in 2017.