Here’s part two of my one-two punch of Marvel Era guides for Patrons of Crushing Krisis, and oh my goodness was this one a lot more complicated than the first! 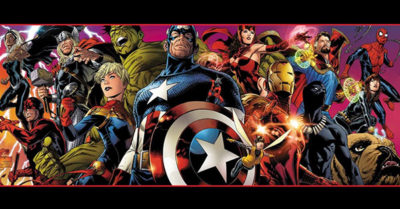 This Marvel Legacy page covers every series that was released during Marvel Legacy, a brief six-month period of Marvel continuity that followed the ending of Secret Empire.

For each series, it lists the launching creative team, explains where it continued from and where it will continue to, and links to the guide that contains the full reading order details.

Marvel Legacy was a peculiar period. Unlike most Marvel Eras, it didn’t include the launch of many new series. In fact, that was it’s selling point: stability. Less new stuff, fewer events, and a general refocus on some of the classic elements and heroes that make Marvel awesome.

To emphasize that last point, Marvel undertook a confusing and uneven tact of renumbering the series of long-running franchises with “Legacy Numbering” to reflect every issue ever released. This not only advanced some series hundreds of issues higher than they had ever been before (Avengers, Doctor Strange), but Marvel inexplicably didn’t apply the numbering to every eligible series (Jessica Jones, Runaways, Secret Warriors, Thanos, Weapon X).

Despite that modus operandi, Legacy wound up being not much more stable than any previous era. Many series got the axe in this period, some after barely an arc into their Legacy renumbering (Generation X, Luke Cage, She-Hulk). And, there were multiple events in this period – they simply weren’t line-wide and didn’t involve many tie-ins.

Putting this page together proved just how few gaps I have in my Marvel coverage – especially of their line-up of “Legacy” titles. Aside from a lack of a Falcon page and a Spider-Man Spinoffs guide, all but one title were already covered on CK!

This era guide is just the second in a series. I’m hoping to launch them regularly, but as I get to older and older eras, the guides will require increasingly more research.

Want access to this guide today? This is guide is available to all Patrons of Crushing Krisis, regardless of their level of support. Join the campaign by pledging as little as $1 a month to support a site that can help you fall in love with and follow thousands of your favorite comic books.