You are here: Home / consume / Crushing On / Music Monday: “Slow Song” – The Knocks with Dragonette

When I listen to “Slow Song” by The Knocks with Dragonette I feel instant nostalgia.

Have you ever felt that? Maybe not, because I just made it up. Or, at least, I’ve made up my particular use for it. People have coined the term to explain the effect of technology on memory or how to live in the moment.

I mean something different. I’m trying to describe the sensation of encountering something new that makes you feel nostalgic for a certain time or place, even if that new thing does not connect to or embody that memory.

I suppose it is something like déjà vu, which eternally asks the question: Do you really have a fleeting memory of having experienced this moment before, or is it a random misfiring neuron in your temporal lobe?

Yet, my experience with “Sad Song” is different. It wasn’t a fleeting feeling the first time I listened – a passing recognition. It’s a persistent tugging on the strings of my memory. It’s a certain lack of gravity in my stomach. It’s my skin remembering being newer and softer. It’s sudden tears in the corner of my eyes.

A lot of music trades in nostalgia. Even when a song doesn’t use an outright sample of a prior song, sometimes it can evoke an older track just through a certain leap of melody or the timbre of an instrument.

At first I thought that was what I was getting from “Sad Song.” The bass has that certain woody sound to it. And, I’ve been a fan of Dragonette for years – I own every one of her songs. Maybe it was just her voice? No. It wasn’t that. This doesn’t sound like any particular period of music I’m connected to. Dragonette’s voice is smoother and more legato here than her typically prickly delivery. 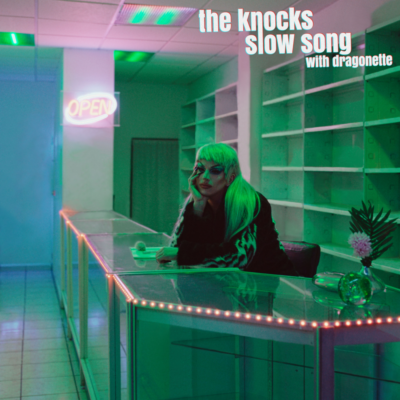 It’s something about the combination of the lyrics and the video.

In the second verse, Dragonette wistfully croons, “Oh, I got ways of losing you baby. I’m faster than whatever you’re chasing.

Something about that line utterly breaks my heart. It feels like the flipside of Robyn’s “Dancing On My Own.” It’s about pursuing something you want and thinking that the person you want – the person you love and need – is right beside you, only to turn to realize they’ve outpaced you and are disappearing into the horizon like a setting sun.

She was always faster than whatever you’ve been chasing. You thought she was moving at your speed, but she was really running circles around you, circles and circles again until you weren’t sure if it was her spinning or you.

Was that the instant nostalgia? The feeling of that perfectly described fading connection between two friends or lovers?

It was that, but also the visual of the song’s video. It stars Aquaria, the winner of RuPaul’s Drag Race Season 10. It begins with her bored and working the night shift at a shiny neon pharmacy. She’s already made up for her night out and she dances through the city streets to a dingy local bar. There she spins and spins until the groove is gone, but now the groove is her own and she caries it back out into the night with her.

There is no departed lover in the video. We only get to see the woman who left them in her wake.

I’ve been to that bar. Not the one in the video shoot, but one like it – the dingy back room spruced up with some bright lights reflecting off of mirror walls. I’ve been to so many bars, growing up the child of two bartenders who met bartending, married at their club, and kept on doing it far into my childhood, long after they were separated and spinning away from each other.

I’ve been that girl, or thought I would become her. I’ve spun in those dingy rooms, empty with the jukebox to myself, or full of bodies and the sickly smell of spilled beer and cigarettes. Later, I’ve danced drunkenly through the night to the sound of a song playing only in my own head.

That’s the instant nostalgia I feel when I hear and watch “Slow Song.” It’s about fleeting moments of my youth that intersected with an adult world that I thought I might one day inhabit, but which no longer exists anywhere but my memory.

How small are the chances that I will ever again meet anyone who remembers that particular dingy back room, or that certain block of city concrete I danced across? Even if I was still in Philadelphia, it’s been a long time since I moved alongside the people who share those memories. We spun off in different directions ages ago. And now I’ve spun off even further, spun around the globe so far. Now I’m excited to meet anyone who has even passed through Philadelphia, even if they don’t know those bars and blocks.

That’s the instant nostalgia of “Slow Song” for me. It’s at once the happiest and saddest thing I’ve ever heard. And, much like the memories it evokes, that feeling might be totally unique to me.