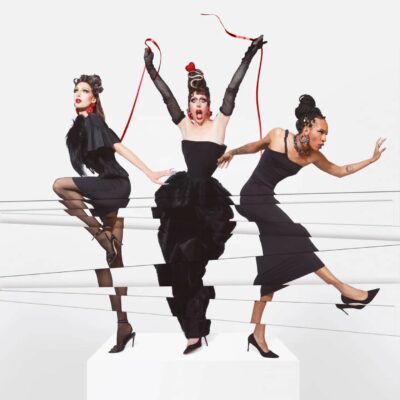 We’ve reached the end of Drag Race France Season 1! We now have our first ever queen of French drag and I have nothing left to rank… or do I?!

If you have been reading my recaps all along this season you will know I am very pleased with our winner, but more than a little surprised with her win. That’s especially true after rewatching the episode to see just how approximate her choreography was in the choreographed lip sync challenge.

However, I think our new reigning queen drove home her story as the rightful champion in every other aspect of the episode. She had the most compelling personal chat with Nicky Doll, the most thrilling runway presentation, a strong and emotional speech to her younger self, and by far the most captivating final lip sync.

I think it’s always a good thing to be reminded that an artist can win Drag Race without having to be a perfect “all-arounder” who is brilliant at every challenge and who has an easy-to-consume approach to drag. I’d rather take someone who is truly brilliant in some areas with a real weakness in others than someone who is slightly above average at everything.

That said, I would have been happy with any of these top three queens winning a Drag Race crown, which is not something I can often say about a group of finalists. Usually even when I am equally excited for everyone, I’m still leaning towards one in particular as a winner. This time, while I did have a sentimental favorite, on merit alone I could’ve seen any of them taking the crown.

Before we wave a final au revoir to Drag Race France, shall we have one final ranking? Let’s take a look at the final eleganza looks from our 10 queens – and, please comment if you agree (or disagree!) with my rankings.

Reminders: I consistently refer to Drag Race artists with their drag names and with she/her pronouns even when they are not in drag, which is the convention of the show. Some performers may have different personal pronouns. Drag is inherently brave, political, and artistic, and all drag is valid. It’s also hard to do. I’m commenting on drag artistry in how it comes across on this specific television program, but the reason I’m commenting at all is because I celebrate all drag!

La Briochée (Instagram / TikTok / Twitter) has a delightfully Vaudevillian bent to several of her runways, and part of what makes them so delightful also means they don’t read well on Drag Race: they are built for live impact but not to read well on camera on the Drag Race runway.

I actually adore this patchwork doll dress and matching puppet on a conceptual level, but it’s hard to read anything about this as being particularly elegant, nor does it do La Briochée’s proportions any favors.

I wish we could’ve seen her make it to the singing challenge, because she would’ve given the rest of these queens a run for their money! 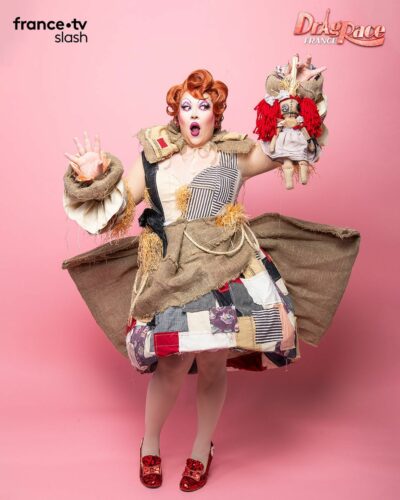 It would’ve been just as fugly on Gaga.

That La Grande Dame was still transfixing while walking this garment shows off her power as a runway model. It’s a power that only increased as the season wore on and she was able to tap into more of her joy and humor while modeling.

While La Grande Dame didn’t win the season, I’m not certain she needed to. I think both the exposure and the growth she reaped from the experience will pay her back many times over. 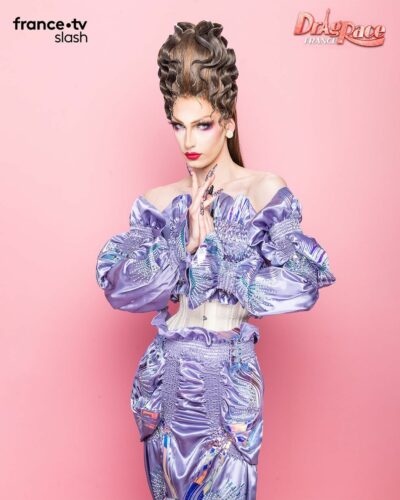 Lova Ladiva (Facebook / Instagram / TikTok / Twitter) gave us one more dose of over-the-top, old-school drag with this “saloon girl meets the raven queen” mash-up. It’s absolutely too much and borders on ridiculous and I wouldn’t have it any other way.

Maybe I’ve been projecting onto Lova Ladiva all along, but there’s something about her drag that feels distinctly pre Drag Race to me despite her relative youth. Her broad nose contour, carved cheeks, and dark-lined lips pay no mind to any recent trends in queens across the franchise and across the internet, and I enjoy that.

Lova Ladiva does her own version of drag, and I’ll bet you anything she delivers an awesome live show for the price of your ticket. 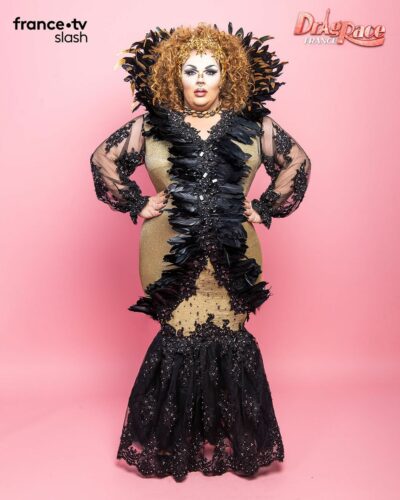 La Kahena (Instagram / TikTok / Twitter) had a perfectly fine runway look. I’m not sure if I’d call it Dragnifique, but there is something appealing about how it is both frilly and plain that gives her a certain austere quality that stands up nicely to the rest of these queens.

Then she started taking it off.

I actually think it’s wise to have your finale eleganza look be a convertible one if not an outright reveal, since there’s always the chance you’ll have to do some dancing in it. And, knowing you have a convertible look and one final chance to walk the runway, I understand the urge to show all it could do. However, there was something deeply awkward about her stripping in the middle of the runway, especially because it seemed as though there might be a gimmick to it which never came.

Also, La Kahena continues to have an extremely subtle paint. Ultimately, I don’t think her drag was a terrific fit for the Drag Race machine. 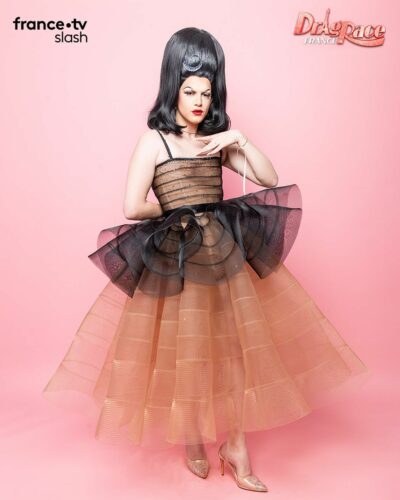 La Big Bertha (Instagram / TikTok / Twitter) stayed true to herself to the very last, presenting another reveal that made a statement about the ways we measure and value bodies.

Even if we’ve seen this “fashion doll” concept done many times over at this point, I think there are several appealing elements of this one – including the nude satin corselet-and-garter combo and the red shrug-into-cape-into-skirt transformation.

There is a part of me that believes if La Big Bertha could re-do the season right now she would come back and crush all of these queens, but another part of me thinks she might choose to do everything exactly the same. Even when her outfits didn’t read well on stage, there was never a doubt that they represented her specific artistic vision. I’ll always applaud that. 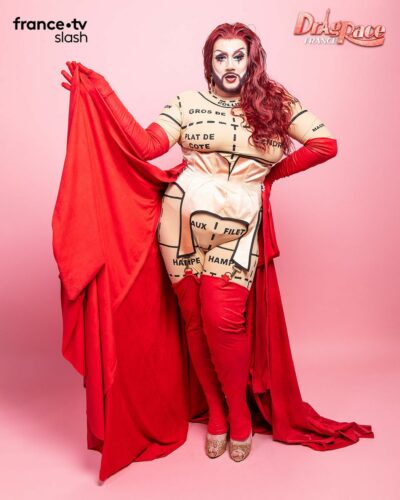 Soa de Muse (Facebook / Instagram / TikTok) made me smile with this finale runway, because it showed off just as much of her ass as her Bottom Two design challenge look, but this time the judges were forced to compliment her for the clearly intentional choice rather than unfairly slag her for it.

Do I wish this garment was a little more for a final runway? Actually, no. This is incredibly consistent to Soa de Muse’s style all season long, but it feels like an elevated version. I love that she is giving us elegance here in matte leather and beading rather than with a bunch of stones. Stoning doesn’t always equal eleganza!

I was worried about the strength of Soa de Muse’s suitcase based on her Instagram looks, but she was never a disappointment on the runway. It was simply that – speaking very generally – her version of couture was more about culture, punk, and genderfcuk than it was about runway fashion. Despite that, as a runway model she gives La Grande Dame a run for her money.

(Also, funny how she and La Grand Dame wound up with the same exact average score from my rankings despite having wildly different ranking histories! Sometimes the serendipitous wisdom of my rankings can surprise me.)

I’m sure Soa de Muse is going to be massively famous in the wake of this show, and she deserves every ounce of attention. 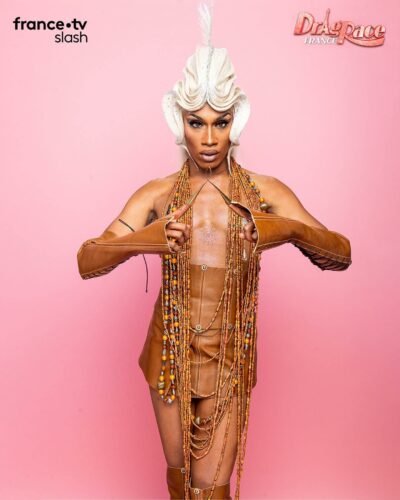 Kam Hugh (Facebook / Instagram / TikTok / Twitter / YouTube) served us princess fantasy with all of detailed styling we’ve seen from every look this season. Where some of her corsets were sparser affairs or more high-concept in their styling, this one felt softer and more elegant.

As glad as I am to have met Kam Hugh through watching this show, I think of the entire cast she may have been the queen who was simply a year too early to the competition. Her looks are so incredibly refined, and her make-up is so wonderfully intricate, but she’s a young queen who coming out of on-and-off lockdowns across France could’ve used a year or two of live performance to really give this cast a run for the crown.

Even without that stage experience, there’s something so endearing about Kam. There’s a reason she is successful as a beauty YouTuber as much for her out-of-drag looks as for being a drag queen. That personable quality isn’t something easily learned or acquired, and I suspect it means she will remain highly-visible in France’s realm of drag and beauty for a long time to come. 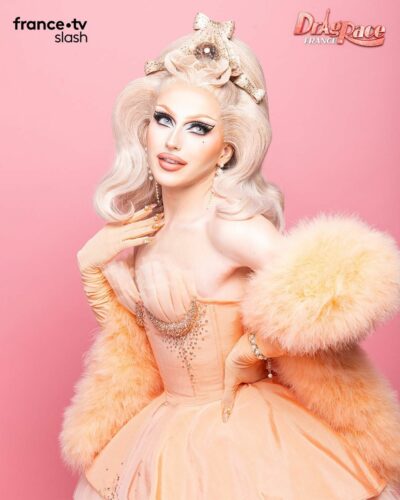 Elips (Instagram / TikTok) served androgynous fashion in this Dragnifique runway and I lived for it! Queens so rarely show off their natural hair in a way that works on Drag Race, but this buzzed bright red hair juxtaposed with a sleek elegant look with exaggerated poofed sleeves was perfect.

I remain somewhat embarrassed by ranking Elips last in the pre-season when it turned out she had everything it took to go toe-to-toe with our final three. In my defense, the reservedness I was concerned about was often her only weak spot in an an otherwise thrilling season performance with a few potential winning moments. I’ll forever feel she was robbed of Snatch Game! 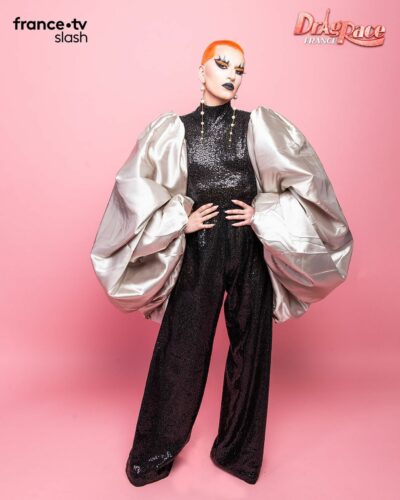 Lolita Banana (Instagram / TikTok) brought exactly what anyone should bring to a final eleganza runway: a heightened version of what she had been wearing all along.

While this bears some similarity to some of the culturally significant looks Lolita wore over the course of the season, there are enough details here to make it feel fresh and exciting. The massive hat working as a halo, the burnt orange scarf, the way the skirt cuts at the knees but the dress continues in piles of frosting-like frills… it’s all incredibly satisfying. I don’t think Lolita Banana has ever looked lovelier.

Lolita’s track record will never truly show off how close she came to winning so many different weeks this season. She really was the queen who could do anything, and in that she was the perfect foil to a Top Three who were each nearly perfect but had a specific achilles heel. 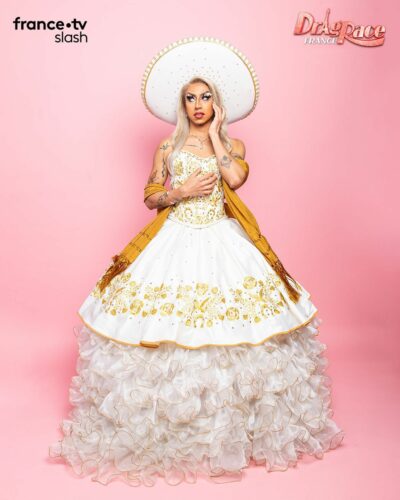 She is the one queen who brought the perfect mix of royalty, fashion, and stagewear to this final runway presentation. I loved the asymmetrical poof of hair, the monochrome garment, and her exaggerated heart hips and exposed ass after her reveal in the lip sync. This is the kind of richness and drama you need to bring to Dragnifique finale – including a “ready to do so” dance costume. 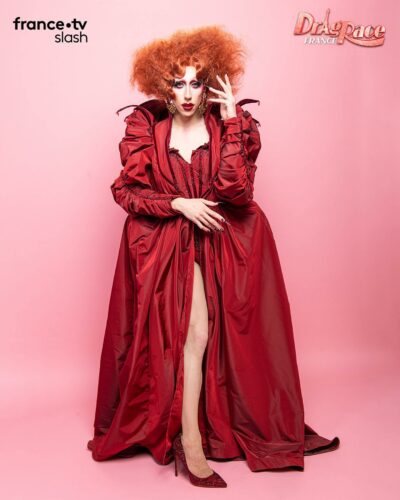 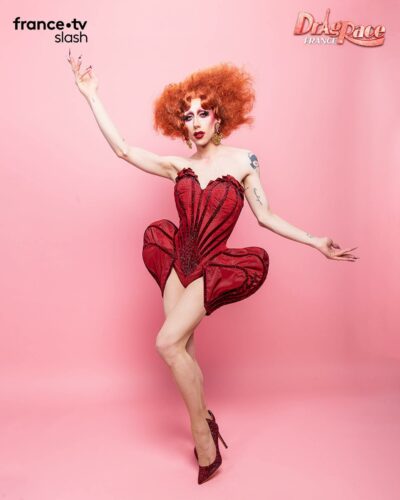