Welcome to my recap of the fifth episode of RuPaul’s Drag Race All Stars Season 7 – Draguation Speeches, a challenge that mashes up comedy with inspiration and a touch of personal branding.

This is a fascinating challenge because there is nothing quintessentially “drag” about it, yet it is perfectly representative of the direction of the show in 2022. 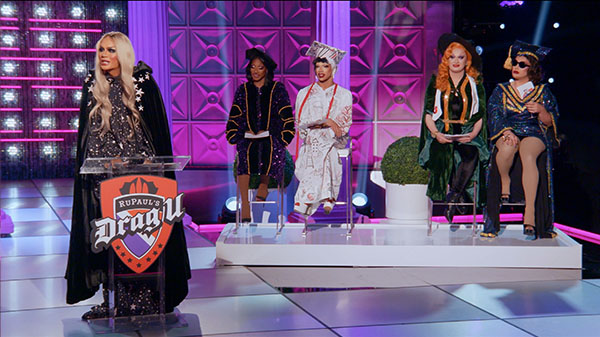 Drag Race constantly finds new peaks of cultural influence, and with that higher profile all of its contestants have a higher profile than ever before. Drag Race winners used to compete to score a club tour sponsored by Absolut Vodka.

Now, winning queens are getting the opportunity to appear on stage at the Emmy awards, walk the runway for Fenty and other fashion brands, and attend the Met Gala. Peppermint, the only Season 9 finalist to not yet have her own crown, just hosted the GLAAD Awards!

Of this cast of winners, five host ongoing podcasts (Jinkx hosts two!), Raja has hosted Fashion Photo RuView for almost a decade, Viv has anchored several Netflix YouTube shows, Monét had her own talk show, Jinkx has written and produced multiple one- and two-woman shows, and Shea has appeared in multiple features in Vogue – among many other appearances and accolades.

That’s the genius of this challenge. Draguation Speeches are not about a skill critical to the foundations of your drag, but the skill of translating your drag into different contexts. A show that started as an (even-more) queer spin on Project Runway is now a public-facing finishing school that turns former bar queens and Instagram influencers into in-demand LGBTQAI+ spokespeople.

If no Drag Race queen has been invited to receive an honorary degree and deliver a commencement address, it’s only a matter of time.

(Actually, Sasha Velour delivered a commencement address to The Center for Cartoon Studies’ class of 2020!)

Of course, it wouldn’t be a Drag Race challenge without the added requirement of making Ru laugh! Which queens manage to be both inspiring and hilarious? As it turns out, Ru and I are split on the decision. Read on to find out about our disagreement. Plus, at the end of the recap I’ll update my Episode 4 power rankings to show where the queens stand after another week of Legendary Legend badges. (Want to skip right to the power rankings? Go for it!)

Readers, start your engines! And, may the best drag queen… win! END_OF_DOCUMENT_TOKEN_TO_BE_REPLACED

Welcome to my recap of the fourth episode of RuPaul’s Drag Race All Stars Season 7 – Fairytale Justice, an improv acting challenge!

I have done improv in college classes and as a warm-up for rehearsals, but I’ve never officially performed improv for an audience. That still gives me a lot more exposure to improv than average TV viewer. I’d guess that the vast majority of people’s experience with improv comedy comes from watching Whose Line Is It Anyway? and having heard of the rule of “Yes, and…”

Broadly, the idea of “yes and” means that you accept what others in your scene have said as reality and then you add to it. 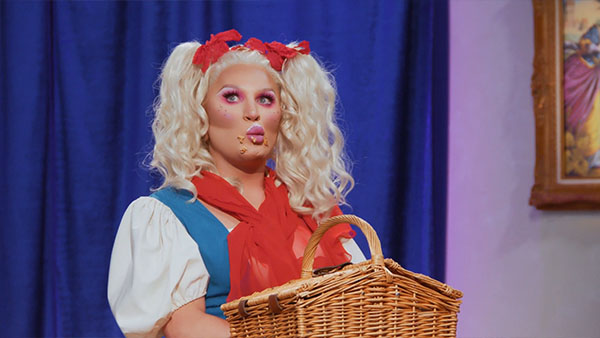 That might be the primary rule of improv, but it’s not a rule in the sense that people who haven’t done improv often expect it to be. It doesn’t mean that you must always say “yes, and..,”, that your character can never disagree with another character, or that the story can never contradict itself. It also doesn’t mean that everything in improv has to be done without a plan or with no preparation.

“Yes and” is simply a guideline for productive collaboration. It’s a means of always moving forward instead of pausing to correct or edit, even if that means you move forward into conflict. Any good conversation you’ve ever had involved an amount of “yes and.” So have most of your successful group projects. Even working from an agenda in a meeting requires an amount of “yes and”!

As it turns out, life is largely a game of improv.

RuPaul emphasizes improvisation on Drag Race because improv is foundational to not only his idea of comedy, but his entire career. Ru loves the idea of “volleying” – being able to trade an escalating series barbs live with another player. That quick wit has been a huge part of what has made him an enduring icon in entertainment. He picked that up from a wide array of silly 60s, 70s, and 80s influences like Laugh-In, The Sonny & Cher Show, comedians on gameshows like Match Game, and late night hosts like Johnny Carson and Joan Rivers.

Not all Drag Race contestants fully grasp this idea of “yes and,” let alone how to use it to play for laughs. That has resulted in many uneven improv moments over more than two dozen seasons of the show’s many franchises. Yet, in this episode, we saw two of the best ever examples of “yes and” in Drag Race history!

Do you know which two queens I mean? Keep reading to find out in my full recap of “Fairytale Justice.” Plus, at the end of the recap I’ll update my Episode 3 power rankings to show where the queens stand after another week of Legendary Legend badges. (Want to skip right to the power rankings? Go for it!)

Readers, start your engines! And, may the best drag queen… win! END_OF_DOCUMENT_TOKEN_TO_BE_REPLACED

Yes, my dear readers of all ages and genders, you read that title correctly: Drag Race coverage is back for a limited time only, to cover this senses-shattering All-Winners series! 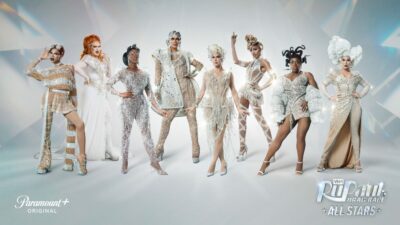 Honestly, I’m still watching every episode of every iteration of Drag Race, but that has escalated from about 20 episodes a year five years ago to almost 100 a year today thanks to Drag Race, All-Stars, UK, Holland, Canada, Espana (Spain), Down Under (Australia + New Zealand), Italy, and vs. The World; already-shot debut seasons from France and the Philippines; pending franchises from Mexico, Belgique (Belgium), & Sverige (Sweden); and the oft-rumored Ru-turn of Thailand! Plus, Dragula!

That’s a lot of drag artists to consume every year and I love every single second of it, but this new season of RuPaul’s Drag Race All Stars Season 7 takes the crown because it features eight winners crowned by RuPaul herself over the past 11 years – starting with the incomparable legend Raja from Season 3 through All-Stars Season 5 winner Shea Couleé.

Who has the best chance to walk away as the QUEEN OF QUEENS in this 12-episode special event? I’m breaking down all eight of these queens based on their track records of Charisma, Uniqueness, Nerve, and Talent… plus, their Fashion sense and Lip Sync abilities, and what common Drag Race challenges they might actually win on this stacked cast!

Then, in two days, come back for my RuCap and Power Rankings of Episode 1 – “Legends”!