Yesterday, the kid and I made nearly a full day excursion to the Queensgate Mall to buy clothes and various other supplies for the upcoming new school year. 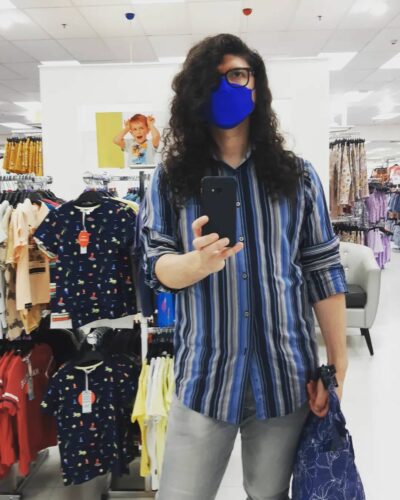 There are many things about New Zealand that delightfully feel retro to me. For example, it’s exceedingly common to see cars with all manner of advertising wraps on them for local businesses that clearly proclaim a phone number but no internet URL.

Nowhere else in New Zealand is that feeling magnified more than in a shopping mall. By the time we left the states malls had either begun to wither and die, or had becoming echo chambers filled with only the biggest brand outlets – each one a copy and paste of the next. The surviving malls feel like they lost their identities. There weren’t any weird little stores like the ones I remembered from my youth – before you could find anything you could imagine on Amazon and have it shipped to your doorstep in under 48 hours.

Walking into a mall here transports me back to my 1990s youth. I’m not sure how to explain it. It’s not just the absence of Amazon. New Zealand has startling few of the kind of “we sell everything” big box retailers that altered the American shopping landscape before Amazon’s ubiquity.

Are you old enough to remember when Circuit City started carrying $13-dollar CDs, but then Best Buy swooped in with more floor space and more electronics and $12-dollar CDs? Or when going to your local Clover, Sears, and K-Mart got superseded by going to even bigger Targets and Wal-Marts, which added things like furniture, groceries, and automotive sections?

Do you also remember how their side effect was killing off not only downmarket shops, but upmarket department stories? Or when massive category retailer warehouses like Bed Bath and Beyond started popping up as shopping destinations of their own?

Those types big stores really don’t exist in New Zealand – those apex predator brands whose entire raison d’etre is to choke out the local market. Or, at least, I think they are confined to Auckland or Christchurch, because Wellington does not have them. The only big-box-ish, category-spanning store we have here is The Warehouse, which feels a lot like early American versions of Target – right down to their signature color red. 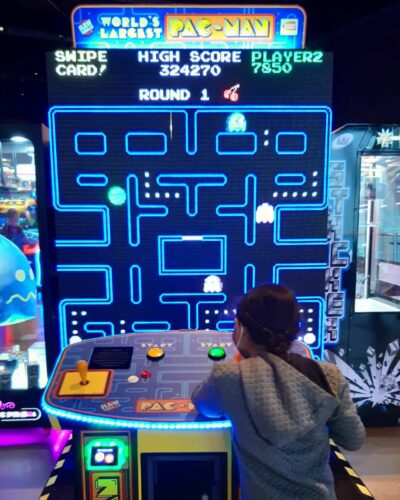 How do they sell enough pencil cases to pay their employees, let alone the rent?!

Every time we visit one it’s an instant double hit of nostalgia for me. One hit for how each mall still has its own distinct fingerprint that made you excited to visit one rather than another, and another hit for seeing something like a mall of my youth through my kid’s eyes.

The mall a place where I try to say yes to everything she asks for, which are often experiences and not things that cost exorbitant amounts of money. Yes, we’ll go in that odd little store. Yes, we can ride the escalator up and down for no reason. Yes, you can buy that weird necklace you think is cool. Yes, you can play the giant version of Pac-Man in the movie theatre arcade.

That’s how I remember malls. Those little moments. I remember how we’d get a slice of pizza from the same weird, half-bad place in the food court every time, and how afterward I’d beg for a spare dime to throw into the fountain outside of Buster Brown before we’d head in to buy a new pair of school shoes.

I know those experiences can still be had in America, but they bear the weight of the past 30 years of unchecked consumerism and live under the relentless spectre of the constant threat of gun violence.

In New Zealand, a mall is still just a mall.

Previous Post: « Crushing On: Caught In The Act by Courtney Act (2022)
Next Post: CMON’s Marvel United returns to Kickstarter with Marvel United: Multiverse! »