You are here: Home / consume / comic books / New for Patrons: Guide to Werewolf by Night

I’m excited to be back on my comic-guide-making A-game, picking up right where I left off with a guide for all Patreon supporters of Crushing Krisis to one of Marvel’s many 1970s horror characters that followed in the wake of the easing of the Comic Code. Thanks to his entry into the Marvel Cinematic Universe, there’s some renewed attention on Jack Russell, and you can read every issue of his comic book history in my Guide to Werewolf by Night!

Guide to Werewolf by Night 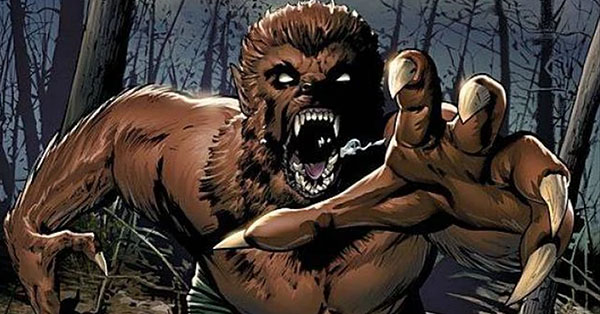 Jack Russell is one of those Marvel characters who appeared consistently throughout the Bronze Age and then had a hard time finding his footing afterward. I’m never sure if that’s down to the departure of creators who favored a character or simply the changing landscape of comics in the late-80s and early 90s.

In this case, I think it’s a combination of both.

As I read every Jack Russell appearance to put together a Guide to Werewolf by Night, I discovered that some of his post-Bronze Age solo material is quite strong. Len Kaminski penned a run of solid short stories in Marvel Comics Presents at the end of the 80s that featured Russell hunting down other monsters who needed taming. Paul Jenkins re-launched the title in 1998 with a wonderful Hellblazer-esque vibe, but that brief Marvel-does-Vertigo period got trumped by the success of Marvel Knights titles in the coming years.

Ultimately, Marvel isn’t always the best home for characters with a long-term macabre vibe, which explains how Jack Russell morphed into a more comedic character in the 00s and 10s – or, at least, he is still a sympathetic character but now in a comedic context in books like Legion of Monsters and an especially unfortunate run of cameos in Deadpool.

Will Jack Russell’s entrance into the MCU help to bring him back to prominence in comics? So far he only garnered one appearance on the back of his MCU entry – a 2022 Moon Knight annual that pulls him out of the comedic zone and reconnects him with The Darkhold.

In the wake of the smash success of Immortal Hulk I think there’s still space for Marvel to carve out a small line of scarier books if that can similarly offer fresh takes on old horrors. I think there’s a lot of room in Jack Russell’s story to explore living with his multi-generational curse and trying to help others live with theirs.

On a personal note, it was a relief to return to the development of this guide after a four-month gap and find it easy to pick up. I’ve had to change so many guide processes in the past few years to update and expand Crushing Comics, and sometimes those new processes come with a high mental load. It makes getting back to comic guides feel like swimming through molasses. That wasn’t the case at all with the Guide to Werewolf by Night, which was downright fun to finish.

I’m looking forward to sharing a few more new guides with you in the near future, as well as completing some much-needed updates on older guide pages.

All Patrons of CK can enjoy my hours of research in this Guide to Werewolf by Night, part of my Crushing Comics Guide Reading & Collecting to Marvel Comic Books.

Previous Post: « the early bird gets the eggs
Next Post: Crushing On: Willow Season 1 on Disney Plus »