You are here: Home / consume / teevee / Crushing On: Willow Season 1 on Disney Plus

E and I absolutely loved the revival of the original 1988 Willow film as a television series on DisneyPlus!

That wasn’t a guaranteed outcome.

Even though Willow is one of the first films I can remember watching in a movie theatre, when I heard that it was being rebooted for Disney’s streaming service my reaction was somewhere on the spectrum from disinterested to actively hostile. 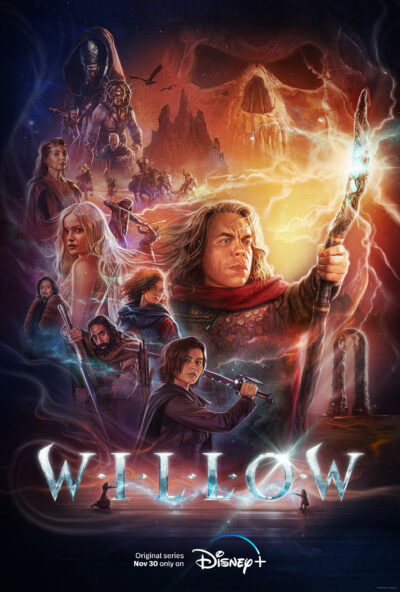 I love having my nostalgia buttons pushed as much as anyone, but can’t we just let some things live in our memories untouched as a single bold and often-silly original film? And a startlingly good novelization by Wayland Drew? And a pair of little-known sequel novels written by Chris Claremont(!)?

The question contains the answer. Extending properties like Willow for an audience of devoted geeky fans is nothing new. What’s new is that geekdom has pervaded pop culture so thoroughly that these properties are wagered on as movies and major tentpoles for streaming networks!

I’ll admit, I wasn’t wild about the first episode of this eight-episode season. Even with Warwick Davis on board, without Val Kilmer could it possibly recapture the inane magic of the film? Despite high production value, at first it seemed to be mired in focusing on a group of preternaturally attractive young adults who seemed to have only a passing connection to the original movie.

In fact, the show almost lost me with a ponderous third episode that was almost too dark to decipher – even with the lights turned off and the contrast cranked up!

What ultimately won me over to the show wasn’t just continued improvement in production value as it centered a queer love story. (More on that in a moment!) It was also something it shares with the original film.

Willow was a Hero’s Journey that turned the Hero’s Journey on its head. The movie was ostensibly about finding and saving a chosen one, but that chosen one was a defenseless baby. This was not a story about Luke Skywalker becoming an unstoppable space sorcerer. Willow himself was a bumbling wannabe wizard. Sorsha was a privileged princes and Madmartigan a feckless mercenary.

Willow was a story about unlikely heroes deciding to care about the fate of the world, as well as the fate of each other.

This new Willow show follows a similar trajectory. It has a cast full of seemingly “chosen” characters. Everyone in the main ensemble comes from an important lineage, has a major quest, or has been imbued with special power. In a world that has grown complacent while great evil grew at its margins, they were all satisfied to simply play the roles they were assigned: vapid prince, bored princess, dutiful soldier, directionless commoner, hopeless prisoner, and a humble patriarch.

The reemergence of evil forces each character to confront those roles and the assumptions that came with them in unexpected ways. 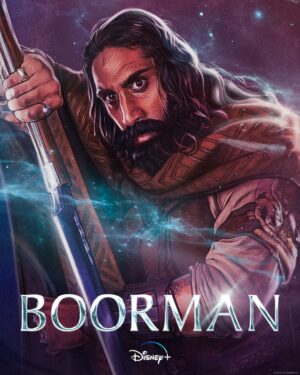 Each of the characters is a potential “Chosen One,” but none of them would be happy playing out those chosen roles as prescribed. It was a delight to watching them all struggle with their own identities, learn things about themselves that had been kept from them, shed the parts that made them feel trapped, and emerge as more fully-realized characters.

In a cast full of breakout performances, it’s hard to narrow it down to just a few. Amar Chadha-Patel as the endlessly pessimistic Thraxus Boorman goes from bleak and menacing to cuddly and lovable. Bring this man a major film franchise immediately. Tony Revolori continues a streak of solid character work and delivers real transformation across the season. Ruby Cruz was a revelation for me in her second featured role after Mare of Easttown. There’s something eminently watchable about her.

And, of course, Warwick Davis is utterly magnetic. After decades of supporting roles, here he is often the leading man. He’s aged into the role of a world-weary mentor supremely well, which makes his moments of comedy and might even more satisfying.

All but two of the main cast of the show are young adults, so it’s no surprised that it comes with several romantic entanglements. These are plots I could usually take or leave, but one took me off guard: The central romance of the show is an unabashedly queer, women-loving-women couple.

The romance is presently plainly and unblinkingly from the first episode onward without a moment’s hesitation. While there’s a “will they or won’t they” quality to the plot, it has nothing to do with either character coming out of the closet or accepting their sexuality. There’s no moment of judgement. There’s no belabored fantasy-world explanation about a special tribe of sapphic amazons. All of the problems in the pairing are down to the same fumbling uncertainty of any young romance.

It was so refreshing to realize that this queer love story didn’t come with any real-world-tragedy strings attached. The same is true of an interracial romance beat, as well as Willow’s home life as a Nelwyn. Nelwyns are never made out to be magical, mischievous hobbits who can only exist in a fantastical world. They’re simply a tribe of smaller people. 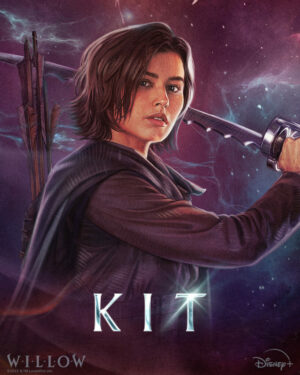 Those refreshing portrayals unfurled against a refreshing visual change in the show starting at its midpoint, as we exit dismal rain and dark landscapes for lush green forests, a warmly firelit cave, and a visually spectacular endless sea. The fantastical, magical effects of the show are rendered in cinematic quality. Together, Episodes 6 and 7 feel like they could’ve easily served as feature-length film sequel to the original story with little tweaking to their visual language or pace.

Willow‘s story has serious stakes, but it is not a serious show. I love that about it. The original movie wasn’t serious in the least – Val Kilmer ad-libbed the whole dang thing. The show feels like a D&D campaign come to life, complete with all the bad decisions and even worse puns that entails.

We need more epic fantasy in our screen media now that technology is ready to do them justice, and they don’t all have to be ponderous slow burns for adults with infinite attention spans who are sketching out a flow-chart of the characters.

I started my watch of Willow assuming it would be something I’d play in the background, but I ended with the final two episodes as appointment television that merited my full, undivided attention. While the show ends as a complete story, there’s certainly more to be told in this world and with these characters. I think this cast is magical together, and I dearly hope we’ll get to see more of them in a second season.